Almost forty years have passed since Diane von Furstenberg marched into our collective consciousness, causing women around the world to rethink how to dress for power . . . with style.

When I was in college in the mid 70s, Diane von Furstenberg was on top of her game. Designer, successful businesswoman, and style icon, Diane was my generation's "It Girl." By the time she was 28, she had invented the famous wrap dress, had hundreds of people working for her and was featured on the cover of Newsweek. A daughter of a Holocaust survivor, Diane was living the American dream and was dressing a large percentage of American women.

In her 40s, she gave up control of her company, broke off her relationship with a writer (she had already been divorced from Egon von Furstenberg), and moved to a house in Connecticut, not sure what she would do next.

Once Diane turned 50, she entered a period of confusion, frustration but, ultimately, rejuvenation. She bought back and restarted her business, moved it into a huge office building in the Meatpacking district of Manhattan, and remarried, becoming the poster child for women over 50 who are reinventing themselves with confidence and style.

I figured out a way to meet Diane, so that I could interview her for my book, "The Best of Everything After 50: The Experts' Guide to Style, Sex, Health, Money and More," specifically to talk about starting over after 50. I was feeling insecure, and invisible, after I turned 50, and unsure how to approach my health, fitness and style. This was especially important to me, as I was embarking on a career change, and wanted to present myself to the world as a modern, confident post 50 woman. Being a big believer in asking for help, I thought, "Why not go to one of the most successful women of our generation for some ideas and encouragement?" Diane, being a huge believer in connecting with and helping other women, agreed to meet, and the date was set.

I had always been a big fan of Diane's, ever since I put on my first wrap dress back in 1976. My friends and I wanted to look like her, dress like her, have her boyfriends, be her. She was the epitome of cool and the perfect role model as we were starting to think about life after college. I bought her first book, "Diane von Furstenberg's Book of Beauty," that year, and it stayed with me, as did Diane's advice, through many different apartments, jobs and adventures. Surprised and pleased that I still had the dog-eared book (I brought it with me for her to sign), Diane talked about style, beauty, confidence, experience, age, and how she truly believes that women are at their best, most confident, and sexiest after 50.

Be Comfortable: While the big-picture discussion focused on reinventing ourselves, I had to take advantage of this meeting and get Diane's take on good style sense after 50. The day I met with Diane, I was wearing one of her designs, a lightweight, wool, knee-length, black dress with three-quarters-length sleeves and a pair of DVF boots with black tights. I felt ageless, classic, and pretty, not trendy. Diane swung me around and nodded approvingly.

"Because I'm completely decked out in DVF?" I suggested.

"No," she laughed. "Because you are comfortable."

The only fashion rule Diane would offer, and the only one she believes in, is this: You must be comfortable. Don't wear something just to look younger. It won't work. But wear something that you can put on and forget about. If you're constantly tugging at your skirt or shirt, you can't possibly be comfortable, and you won't have the freedom to focus on what you should be engaged in. (Story continues below slideshow.)

Be Confident: When we met, Diane was a few weeks away from turning 62, and we mused about how we are both much more at ease with ourselves now that we are over 50 -- with our bodies, sexuality, careers, style, and even our hair. Like me, Diane used to fight her curls, but she went natural a few years ago, as did I. She pointed out that this was another example of the progression of self-confidence, which makes us all more beautiful as we age. It's not quite an "I don't care what people think" attitude, more of an "I am beautiful as I am" frame of mind. This has carried over to her business life as well. She now makes decisions based on wisdom and experience, not from a place of insecurity. She advises us to surround ourselves with people who love us, care about us, support and encourage us and cheer us on. They will bolster our confidence.

Be the Priority: Diane believes that one of the most important things that any woman can do for herself -- especially those over 50 -- is to be her own number-one priority. She says, "My best friend is me, and I take good care of me." If you put time, energy, and effort into creating a positive relationship with yourself, from it will spring other positive relationships.

For years we have been taking care of family, children, jobs and our communities, but most of us haven't given ourselves the same love and care. Now we must. It may sound selfish, Diane told me, but it isn't. If you take care of yourself as you get older, you'll be better equipped to take care of everything and everyone that comes your way. Diane is a living example of her own philosophy: she is healthy, beautiful, strong, confident, sexy and, she says, the happiest she's ever been.

Be Compassionate: The older she gets, the more compassionate and giving she has become. Diane told me that while she is her own priority, she is much more "other-oriented" than she was when she was younger. She serves on several boards, but the one that is closest to her heart is Vital Voices, which is an international organization that helps women and girls around the world. Small, everyday kindnesses (like agreeing to meet with me, while she had no less than 10 people lined up outside her door), and deeper involvements (as with Vital Voices) are an integral part of Diane's life now, and she encourages all women to engage in volunteering or other activities that will help create a more compassionate world.

Be You: Diane put it to me this way: if you are healthy and comfortable and feeling good about yourself, then you'll give off an aura of confidence, sexiness, and power. Her advice? Pick a look that reinforces that -- clothes, hair, and makeup -- put it on, and then forget about it. Go out and live your life and don't worry anymore about what you look like. We did too much of that when we were younger and more insecure. We should enjoy ourselves and not waste time over-thinking every fashion choice. Understand which clothes make you say, "Do I look okay?" and those that let you not think about it at all. How do we know? She gave me good advice on that, too: try stuff on. Go through your closet and see how each piece makes you feel, and give away anything that doesn't make you feel great. See what works, and what doesn't. Forget rules and just feel good about you.

Why is Diane von Furstenberg still on a roll? She continues to walk the talk in her own personal life, and her designs show an uncanny sense of what will appeal to -- -and flatter -- women of all ages and sizes. Almost every DVF design presented during 2012 Fashion Week in New York City is something I want in my closet. And unlike the lines from some other well-known post 50 designers (Donna Karan and Carolina Herrera come to mind), these are clothes most women (including me) can actually afford.

Last week at a pre-Grammy event in Los Angeles I wore a simple DVF knee-length dress (which complimented the sling I was wearing to protect my broken arm). 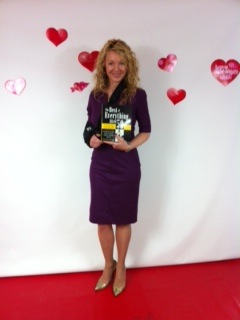 Diane has had her share of detractors over the years who insist she only made it this far because she married a prince, and then a mogul, but no other designer has inspired several generations of women to be bold, confident, sexy, and fearless -- with accessible style -- regardless of age.

Even more importantly, Diane has used her wealth, power and influence to help other women. Her commitment to Vital Voices is strong, and next month she'll be a co-host of a three day event -- The Third Annual Women in the World Summit -- which will convene thought leaders from around the world in New York City to discuss problems and promote solutions.

Did you have a wrap dress in the 1970s? Or do you have a favorite, go-to DVF outfit? Share your stories and photos on "The Best of Everything After 50" Facebook Page !
* * *

Staying connected is a powerful tool: "Friend" me on Facebook and "Tweet" me on Twitter (BGrufferman). For more tips on living your best life after 50 visit www.bestofeverythingafter50.com. 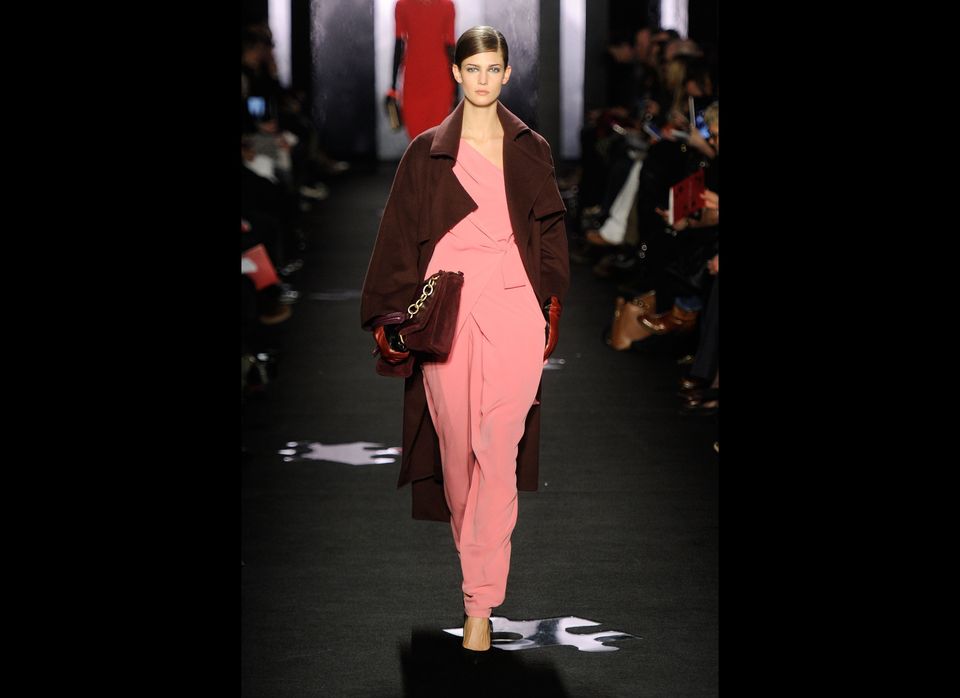