Remember the aforementioned writer friend with the "seat to the seat" sign and the lucky polka-dotted mug? She and I went to this Montana cabin for a writing retreat. The house is called Moosewillow. Before we'd even finished unloading the rental car, we saw our first moose. Large and ungainly, he appeared way out in a field by the house, like he'd been dropped in by crane. A prop. A cardboard cut-out, till he moved and came to life. We took him as a welcome. We took him as a sign.

As we hauled our luggage from the trunk, it started to snow. Mid-May, but Montana is unpredictable like that. A moose on arrival? A wash of summer snow? A claw-foot tub? We'd been at our retreat mere minutes, and already had more than we'd asked for.

As for methods of getting work done, it's not that complicated. You can write, for hours and hours without stopping, even to eat, or you can write with breaks. (Guess which one I like.) Some writers hold strong opinions on the timing and spacing of those breaks. Ellen Sussman, in a Poets & Writers article, recommends for each hour you aim to be productive, 45 minutes of writing, followed by 15 of doing something else. The something else should not be word-related, should not involve the internet, should not be checking your email, for instance. It should be something fairly mindless, a task you can do while having the page with which you just parted ways, still present in your head.

A short walk around the block is a good use of the 15 minutes. One thing I like to do is make a snack and take it outside to eat it, feeling the sun on my face. Folding laundry: perfect. Pestering your cat (Wake up!) can be fun. Doing some yoga or taking a nap: all fine, as long as you limit it to the prescribed 15 minutes. One friend of mine likes to spend his 15 minutes per hour doing focused cleaning of one section of his apartment in Brooklyn.

He might tackle a part of the bathroom during his first 15 minute break, finish the bathroom during the next break, and then, in his third break, scrub the kitchen counters and stove. He gets in a 4 hour writing session, and, when he's done, the apartment is clean, or cleaner than it had been. Every hour yields 45 minutes of actual time generating sentences, and 15 minutes of consciously stepping away from it. Sussman's theory is that your mind continues to work on the story or poem or essay, and that the actual time away from the act of writing is productive. It's refreshing.

She says even when you feel you're on a roll, and don't WANT a break, when that timer rings you must force yourself to stop. She says good things always come after the break. And besides, it's not good to sit stagnant in one position for hours on end. So getting up, walking around, is good for the physical self, and for the writer self--the brain and imagination. You don't check email or read a book, because those things, being so language-based, can be more interference than you want. Don't do anything that requires your full concentration. You want to keep your mind available for working on story problems or running lines through your head or hearing an echo of what you just wrote. Keep your mind open for the possibility that the perfect title is going to pop into your head, while you're busy shucking corn. 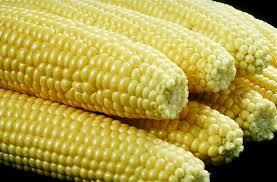 This same writer friend who cleans his apartment during the Sussman method -- he and I got our MFAs together about 25 years ago. Now, even though he is on the East coast and I'm out West, we often set up writing days together. For a while there, after he'd read a biography on her, we tried to mimic the method of Joyce Carol Oates. She writes without stopping, often without eating; she purportedly writes anywhere between five and eight hours a day, even when she has house guests! We call these JCO sessions. My friend is better at these than I am. Other days we aim to mimic Ellen Sussman and we call this "Sussing." "I'll be sussing in the morning from 9a.m. to noon; you want to join me?" I'm a huge advocate of the Sussman method, and have proselytized on its behalf. I'll be honest: the reason it works for me is it takes away the dread. If I'm faced with four or five or six hours of the JCO method, it's too hard, too long, merciless. But setting my timer for 45 minutes, any day, any time -- it's so very doable. Knowing that I get 15 minutes off for every 45 minutes dedicated, makes it completely tolerable to do three or four or five hours of this.

But comrades! You have to have them. These are the people you will discuss all this with over the years of your long writing career. Having friends who are writers is just fun. Nobody gets you the way you get each other. Talking about how hard writing is, is part of being a writer. The very questions you would dread coming from a random audience member after a reading -- (Do you write better in the morning or evening? Better by hand or on computer? So pedestrian!) -- you will happily discuss at length with a writer friend. How this new pen you bought (Signo Uniball 207) has seriously changed your writing life. You can talk ad nauseam about the minutiae of every new method employed, sentence pondered, paragraph edited, page gained, because talking about writing is always easier than the act of writing itself.

I have another friend who will read my stuff and I will read hers and we workshop the story or essay, via phone or email. This friend and I also do multiple check-ins on a day we're both trying to write. Just the fact of knowing someone else is also working, though on the other side of the country, makes writing less lonely. These people are our co-workers, and we need to chat with them, take coffee breaks with them, go out to virtual lunch with them. Knowing that at the end of the afternoon, this writing comrade is going to ask me how it went, makes me less likely to bail. 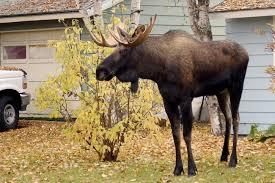 The girl with the dotted cup and I, our first night at Moosewillow, we wrote down our goals and intentions, our strategies and objectives, our fancy to-do lists, overly ambitious for the ten days. She was going to work on a couple of new stories; I was trying to finish a big chunk of the first draft of a screenplay set in Montana's Yaak Valley. After reading our goals to each other, and offering encouragement, we sought to display them somewhere, so that we would be reminded of our intentions. We found this thing in the house -- neither of us could figure out what it was, but my best recollection puts it somewhere between a music stand for multiple musicians, and a drying rack for lingerie. It had several rods sticking out at different angles and heights.

I tracked down some tape and we adhered our sheets of writing goals to this gangly, tree-like apparatus. I was looking for the best place to park the tree, somewhere prominent in the main room, and I was doing this in utter seriousness, when my friend, observing me, started to crack up. "What are we doing?" she said. I said, "We're hanging up our goals." And then it struck me, too.

The absurdity, the hilarity, this unwieldy contraption, our torn out notebook paper stuck to its appendages like some ill-conceived grade school project. Remembering each step of our process had us in renewed hysterics -- that we'd written them, read them aloud, that I'd gone on a frantic anthropological dig through the kitchen drawers of Moosewillow, looking for tape. Why had it been so imperative that I dangle our sheets of goals from the contraption? We laughed harder than I had in a long while. If a moose had looked in our window right then, he might've thought we were two women folded over from food poisoning. Clearly, you had to be there. Fortunately for us, we were.

(Postscript: The above blog post was achieved through the Sussman method, in three sessions of Sussing. It was read and reviewed by the writer friend of the cleaner apartment in Brooklyn. The biography mentioned is Invisible Writer: A Biography of Joyce Carol Oates by Greg Johnson.)