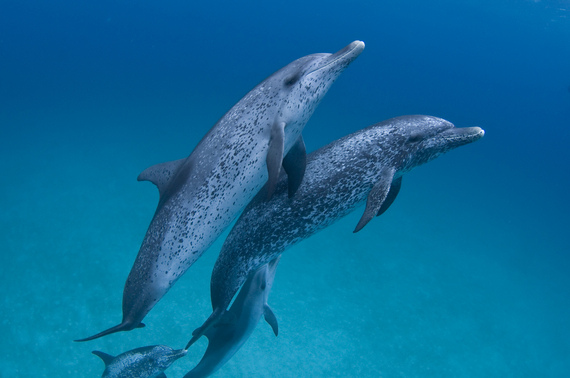 Most of us want to know that the food we purchase and serve to our families does not come at the expense of wildlife. Luckily, more and more products are marketed with safeguard labels that help us make informed decisions about our food. Since 1990, for example, the United States has maintained a popular "dolphin-safe" labeling program for tuna that allows consumers to choose to purchase tuna caught in a manner that does not kill dolphins.

Tunas and dolphins are commonly found together in the Eastern Pacific Ocean. Taking advantage of this, many fishing companies purposefully ensnare dolphins in their nets so as to trap tuna, killing and injuring dolphins in the process. In 1990, the United States enacted a ban on imports of tuna caught with dolphin-unsafe practices and regulated "dolphin-safe" tuna labeling.

Thanks to the label, we can eat tuna sandwiches with the confidence that our lunch did not come at the expense of dolphins' lives. The "dolphin-safe" label has contributed to an incredible 97-percent reduction in dolphin deaths since the 1980s in Pacific waters where dolphins and tuna cohabitate. 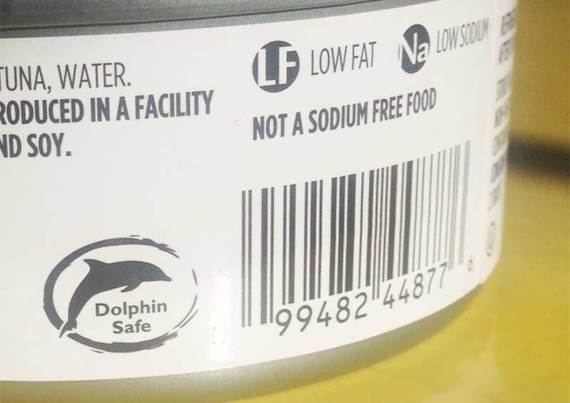 The WTO decided the label violated WTO rules slated for replication in the Trans-Pacific Partnership (TPP), despite the fact that it protects wildlife, is voluntary, and applies equally to domestic and foreign firms. The ruling shows how so-called "trade" rules go far beyond trade and interfere with environmental policies that protect wildlife.

Instead of reforming those rules, the TPP includes and builds on the broad "trade" rules that the WTO used to undermine the dolphin-saving label. The deal includes a rule barring safeguards that have the unintended effect of "creating unnecessary obstacles to international trade." The TPP would provide foreign governments a new forum to challenge wildlife and other environmental protections as violations of such expansive rules.

Unfortunately, today's ruling leaves no more opportunities for the U.S. to appeal. It means that the U.S. could face WTO-authorized trade sanctions if we preserve the dolphin-saving label. This decision threatens a commonsense consumer protection, puts dolphins at risk, and opens the door to further trade deal attacks on consumer and environmental safeguards.

The U.S. government should not give into pressure from a corporate-friendly trade organization to weaken or eliminate our dolphin-saving label. Instead, it should stand up for consumers and wildlife by negotiating a solution with Mexico that keeps the "dolphin-safe" label intact.

If there is any silver lining to today's ruling, it is that it serves as a warning against expansive trade deals like the TPP that would further undermine safeguards for wildlife, clean air, and clean water. Congress can and should stand up for consumers and our environment by rejecting the TPP. Click here to tell Congress to vote no on the toxic TPP.

This post originally appeared on the Sierra Club's blog, Compass.