I love making lists. It simplifies life and allows the indulgence of a John Cusack/High Fidelity fantasy to play in my head. However, to sum up the year with the top 10 or 15 or even 20 movies in a tidy, little list that will be, for all intents and purposes, identical to every other top-flicks-of-the-year list just seems dumb. Also, the movies on those lists will be showered with award nominations and/or have already been honored at film festivals, anyway. Instead, we can be talking about what those movies tell us about ourselves. Last year exploded into films that are all-at-once heartbreaking, fascinating, galvanizing and overall revelatory. 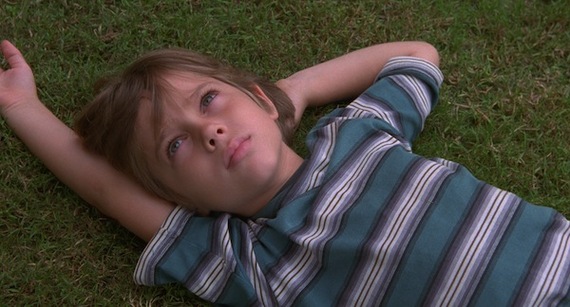 Ellar Coltrane as Mason in BOYHOOD. Courtesy of IFC Films.

In fact, there has been such a wealth of interesting, exciting, well-crafted movies that 2014 has not only fully restored my faith in moviemaking, it has started to restore my faith in humanity. For every blatant, bloated, audience-insulting, recycled, idiotic grab-for-cash, bullshit popcorn flick that forced us to suffer bombastic billboards, obnoxious TV spots and intrusive internet ads, there were a handful of intelligent, innovative and under-watched works of art. In other words, for every TMNT that came out last year, there were several Birdman's. Furthermore, the box office marquees that were recently dominated by Michael Bay and similar-mindless white-collar criminals of culture, are now being replaced with things like Captain America and Guardians of the Galaxy. These comic book stories are similar in presentation to those cgi'd cash cows, but they can also be subversive and rich in metaphor while simultaneously being explosive and escapist. Something like Dawn of the Planet of the Apes, for example, is the best of both worlds. If nothing else, when Jean-luc Godard makes a 3D film, there is conclusive evidence something astonishing is happining. 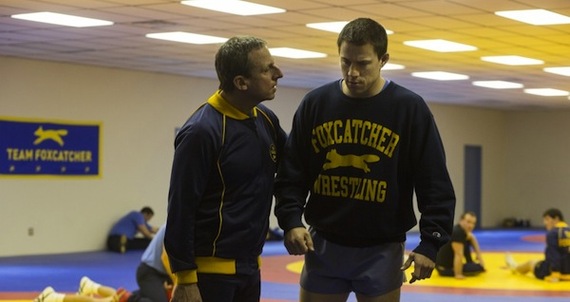 There are signs of a paradigm shift happening in the way movies are being produced. Everything can be summed up with the release of Foxcatcher. Here's a film that was supposed to be released the previous year. But director, Bennett Miller, canceled the premiere at AFI Fest explaining simply, "We need more time." This is a truly remarkable thing to do. Backing out of a festival premiere, as well as delaying everything that goes along with putting out a film -- marketing, distribution plans, promotional dates for busy actors, etc. -- is a rare and tremendous display of artistic integrity. Perhaps even more remarkable, Miller's decision was supported by his producers, namely Megan Ellison of Annapurna Pictures. Miller has stated publically, that if it weren't for Ellison, the project would not have been made at all. The work Annapurna is doing -- making high-quality, high-risk films that would not otherwise be made in the studio system -- is special. Beyond that, in only two years of eligibility, Annapurna projects have garnered 25 Oscar nominations and one of their latest pictures, American Hustle, grossed over 250 million.This kind of production company is allowing for films to be made the right way. They are rolling the dice in hopes of a richer future. To quote Machiavelli, "Never was anything great achieved without danger." The winds are changing. There are people out there working to get movies made not just for money, but for the end product, the illuminating art that comes from letting an artist breathe. 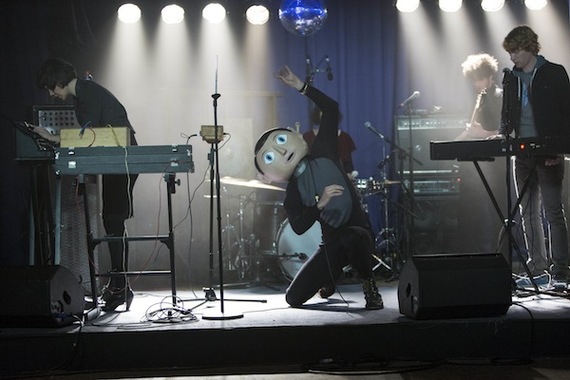 With the immense disappointment that comes from the public abortion of The Interview and the not-as-public smothering of Snowpiercer, there is solace in the fine work that was supported by its producers and distributers. One shining example, Interstellar is a film that is much more dense and inspired than what you would expect from a mainstream release. Here you have a love story devoid of traditional romance, yet radiating with relatable romance at every turn. Christopher Nolan has given us one courageous and monumental masterpiece in a year of minor and major masterpieces. When modern auteurs like Christopher Nolan, PT Anderson, David Fincher, Mike Leigh and Richard Linklater are all doing their most interesting work in the same year, we can stop saying that the '70s were the best era of cinema and enjoy this cultural reenergizing reflected on the silver screen. 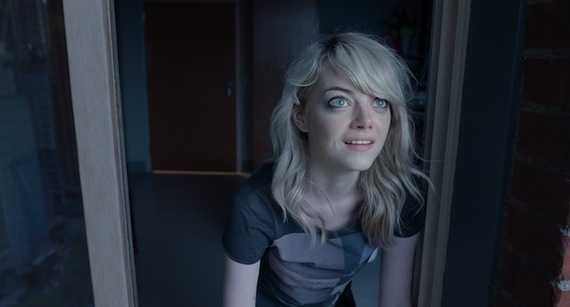 The reoccurring themes and subjects hold a mirror to our societal nature and give us an emotional understanding of our inescapable human inevitabilities. There were movies about art like Mr. Turner, Chef, Big Eyes, Whiplash... Satires about revolution like Snowpiercer, The Interview and The Lego Movie... Representations that served as an indictment of news media like Gone Girl and Nightcrawler... And finally, death and mental illness in Frank, The Skeleton Twins, American Sniper and Foxcatcher... All of those themes are overlapping and intertwined. In the same year Robin Williams hanged himself in a closet, suicide and mental illness were strongly and confrontationally infused in the stories told in theaters. When I was in high school, my friends weren't allowed to watch She's All That because of one harmless suicide joke. Something that was once seen as taboo is now being seen as a valid subject of discourse. 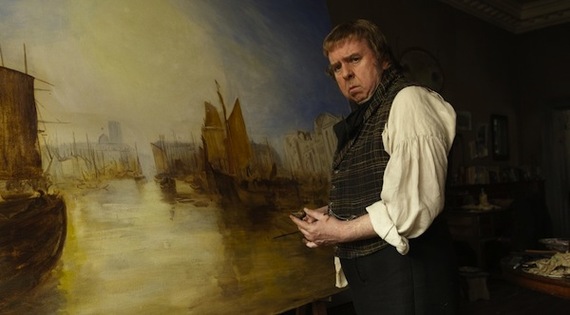 The one thing that is clear, people are dissatisfied with the status quo and starving for invigorating art. The best movies of the year were about struggling to produce art in a world that doesn't put much value in it. In a world where tweets are read more than books, ads are seen more than paintings, beauty is traded for convenience, there is a problem. What is the price we pay for our modern inventions? The price we pay is the death of art, and the suffocation of many brilliant hearts. There is only one known cure for mental illness and that is art. Movies can be silly and stupid and meaningless, sure, but they can also be self-medication. What we learned from movies in 2014 is this: Embrace art. Put some color into your inherently grey life. I encourage, beg and implore you, watch more movies. Watch challenging movies. Watch weird movies. Challenge yourself with the decisions you make. Make movies, it's never been this cheap and easy before. Go out and see paintings. Read everything you can get your hands on. Reach out with love. Don't let your anger be stifled. Sing out. The world is being bullied by corporate oppression. Rebel. Revolt. Be free.