Pascal Rioult is a choreographer, but he constructs his works from materials that very few others know how to find. Like an artisan with his own secret resources, he's the maker of a rich and complex cloth; he weaves moments in time from threads of imagination and makes them into Dances. 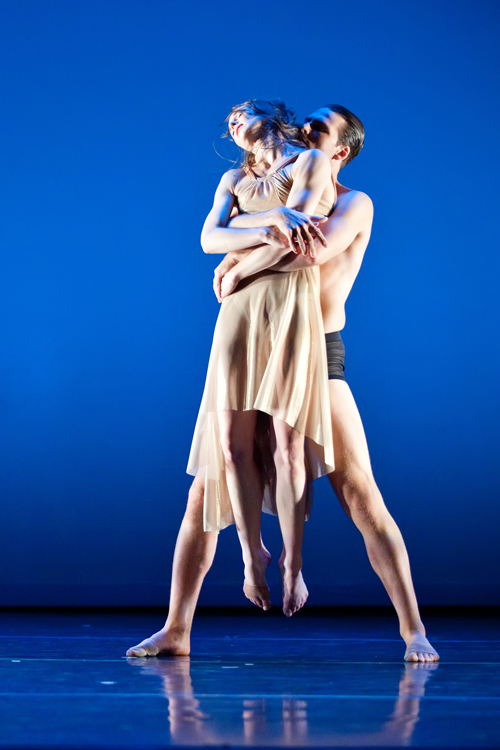 He's the Artistic Director of RIOULT Dance NY, the Company that he founded in 1994 after a successful career as a principal with the Martha Graham Dance Company. He's been making dances for years, complex, captivating, intensely musical works, quite often set to full symphonic scores that few contemporary choreographers would venture to explore. Rioult doesn't hesitate to do so, because he has an ability to balance the innate orchestral power of such music with an equally powerful sense of precision and innovation, and he sees no reason to stop there.

On Tuesday, June 4th he'll premiere his latest work, Iphigenia, when RIOULT Dance NY opens their New York Season. In eight performances that run through Sunday, June 9th, audiences at The Joyce Theater will have the chance to see his most recent alchemy unfold, a collaboration with composer Michael Torke, along with three other critically acclaimed works, On Distant Shores, Prelude to Night, and Bolero. The premiere of a new work by an imaginative choreographer, set to a new composition by an equally respected composer would be news enough, but in this case, where it all comes from is an even more singular story. 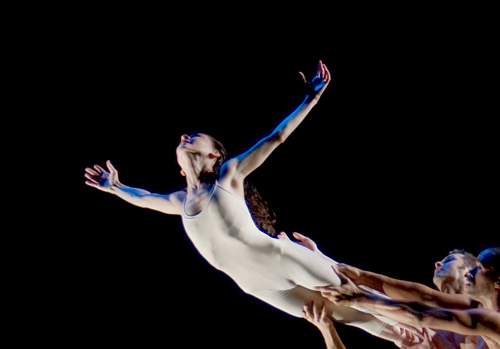 As a performer, Rioult interpreted many of the most prestigious roles in the Graham repertory, even before Graham created the central role in her ballet Eye of the Goddess for him in 1990. It's remarkable that a performer who so successfully embodied Graham's aesthetic, and who The Martha Graham Dance Company describes as one of the "leading choreographers and dancers of the 20th and 21st centuries", has gone on to develop a choreography so distinct, both in its powerful elegance and its musicality.

That's one of Rioult's secrets, though, his ability to take richness from the past, or anywhere else he finds it, and reconfigure it as a moment in the present. "I could of course have gone on to do what I knew how to do," Rioult explains, describing how his understanding of Graham's technique has figured into his own artistic approach, "but I certainly wanted to find my own way. I use the technique, because I believe in that technique, but I've taken it to a different place, which is more lyrical, and more classical in a sense."

'Lyrical' and 'classical' are terms that often appear in descriptions of Rioult's flowing movement design, but they tend to understate his originality, because that originality is not constrained to the architecture of his dances. It's an even more significant feature of his unique ability to cultivate and choreograph the individual creativity that makes a successful dance company, or for that matter, any other successful gathering of individuals. 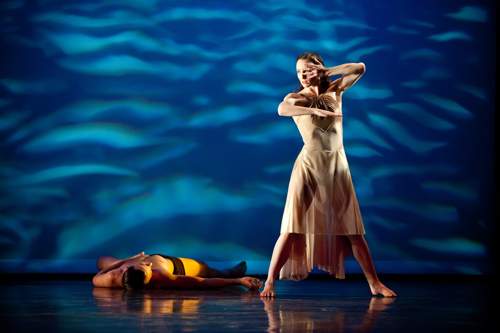 Iphigenia is a showcase of that ability, and of that originality, the intricate result of a complex series of creative choices that Rioult weaves into everything that his audience sees. It's the third work to be completed as part of the Company's Dance to Contemporary Composers Series, which each year commissions a new work by a living American composer. The collaboration with Michael Torke, and all of its important creative consequences, is emblematic of the way Rioult continuously looks to add new dimensions to what he brings to Dance. "This collaboration will inherently push my boundaries," Rioult observed, as he and Torke began the process of developing the work, "since Michael Torke's aesthetic differs greatly from that of traditional, classical music which I often use. Still, I find his music ideal for dance because of its effusive energy, interesting rhythms, and the visual imagery that colors its melodies."

In some ways it's an important departure; Torke's score is for a chamber ensemble of eight musicians from the Camerata New York Orchestra, which will perform the work live at RIOULT's New York Series under the direction of Musical Director Richard Owen, but it's characteristic of Rioult's ability to configure the visions of gifted collaborators with his own.

Nowhere is Rioult's willingness to gather and encourage the creativity of others more evident than in the Company itself, and at their website, RIOULT.org, you can find an indication of that in a remarkable declaration: "RIOULT prides itself on its commitment to its dancers. Among the primary goals of the organization is to provide steady employment, health care, and foster the artistic development of its performers ..." It's a creative decision with profound artistic implications, implications that Rioult understands because they are based on his own understanding of what it is to be a dancer. "Being an artist means a certain commitment to what you do that goes beyond everyday life," he says, describing both his own career, and what the talented company of individuals who he brings together, bring to their art. 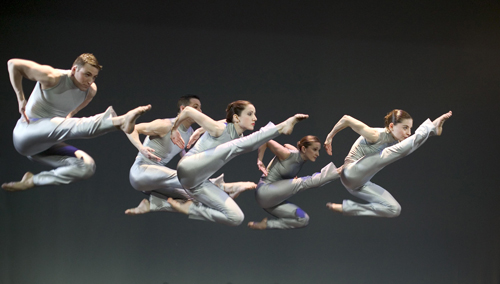 It changes the very art itself, because it allows each moment on stage, each moment an audience can share, to be woven from the years of creativity that each individual who contributes to it has imagined for themselves. "You can see it," Rioult says, and his precise awareness of its importance is an emblem of his originality. "You can see the sense of commitment that they have to the same goal, which is an artistic goal, but it's also a goal in their lives, and that translates into the way they are on stage." It means that he himself can venture further, he can undertake much more. "They make it look very easy, but a lot of it is very difficult," Rioult continues, "technically difficult, physically difficult, very intricate choreographically. It looks easy and natural just because they have that incredible commitment to making it work together."

It's a commitment that's evident throughout the entire Rioult organization, an enthusiastic mutual respect that seems to illuminate everything they do, and its practical importance when it comes to making Dances for audiences is immense. Audiences see every bit of that, and although they see it as motion and light and the textures of music, those are the moments that people come to share. "Art and life are one and the same, it's just a matter of whether you're looking or not," Rioult says, and if he can find things that very few others do, it's probably because he knows where to look. He finds them in his own creativity and in the shared creative commitment of all of the individuals he gathers together. He weaves moments in time from threads of imagination, and everyone can see them, because he makes them into Dances.

This story originally appeared at aotpr.com.