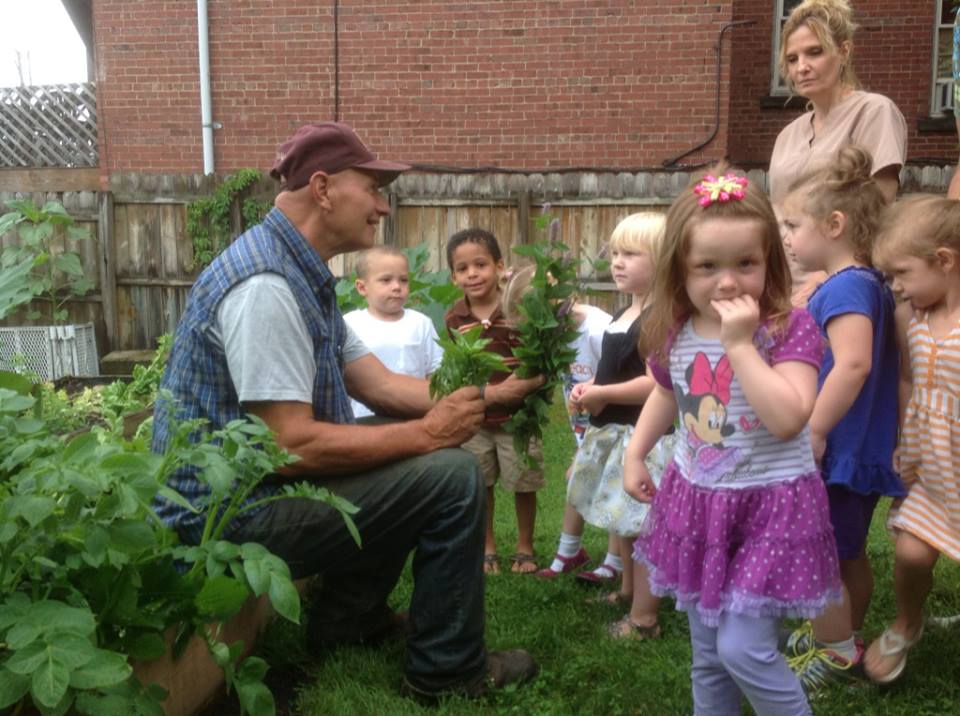 In my previous "Yoga of Ecology" post, I shared the truly brilliant and compassionate work of the Green Wheeling Initiative (GWI), a grassroots ground-up local food movement in Wheeling, W. Va. The GWI is helping the diverse peoples of Wheeling to reclaim their backyards and the bounties in their backyards through community gardens, cultural workshops, grant programs, and campus ecology events, amongst much else.

Terry Sheldon, one of the co-founders of the GWI, explains in an article on the GWI in the local Wheeling Intelligencer that "in a very positive way, we are trying to provide an alternative food system that creates a healthy environment for Wheeling. We're convinced through local partnership that we can create a local food economy around the issue of food that are grown by and consumed by people in the Wheeling area."

Critics of the EJ movement may say that the work of EJ groups are too human-centric in their focus. They may argue that by being overtly focused on insuring justice for people in largely impoverished and marginalized communities, on insuring freedom from pollution and toxicity being dumped in their backyards, the EJ movement fails to fully acknowledge broader ecological issues involving non-human life/ life systems. Critics of the sustainability movement argue that by focusing overtly on these broader ecological issues, the gritty issues of incinerators and toxic waste being dumped in impoverished communities, and all the resultant health problems that come along with, are not given specific and proper attention, care, and concern.

The just sustainability movement can create an synthesis of concern and action that works to honor, correct, and improve the needs and lives of those who have been ecologically prejudiced against and marginalized, whether they are human or not. Julian Agyeman, EJ advocate and chair of the Department of Urban + Environmental Policy + Planning (UEP) at Tufts University, in his book Sustainable Communities and the Challenge of EJ, writes:

In spending time with Terry as an apprentice at his Small Farm Training Center in nearby Moundsville, W. Va., I've had the chance to see and experience the Green Wheeling Initiative first-hand and in action. Terry has introduced me to the very people who give life to the local food movement in Wheeling, who understand, despite being in the "belly of the beast" in West Virginia, where the poverty and obesity epidemics reign supreme, that they can reclaim the health and wealth in their own backyards.

Here is a photo essay of a day in the life of the Green Wheeling Initiative, and we hope you are inspired to share what is going on here and that it inspires you in your own just sustainability efforts.

A DAY IN THE LIFE OF THE GREEN WHEELING INITIATIVE

Every Tuesday Terry brings in at least eight boxes of swiss chard, or "West Virginia spinach" as the locals like to call it, to various soup kitchens in the Wheeling area, such as Catholic Charities Neighborhood Center and the Soup Kitchen of Greater Wheeling. Terry hopes that his contributions can be an encouragement towards integrating organic and local food, as an alternative to processed foods, into the serve-outs, food-boxes, and meals on wheels that make up the local charity networks.

Our journey on this Tuesday begins somewhat ominously, as Terry takes a shortcut on a dirt road through one of the local coal mines. He tells me that the coal residue on the road is highly toxic yet there is no regulation for its safe disposal, if such a thing exists. He tells me that the air in this part of the country is dirtier, because of the coal residue, than it is in my home locale of Manhattan.

One of the first aspects of the GWI that Terry showed me was the community gardens in some of the local schools in the Wheeling area. The challenge is to scale up, to find a way to integrate a garden into student bodies with hundreds of students, giving them each some little plot of investment. But the raised bed gardens at these schools are a good head start, creating a momentum and flow that could grow into something quite nourishing. The GWI has community gardens in four elementary schools, one preschool, and two universities in the Wheeling area. 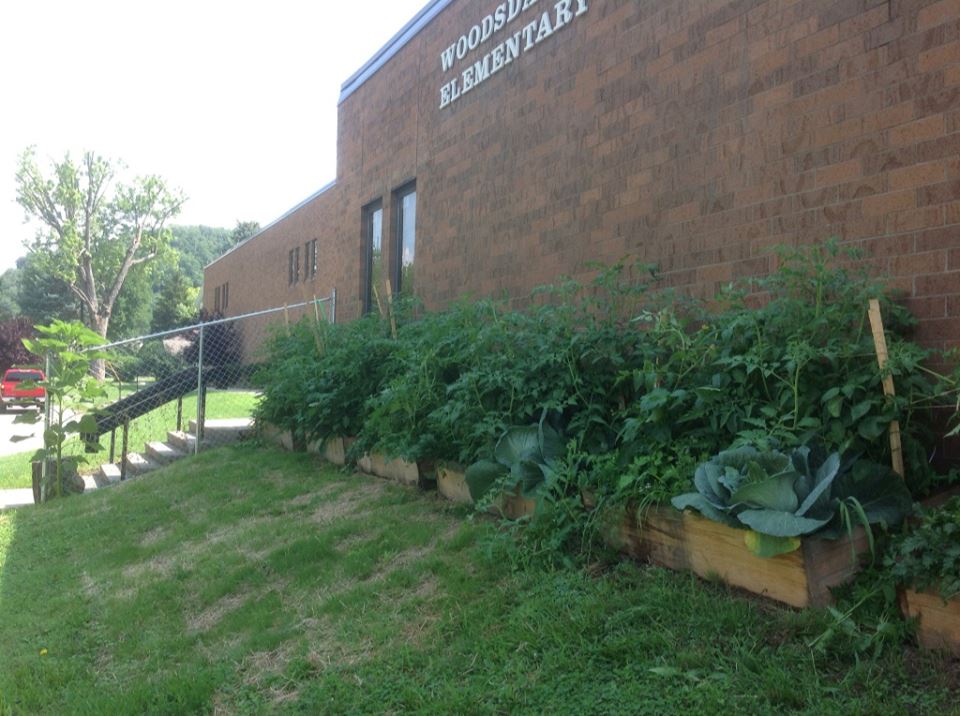 The community garden at Woodsdale Elementary in Wheeling. 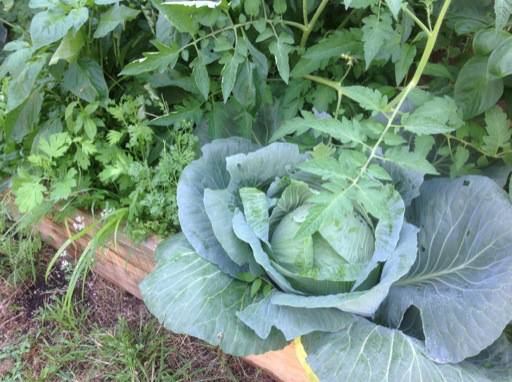 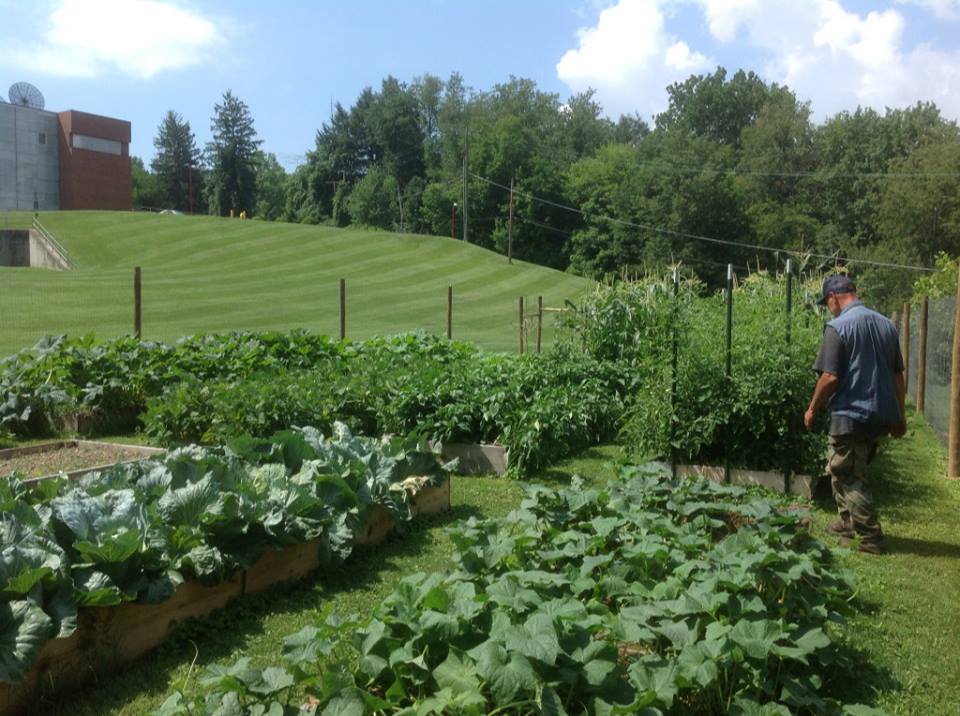 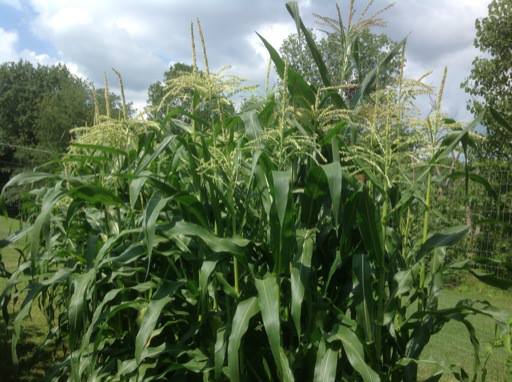 Corn as high as an elephant's eye at Wheeling Jesuit 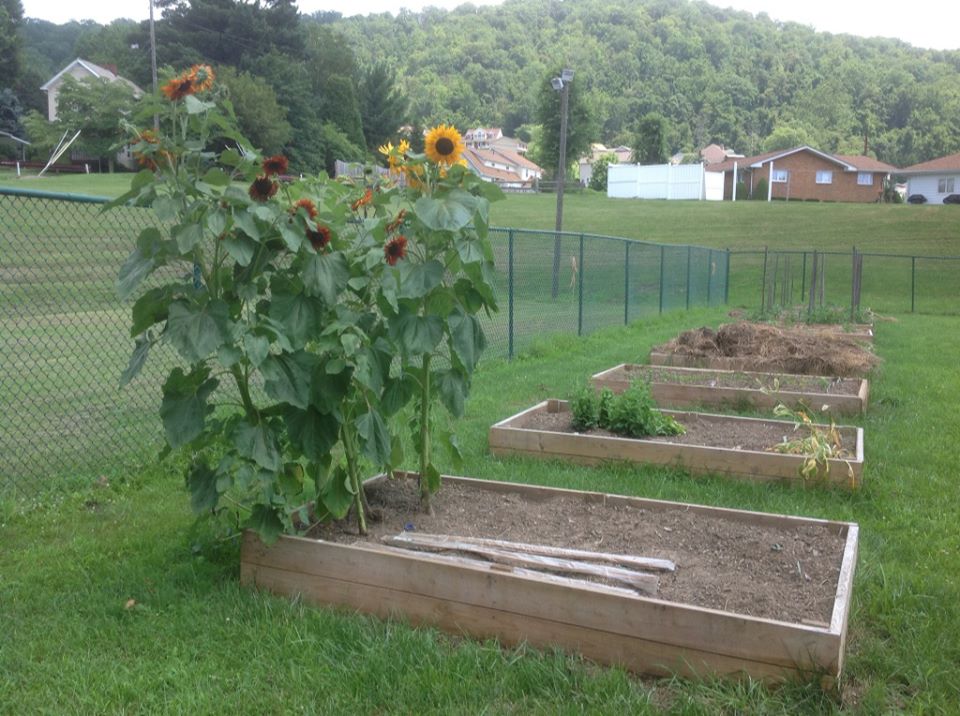 We next moved on to the 18th Street Overpass Garden, which we mentioned in our previous piece as being the epitome of the potential for urban agriculture. 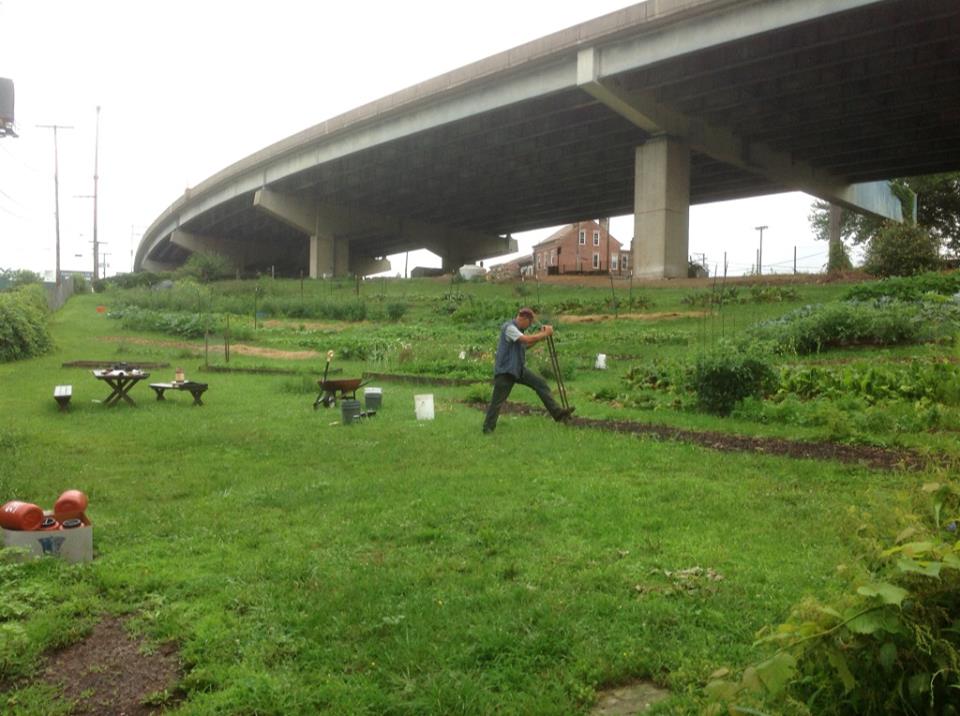 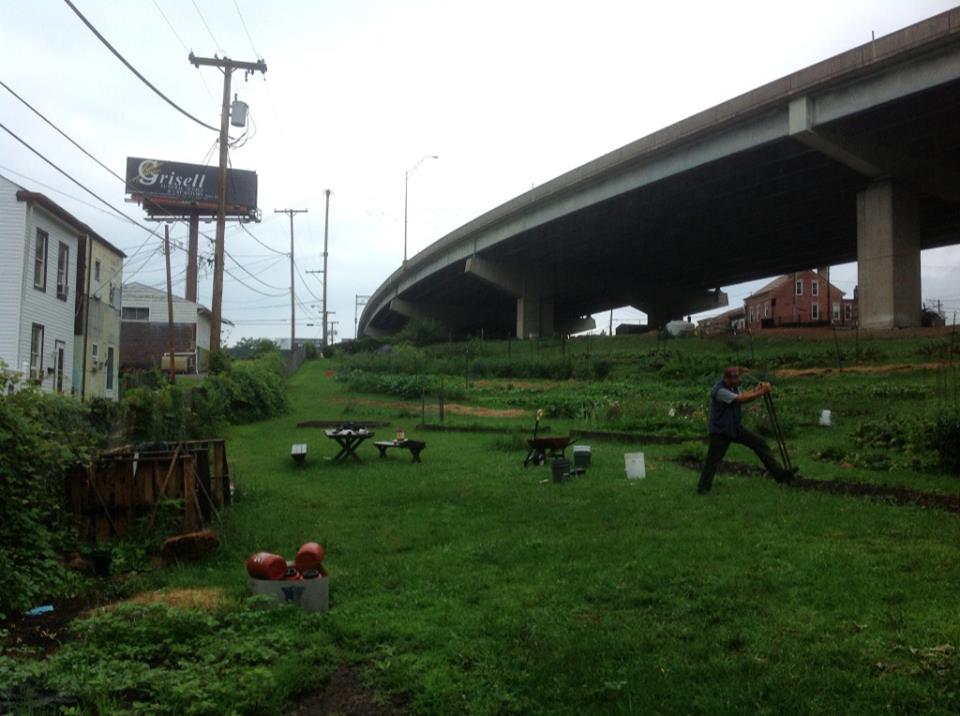 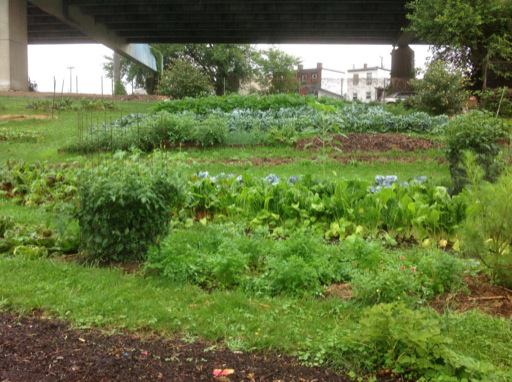 The 18th Street Overpass Garden is a no-till "lasagna" garden, which helps to restore the integrity of soil which has suffered from being in a highly urbanized and polluted environment like Wheeling.

The GWI holds workshops for the local community and envisions a culture around the Overpass Garden which would include regular block parties and vegetable carts that could travel into the surrounding blocks and sell vegetables from the garden to the local residents, which would keep money in the community.

The Overpass Garden is a fore-runner of the green-collar economy, of retrofitting urban environments for urban gardening and farming. Like similar projects in other blighted locations such as inner-city Detroit, the Overpass Garden shows how community and ecology can be re-born in the ashes of the "American Dream."

The next place we came too was where the Green Wheeling Initiative originally came into being: West Virginia Northern Community College (WVNCC), in downtown Wheeling. One of the founders of the GWI, Gene Evans, was a professor in the Culinary Arts program at WVNCC and helped inspire the founding of the Culinary Arts Garden on the campus. 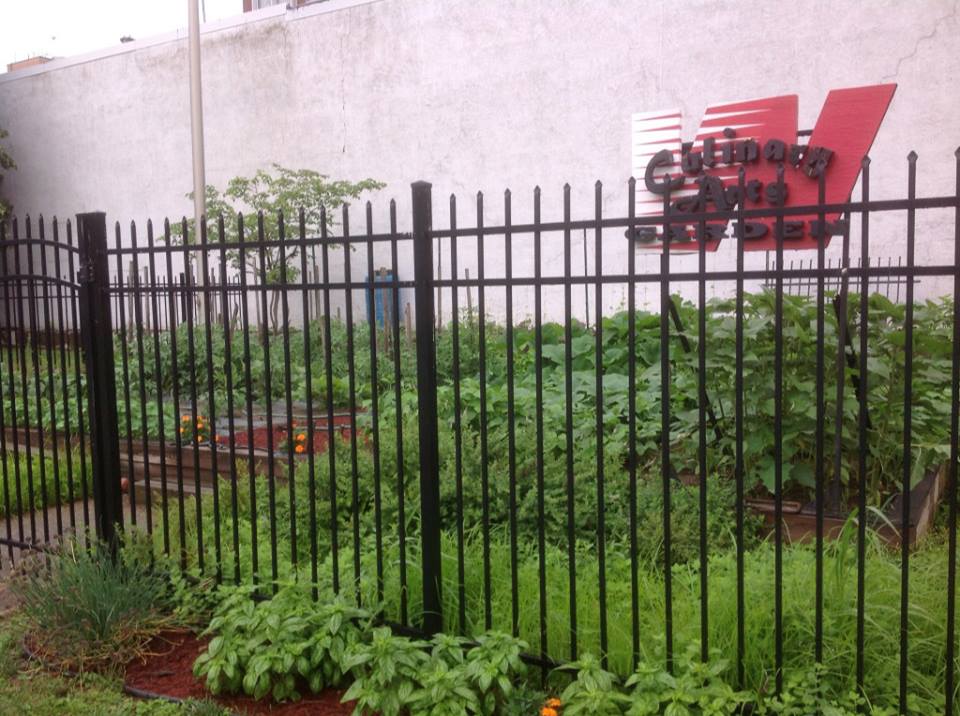 The Culinary Arts Garden at WV Northern Community College. Beets, squash, basil, and hysop are many of the bounties being grown here. 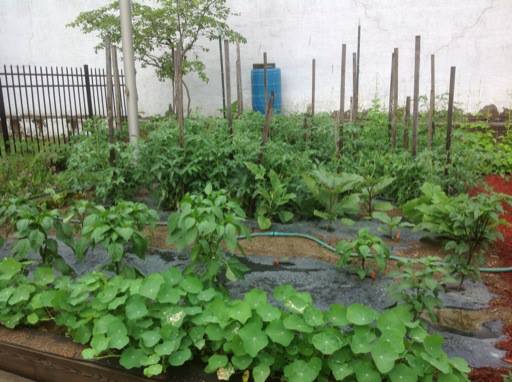 Terry tells a wonderful story of his own initial connection with WVNCC. Participating in the annual Harvest Fest which takes place on the campus, he met a member of the community who was very piqued by his presentations on local ecologically and economically sound food culture. When Terry told her his vision of making organic food fully affordable to the people of Wheeling, she was moved to tears. It so happens that this woman is the wife of Martin J. Olshinsky, the president of WVNCC. Soon after, over fifty culinary arts students from WVNCC toured Terry's Small Farm Training Center project. 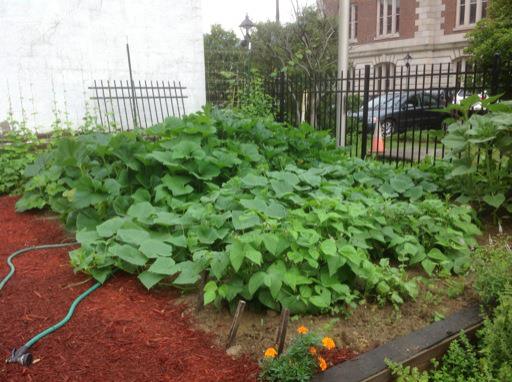 The GWI hopes to inspire, via the Culinary Arts Garden, a new curriculum within the Culinary Arts program at WVNCC which would focus on helping students become advocates and activists for the local food culture in Wheeling. The idea is that this program would empower the students with knowledge of how to grow, cook, find, and share local foods in the Wheeling area. 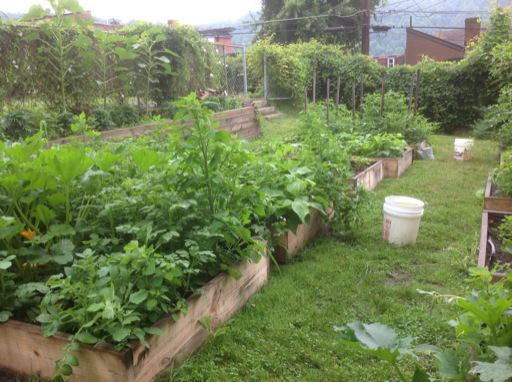 We next visited the raised bed gardens of King's Daughters Child Care. The garden is full of peppers, zucchini, potatoes, sunflowers, and much more. Over the past three months Terry has held 13 mini-workshops for the preschoolers who attend the child care program. Besides the tremendous amount of loving hilarity that comes along with interacting with these precocious personalities, Terry hopes to provide an example of how gardening can be integrated into the lives of all people in Wheeling, from preschoolers to wise old sages. 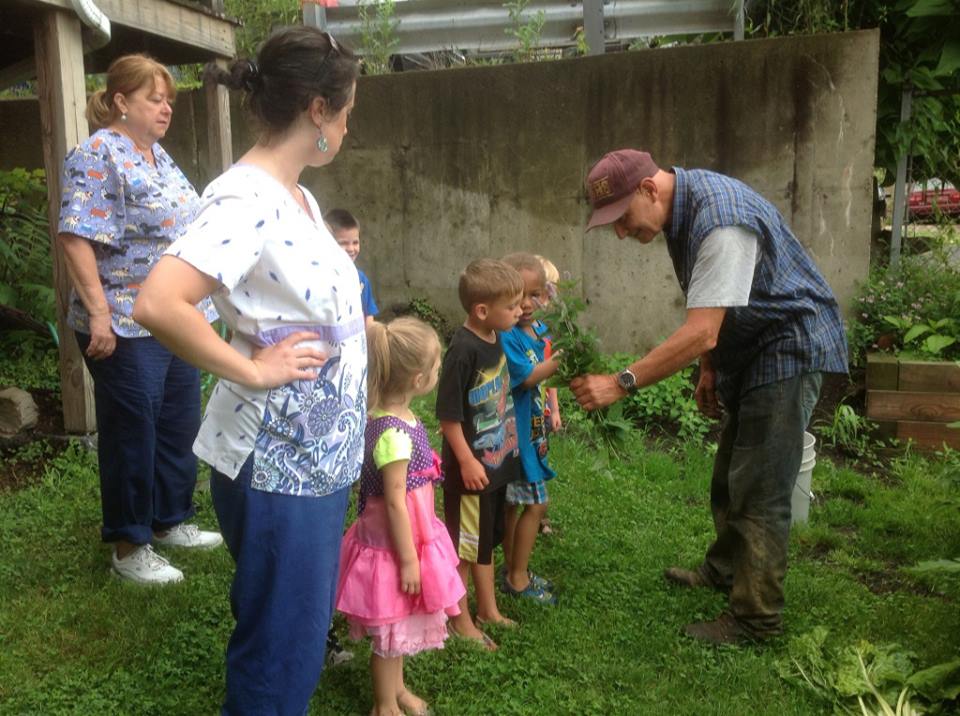 "Farmer Terry" holds a mini-workshop for some mini-people. Here he teaches the kids about hysop, a plant that flavors many different kinds of sweets, such as licorice 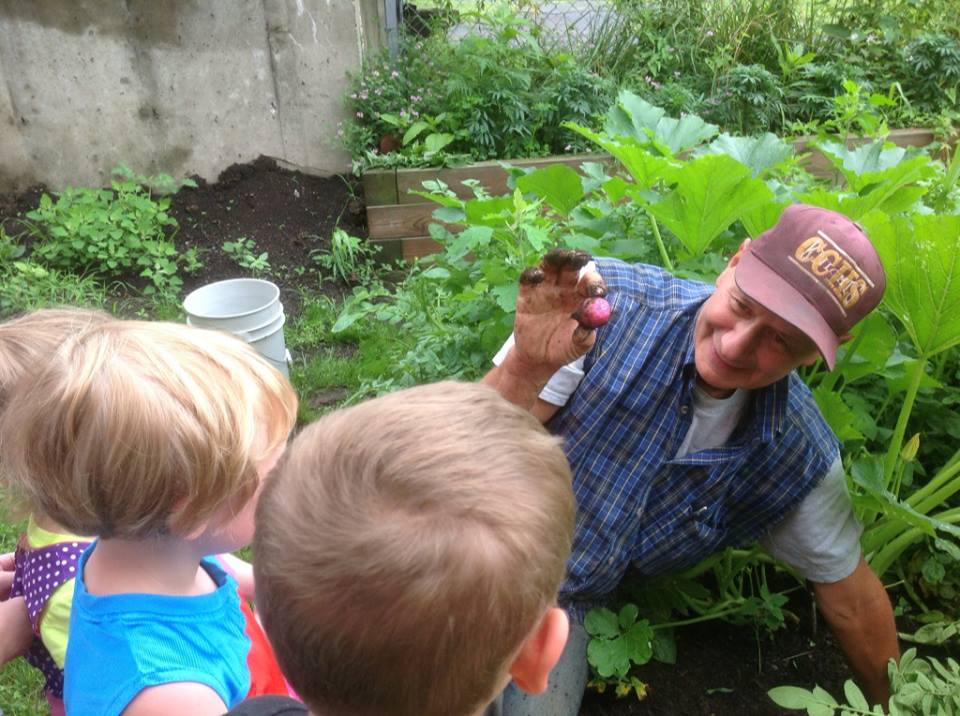 Farmer Terry pulls up some potato plants to show everyone that indeed potatoes grow within the Earth herself. 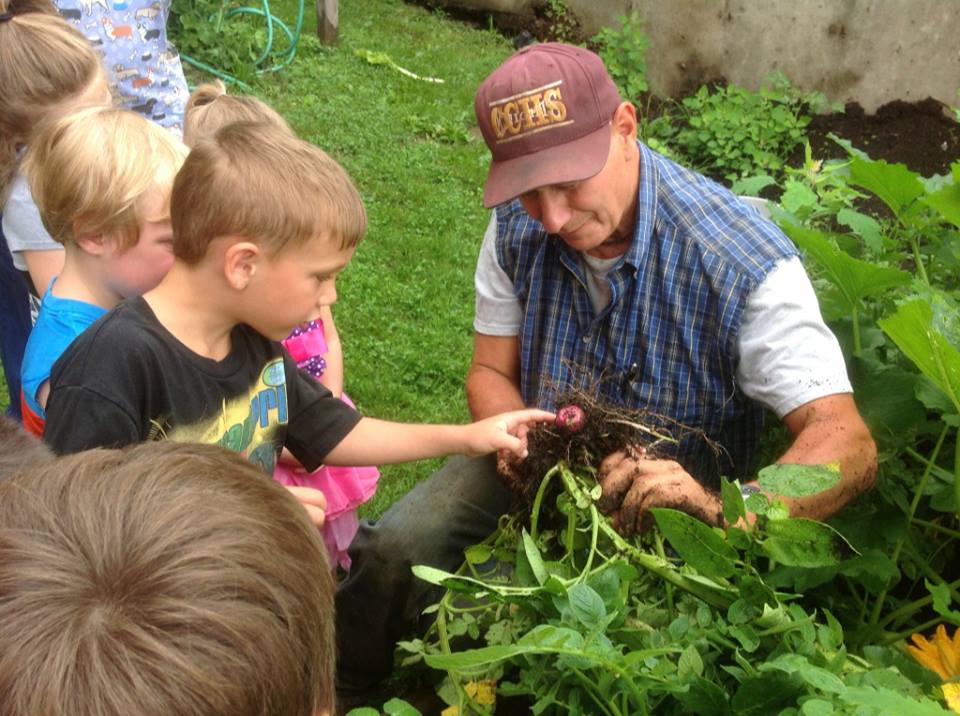 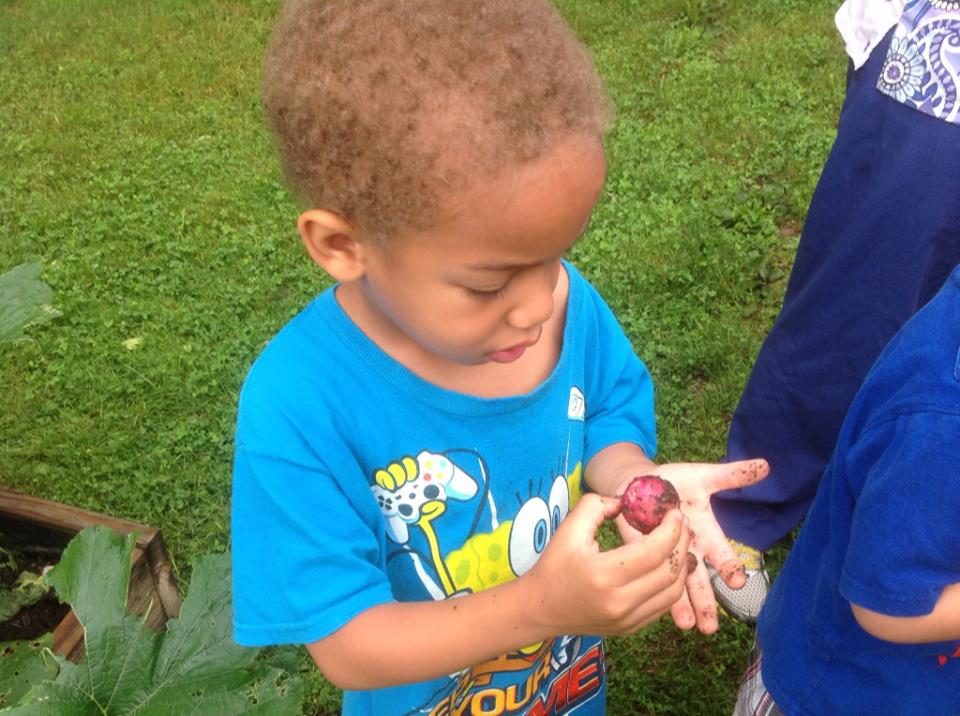 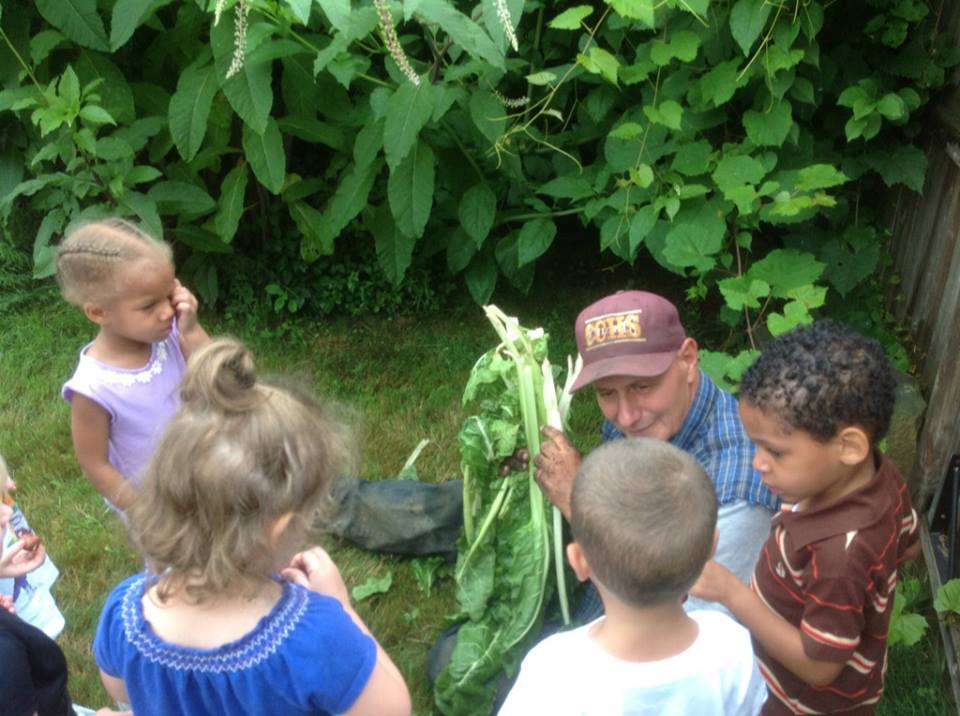 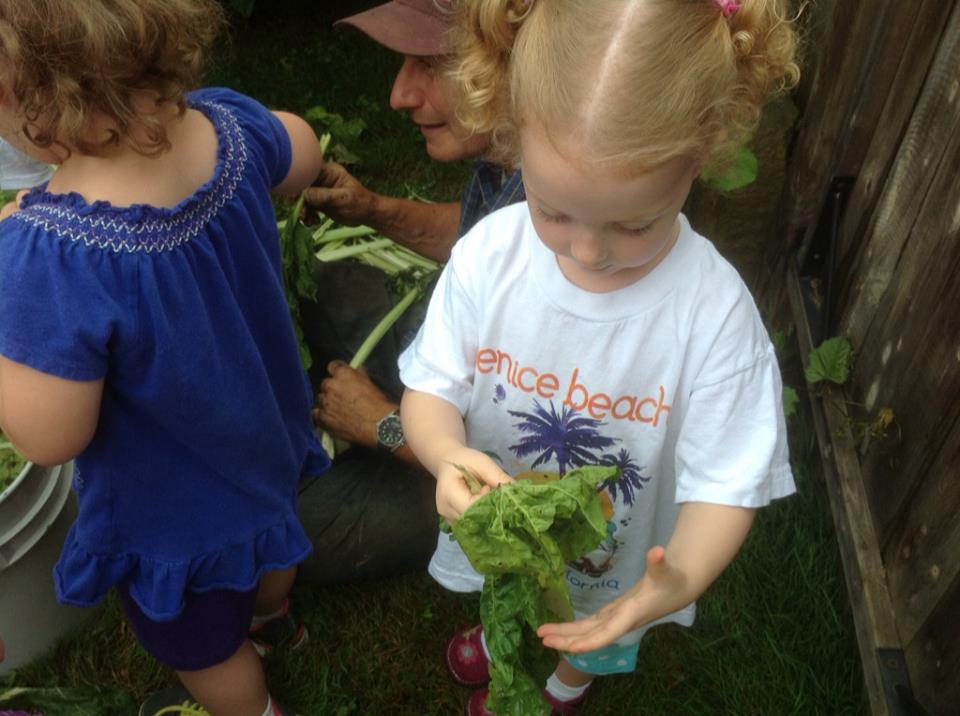 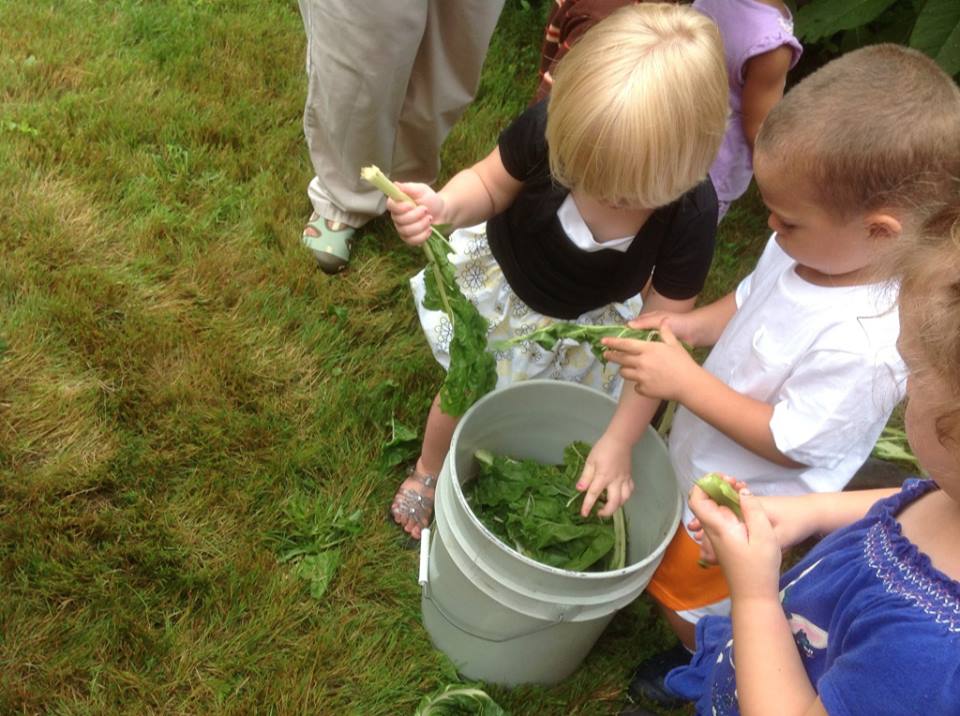 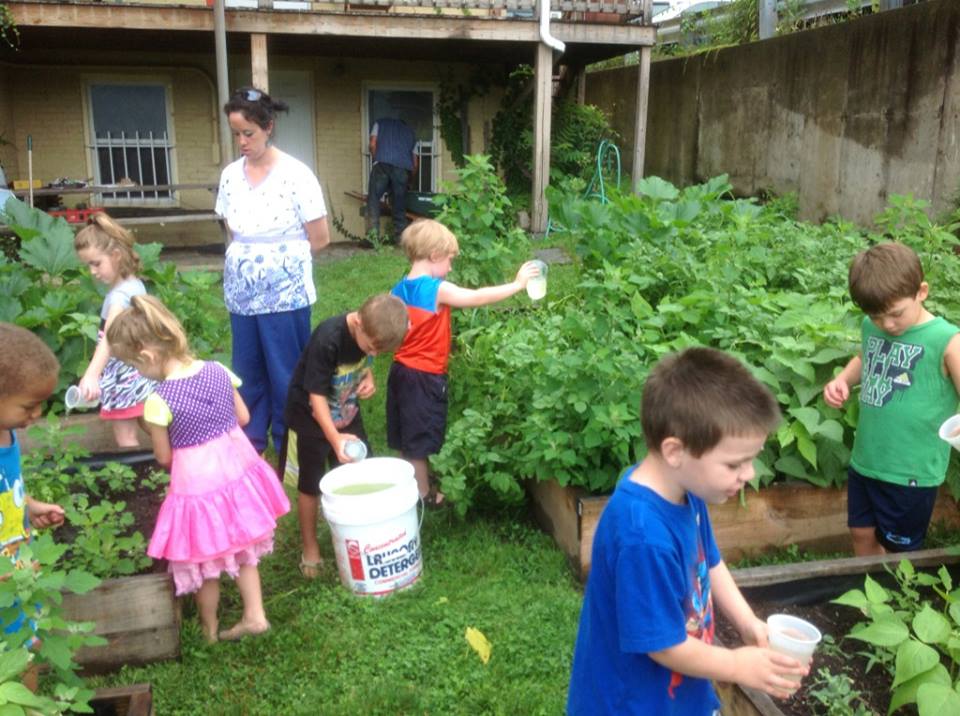 The kids favorite part of the mini-workshop: getting to water the garden... 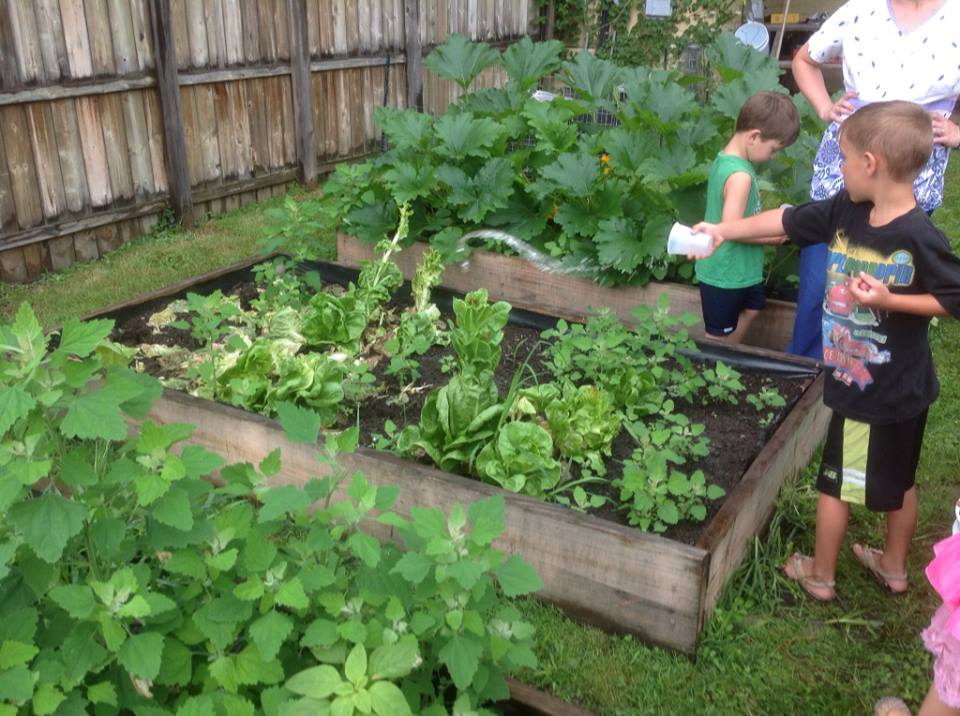 ...and they have some pretty unorthodox watering techniques 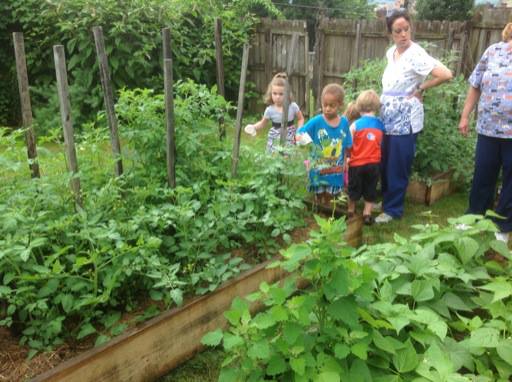 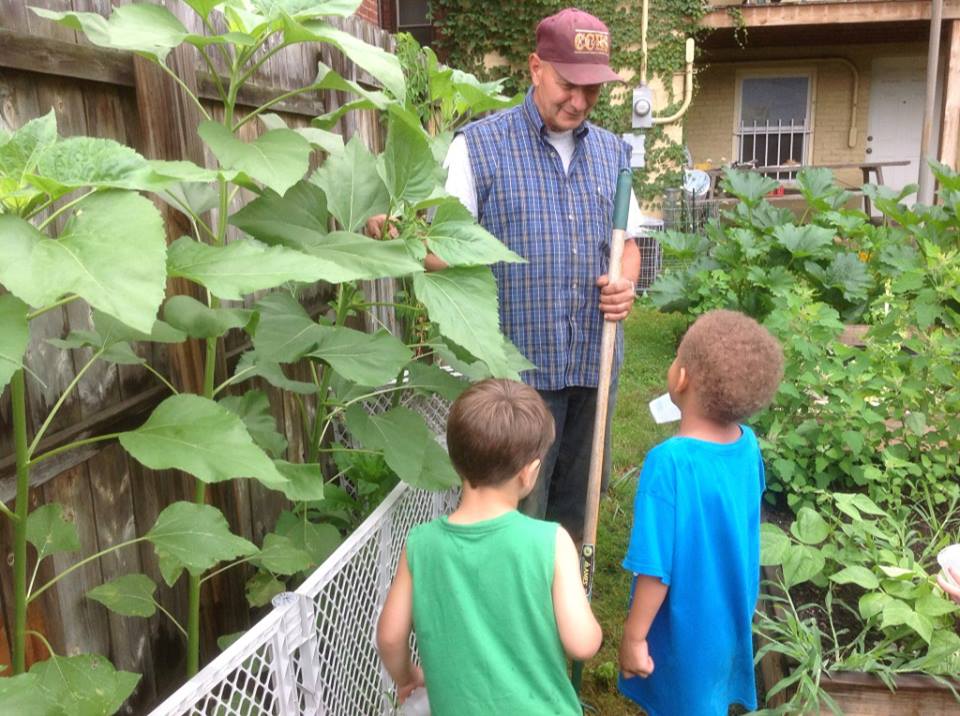 On Wheeling Island is the Island Rats Community Garden, with 25 raised beds and active patronage from members of Wheeling television and media. 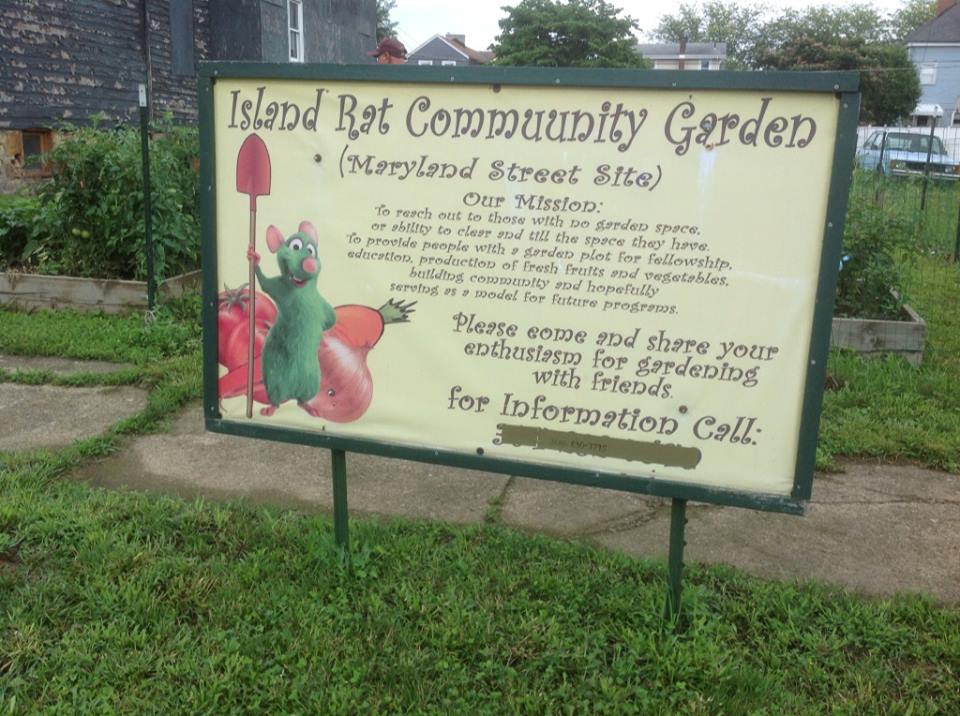 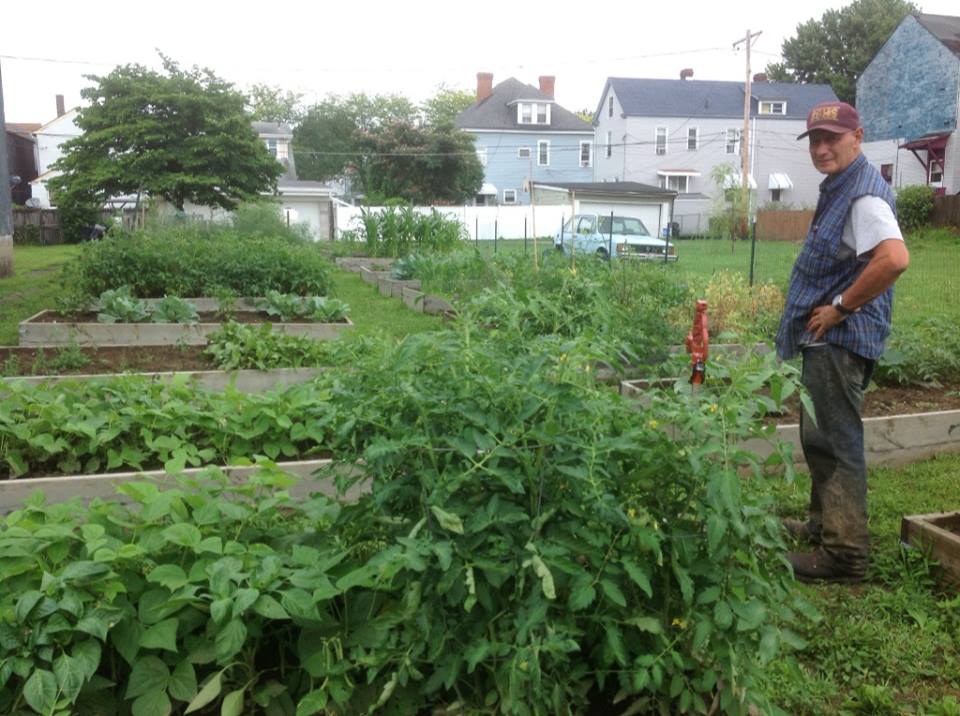 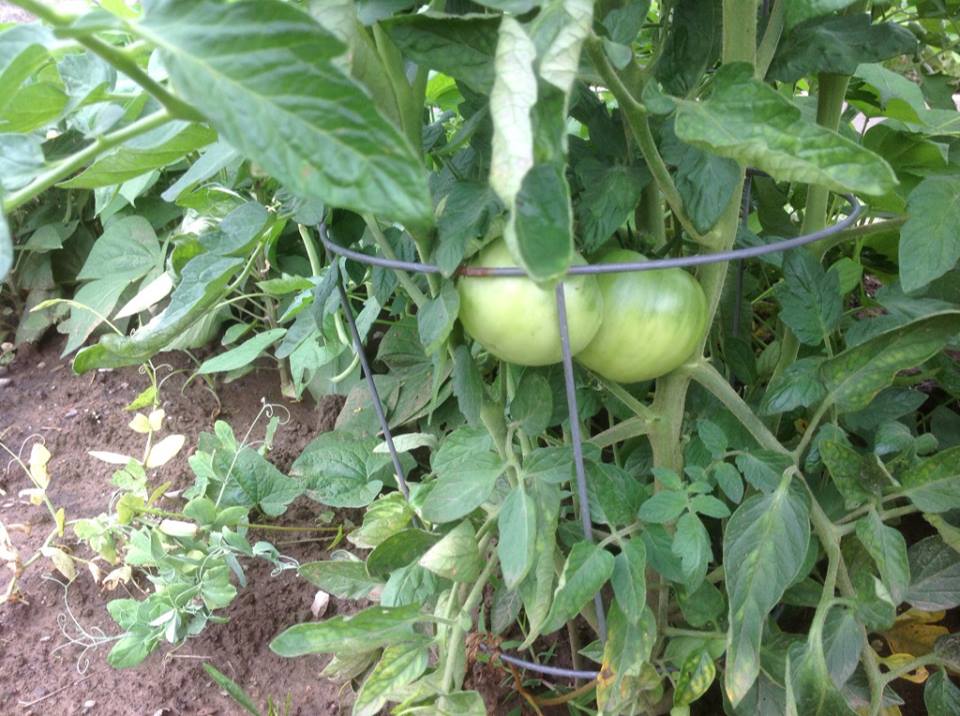 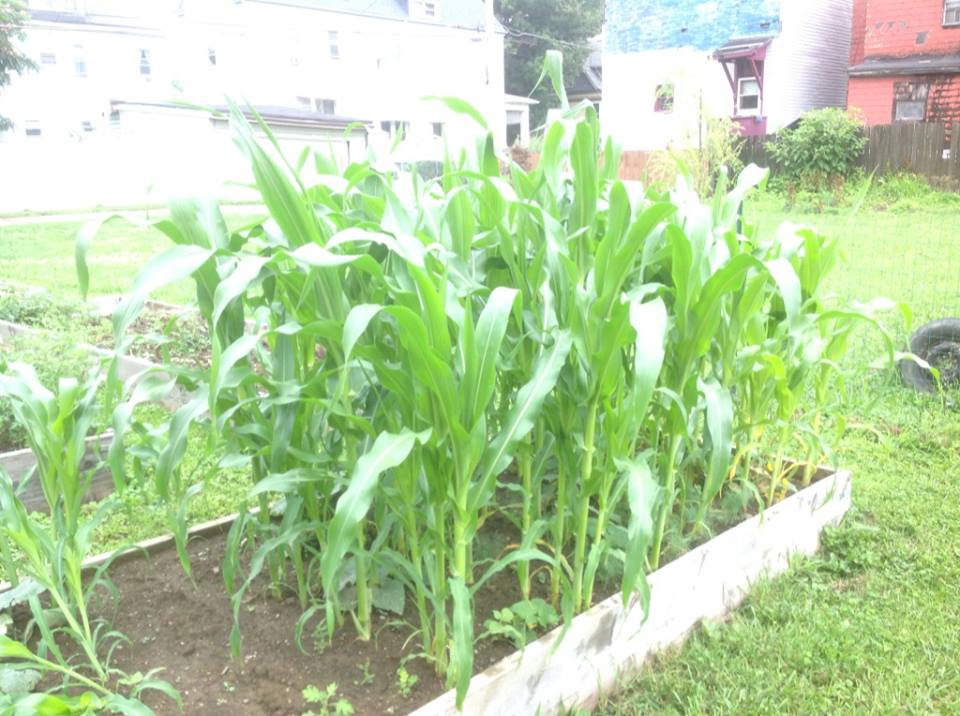 Last and certainly not least, we visited the home of Shannon, a house-mom with five kids and a husband who is an over-qualified coal miner with bigger dreams. Shannon has offered to become one of the main caretakers of the community garden at McNinch Primary. Terry and I were very impressed with her commitment to making sure her kids were given as much fresh and healthy food as she could possibly cook. It is moms like Shannon who in many ways are the real cutting-edge of the local food movement not only in Wheeling, but around the globe.

Quoted once again in the Wheeling Intelligencer, Terry speaks about Wheeling living up to its real potential. "It makes the tagline of 'The Friendly City' very real. Farming is not solemn work that you do all by yourself just to feed your family. The joy of farming, the joy of gardening is when it's done as a cooperative effort. We're trying to create a culture in which people want to work together."

Click here to listen to Terry's interviews on the Green Wheeling Initiative and the Small Farm Training Center with West Virginia Public Broadcasting.