How does the food industry resemble life itself?

Like this: In both life and the food industry, when something is very good, it inspires envy. And wild desire. Then imitation. Replication. Lawsuits.

During the war, it's impossible to imagine that someday whatever started it in the first place will be passé. An uncool relic of a bygone time, replaced in fame and popularity and lawsuit-spawnability by something else. Something whose name we might not know, or barely know, or know but could not guess will someday be worth billions. Trendy foods follow a certain arc. There was a time before bubble tea. A time before energy bars.

A war is raging right now. It's the Yogurt War, also known as the Greek Yogurt War. 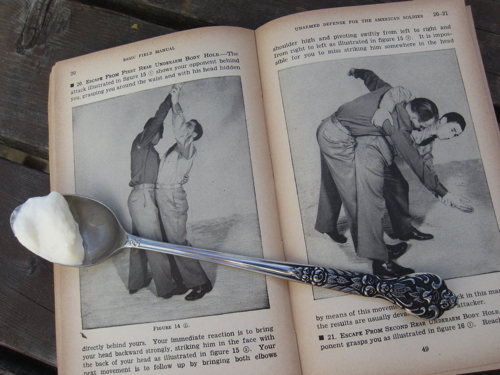 Because today the Yogurt War rages. How do we know this? We know it because Greek yogurt is a $2 billion industry, comprising nearly a third of the overall yogurt market and still growing. We know it because the Bloomberg Billionaires Index just added to its ranks Hamdi Ulukaya, CEO of Chobani yogurt, whose sales have quintupled since 2009. We know it because other foods are now being marketed with the "Greek yogurt" tag: 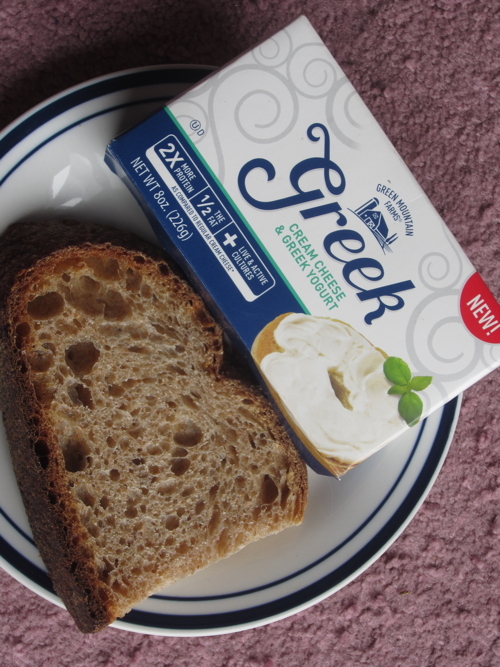 "Initially the reason I chose to make yogurt in-house was because I couldn't get the tartness I was looking for in the commercial versions I tried, and was having issues getting the right viscosity," Hogan told me. "By inoculating it longer -- twelve hours -- I was able to achieve the flavor profile I was looking for, which played very well with the sweetness in the dessert. After 24 hours of straining, it resulted in a wonderfully rich yogurt. It is a bit more work than buying a pre-made commercial product, but in my opinion the end result is far better. Not to mention -- it's significantly cheaper."

And we know the Yogurt War is raging because of the lawsuits.

General Mills, parent company of Yoplait, was accused last year of selling as "Greek yogurt" a product that did not comply with the FDA's official definition of yogurt. This suit lwas partly dismissed in December. In a class-action suit against Agri-Mark, parent company of Cabot Creamery, consumers sought over $5 million in compensation and damages, based mainly on the fact that Cabot Greek is thickened with whey protein concentrate and milk protein concentrate. That suit was dismissed in March. Yogurt company Fage has filed suit against its competitor Chobani, asking that the latter not be permitted to call its product "Greek yogurt" when sold in the UK.

This phase of the Yogurt War might be peaking, because after the courtroom dramas and rumors of planetary damage, what could possibly be left? So the big questions are: What will replace Greek yogurt, because -- history being history -- something will? And where will yogurt go next?

Well, it has already arrived at the cocktail bar. Lucas Bols introduced Bols Yogurt Liqueur two months ago. Made with actual fresh yogurt, it doesn't curdle when combined with soda, juice or other mixers -- here it is with Curaçao syrup, half-and-half, ice and Meyer lemon zest in my latest silky-sweet invention, the Stonewash: 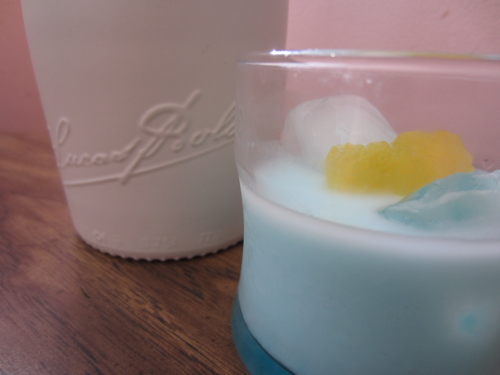 As for what might replace Greek yogurt in the probiotic fermented-milk mashup, whoever knows the answer to that one is the next billionaire. Could it be doubly dense, satiny-sour, spread-it-with-a-knife labne, the Lebanese dream also known as kefir cheese? 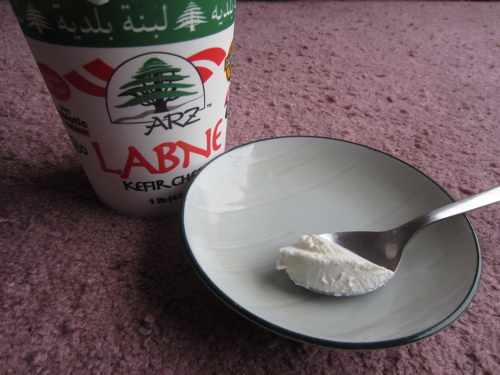 Could it be the tangy, tingly, salty Iranian yogurt drinks also known as doogh? 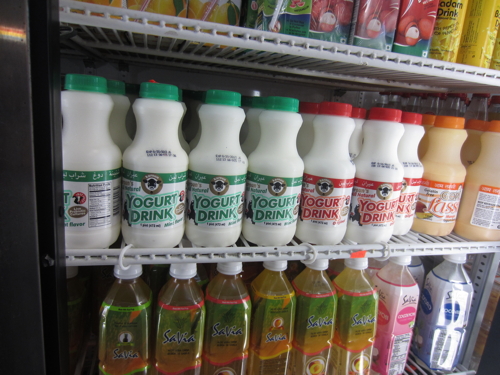 Or could the next big thing be yogurt made from the milk of other animals besides cows? My local supermarket, Andronico's, sells goat-milk yogurt and sheep-milk yogurt. Camel-milk yogurt exists and its viability has been the subject of scientific studies. At Poggio Trattoria in Sausalito, CA, executive chef Benjamin Balesteri places roasted beets, red watercress and pistachios atop honey-sweetened buffalo-milk yogurt to create Barbabietole. He explained that he chose to use this type of yogurt because its flavor is earthier and rounder and its texture richer than that of better-known, less grassy yogurts. He said he likes using it because it's unique and very few US chefs have begun experimenting with it.

Yogurt-drinks image by Kristan Lawson. All other images by Anneli Rufus. All images used with permission.

More:
camel milkyoplaitchobaniyogurtFermented
Newsletter Sign Up
The Morning Email
Wake up to the day's most important news.
Successfully Subscribed!
Realness delivered to your inbox