Here At Huffington Post Living, we love our yoga. We also happen to love zombies -- Shaun of the Dead, the video for Thriller -- we just can't get enough of them. What luck then, that we came upon a little book called The Zen of Zombie: Better Living Through the Undead, from Skyhorse Publishing. Aside from some very handy zombie-fighting tips ("A brain in the hand is worth two behind the hastily improvised barricades") there's also the sort of tips for mindfulness and awareness that we love for our Mind.Body.Soul column. We hope you enjoy this excerpt from The Zen of Zombie, as well as a video below of some zombie yoga -- who knew the undead were so flexible?

Play to Your Strengths (and Ignore Your Weaknesses)

Everybody has different strengths and weaknesses.

If there's a lesson to be taken from this fact, it's "use what you got." It's a lesson nobody's learned better than a zombie. 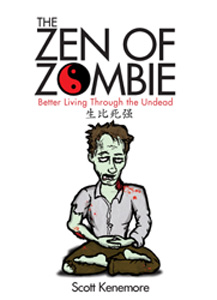 The luckiest zombies are those with the good fortune to be reanimated directly after mortal life has departed from the body. These zombies, usually still wearing the clothes they were buried in (which, in the case of female zombies, almost always includes pearls and a hat), have the fortune to be mistaken for living humans. Occasionally, these lucky zombies are even mistaken for the particular living people they were before they died. The advantages of this are diverse and considerable.

A zombie who appears to be simply a drunken or similarly incapacitated human being of sallow complexion has a much greater chance of gaining access to the places where living humans (and their correspondingly delicious brains) are to be found. Some of these highest-functioning zombies are even lucky enough to remember a word or two of human speech. (Usually these will be simple words and phrases like "hello," "yes," "no," and "I am, in fact, a neurosurgeon. Now please let me closer to that succulent frontal lobe.") These zombies are the millionaires, the professional athletes, the rock stars of the zombie world. But as long as they remain appropriately humble, we have little reason to begrudge them their success. (Zombies are not covetous of one another's good fortune. This is yet another trait we could stand to adopt from them).

Other zombies (perhaps the majority fall into this category) are lucky enough to have all of their limbs and features, but cannot pass for living human beings. These zombies have deathly pale skin. Their grave-clothes are often generations old. Their fingernails and teeth are long and ragged. Their hair is unkempt and encrusted with soil. Still, these zombies are able to be mistaken for living humans at great distances or in the dark, and often use this fact to their advantage. These zombies can sometimes blend into crowds of inebriated people (such as at sporting events or rock concerts ), and can pass unnoticed through inhabited areas on dark, rainy nights. 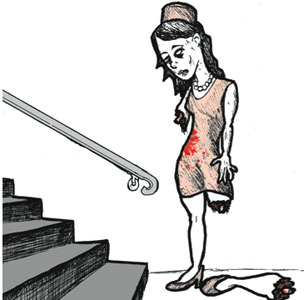 ZOMBIE TIP: A brain in the hand is worth two behind the hastily improvised barricades. Count your blessings, man. When something good comes your way, go ahead and enjoy it. Don't forsake it in favor of what might be behind the next door. Cause it could be some kind of anti-zombie nerve gas the government has been working on, and then you're just fucked.

Other zombies still are less lucky, yet manage as best they can. Zombies in this category are often missing arms or legs. Eyes, noses, and teeth are questionable. Baldness is common. Decomposition, to some degree, has already set in. These zombies are often called the most hideous because they still possess some visible similarity to a living human, but with the most jarring variations thereupon. These zombies induce fainting, vomiting, and the invocation of deities on sight. Tragically, they must exist in a world not designed for them--a world of staircases made for people with two legs, ladders for those with two arms, and voice-recognition software that is hard enough for a living human to use and damn-near impossible for a zombie's rotted vocal cords to operate.

These zombies can't pass for human, and don't try to. They win by paralyzing victims with fear. By being a glorious abattoir-on-parade. If someone faints at the sight of them, so much the easier. If a zombie's wounds or half-decayed state is knee splittingly hilarious, then hey, keep laughing while the zombie gets that much closer, funny guy. Maybe these zombies don't look much like people anymore, but the point is, you're still getting eaten. 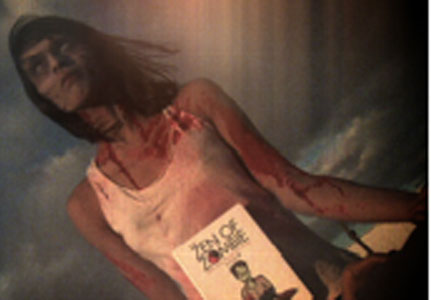 A final category of zombie may fairly be called the Most Decomposed Zombie. Some researchers have even wondered if these creations ought to count as "zombies" at all. Here you find the walking skeleton, no more than rags, tendons, and bright white bone glistening in the moonlight. Here you find the gelatinous humanoid mess, muddily rising from a grave in the bottom of a swamp and lurching toward land caked in leaves and vines. Here the brain, spinal cord, and gibbering skull, squirming along like a fish out of water. These zombies are not just un-human, but un-zombie-like as well.

But fuck it, right? They're still coming for you, and that's the important thing. In fact, maybe that's their advantage. These zombies aren't trying to look like humans. They're mud creatures, or fish, or skeletons, or fish skeletons. They're not going to let you tell them they're not zombies. You don't "get" to tell them what they can or can't be. They're going to crawl or slither or drag themselves after you, and eat your quick-to-categorize brain before it can exclude them from anything else.

In short, the zombies (in all of their various forms) remind us that to be good at what you do, you don't need to be "normal" by anyone's standards but your own. No matter what hand God, or nature, or various artificial reanimating nerve agents have dealt you, you already have everything you need to effectively achieve your goals and follow your dreams.

And now for some zombie yoga!: