Amazon and Hachette announced a settlement last week in their long festering contractual dispute. The publishing industry breathed a collective sigh of relief. But is it really over? The dispute signals a new chapter in Amazon's strategy to favor suppliers that bow to its desires.

At the heart of the Amazon/Hachette dispute was the Agency pricing model for ebooks, which meant it was a battle was over pricing and margin. According to most press accounts, Hachette wanted the freedom to set consumer prices and earn 70% list for its ebooks, and Amazon wanted to pay Hachette lower margins so it could fund deeper discounting. 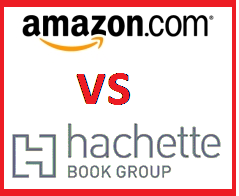 In carefully worded statements last week issued by Amazon and Hachette - neither of which boasted of victory - we learned Hachette will retain Agency pricing control yet conceded to certain unspecified Amazon contract stipulations intended to encourage Hachette to offer lower ebook pricing.

It's not easy to pick winners and losers. As with most wars, even winners can be losers.

Here's my score card of winners and losers, along with speculation on long term implications.

As with most battles, all combatants lost a little something in end. Here's wishing the industry greater peace and prosperity in the future.