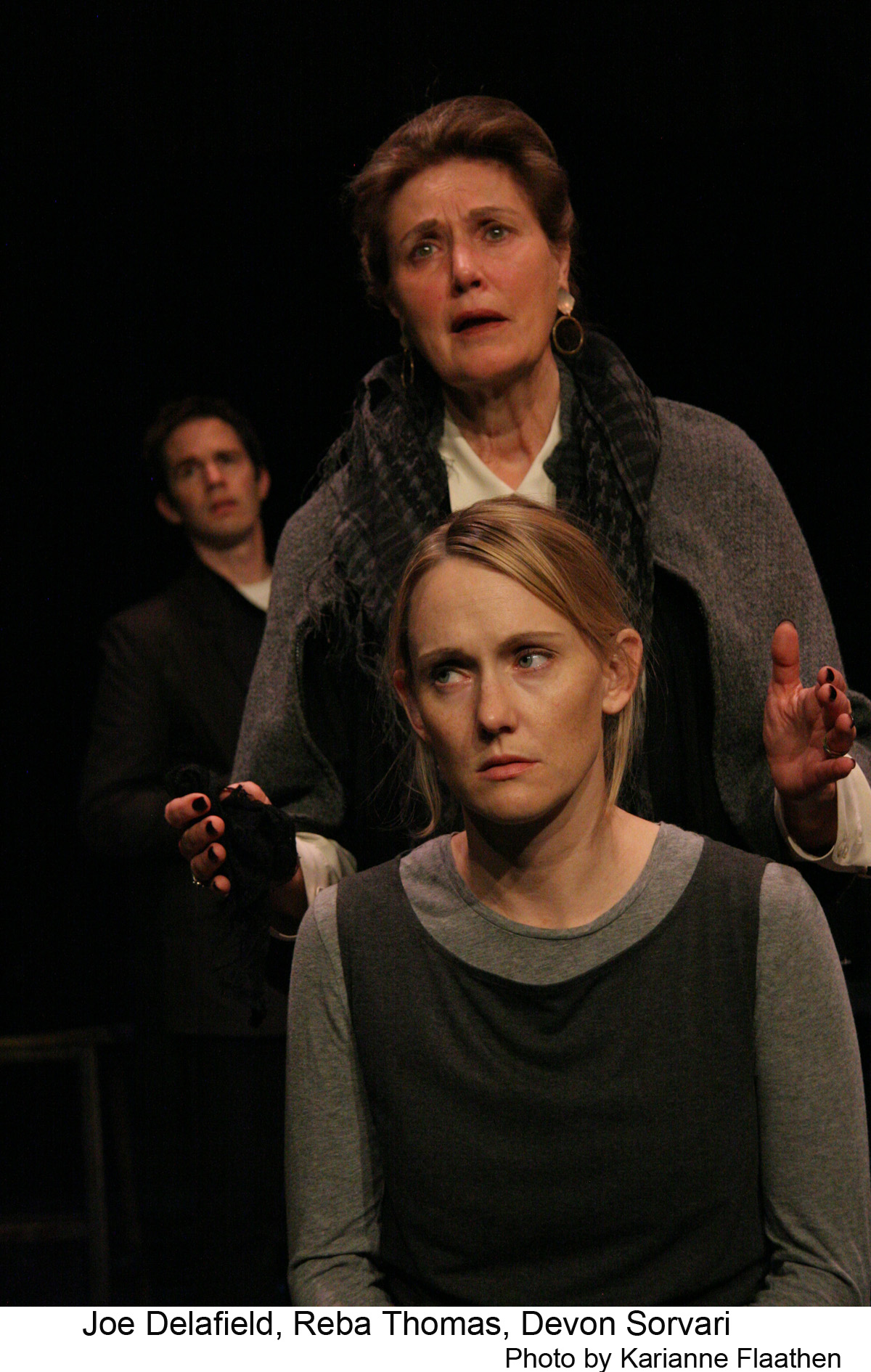 The distinguished Antaeus Company, L.A.'s classic theater ensemble of extraordinarily talented actors, presents Arthur Miller's tale of the Salem witch trials, his parable of mass hysteria and the dangers of theocracy, or any blind ideology, for that matter. Co-directors Armin Shimerman and Geoffrey Wade guide two casts, who perform the play on various dates with skill and imagination.

The directors offer a fresh take on the play, eschewing period dress and adopting a semi-presentational style of acting, with the actors frequently facing the audience as they play their scenes to each other. While off-putting at first, this technique has the advantage of drawing the audience more closely into the action. The talent and dedication of the Antaeus ensemble make the innovation work.

Miller's play has a resonance not only from generation to generation, but from culture to culture. Originally identified with the McCarthy witch hunts of the 1950s, the play has new meanings in the era of fundamentalist religions, strict theocracies and oppressive dictatorships. Miller's piece, which is far more textured than a simple polemic, explores universal themes about the relationship between God and mankind, and between truth and morality.

At the center of the play's moral tragedy is John Proctor (Christopher Guilmet), who must decide between saving his life and sacrificing his integrity, or dying as an honorable man. Along with his wife Elizabeth (Devon Sorvari), Proctor fights an intractable theocratic bureaucracy, in the form of the local pastor (Joe Delafield), a witch-hunting Reverend (John Prosky) and a religiously fanatical judge (Reba Waters Thomas). Accused by a herd of young harpies who have hysterical visions of Lucifer, along with the good people of Salem who are all too quick to rush to judgment, Proctor is forced to "confess" to crimes that he never committed, and to embrace a system of beliefs that is abhorrent to him.

As with all the Antaeus productions, the level of ensemble performance is excellent. Nevertheless, it is worth acknowledging several standouts, including Guilmet, who plumbs the depths of Proctor's inner conflict with a particularly contemporary flair. Sorvari, as Proctor's wife, also finds the piercing truth of her character, who is torn between her love for her husband and the strictures of her religious faith. Thomas also delivers a memorable performance as the fanatical, often wild-eyed judge, your worst nightmare in black robes.

Steve Hofvendahl is remarkable as the gruff-spoken neighbor, who brings new flair to the voice of the common man. Also outstanding is Fran Bennett as Rebecca Nurse, the soft-spoken pillar of the community who faces death with spiritual equanimity. Both Kate Maher and Shannon Lee Clair are lively and engaging as the young women possessed by Satan. The rest of the ensemble -- too numerous to mention -- live up to the high standard of Antaeus productions.