BEAUTIFUL: THE CAROLE KING MUSICAL *** out of ****
STEPHEN SONDHEIM THEATRE

It's poor praise to say Beautiful is the best show of its kind since Jersey Boys because so many behind-the-scenes showbiz tales are awkward and unconvincing dramas. Baby It's You, A Night With Janis Joplin, Motown The Musical -- even if they get the music right, the drama is usually flat. So it's a pleasant surprise to watch as Douglas McGrath's book hits the right notes in the familiar story of an eager young talent hoping to make it big in rock n roll. In this case, the kid is Carole King (Jessie Mueller), a teenage girl who doesn't want to be a star; she just wants to write hits.

Before you know it, she's pitching songs to
Don Kirshner (Jeb Brown), finding a lyricist and boyfriend in Gerry Goffin (Jake Epstein), enjoying a friendly rivalry with fellow songwriting team Barry Mann (Jarrod Spector) and Cynthia Weil (Anika Larsen) and churning out a parade of hits, from "It Might As Well Rain Until September" to the landmark "Will You Love Me Tomorrow" and "Up On The Roof."

You won't be surprised for a minute and naturally everyone knows how the show ends: with Carole King delivering Tapestry, one of the most critically acclaimed and commercially successful albums of all time, standing on her own as an artist and woman. But getting there is a pleasure thanks to a top-notch cast, solid direction by Marc Bruni and above all a star-making performance by Mueller.

Sure, both acts sag in the middle. Act One spins its wheels when it delivers a parade of hits like "On Broadway," "The Loco-Motion" and "You've Lost That Lovin' Feeling." All are capably delivered by people imitating the original artists but they're just filling time and delivering hits, not moving the story forward. The show is much stronger when it shows the songs in their embryonic stages or lets them reveal something about the people who wrote them. Act Two sags a little as well when King's marriage falls apart and the show briefly becomes the Gerry Goffin story.

But enough goes right in this familiar story to keep you happy. More often than not, they place the songs well. Only "Chains" notably breaks the chronological flow of the real hits and only "One Fine Day" is awkwardly placed as an act one finale since its lyrics don't really track the emotional state of King. The show begins with King on stage at Carnegie Hall, immediately pulling in the audience with a classic King performance of "So Far Away." Then we cut to the teenage King shilling her song and we start to appreciate Mueller's talents. She segues from tentative teen to talented songwriter and ultimately winning stage performer, all the while singing in character. She always puts the songs over, but Mueller lets us see King slowly blossom, from the shy confidence she displays in a recording studio to the self-deprecating air that led her in real life to try and launch her first album under an anonymous band name and taking three tries to grab the brass ring of Tapestry.

Mueller gained attention in a woebegone revival of On A Clear Day You Can See Forever and the excitement she generated is fully justified here. Equally appealing as an actress and a performer, she seems to be channeling King's voice from the demos to the fully realized album versions without ever stooping to imitation. One pities the actress who must take over for her someday in this part.

She's surrounded by a group that has great chemistry. In this fantasyland version of events, Kirshner is a lovable father figure and Brown is good in the role. Jake Epstein (of DeGrassi! Take that, Drake! Craig is on Broadway!) delivers the immense charm he's always enjoyed, a crucial element for Goffin, who spends most of the show feeling trapped in marriage and suburbia, constantly cheating and getting strung out on drugs when he's not having a nervous breakdown. Equally appealing is Anika Larsen as the wise-cracking best friend and immense talent Weil. She's well-paired with Jarrod Spector; after years of Jersey Boys he gets to create the nebbishy, sexy hypochondriac Barry Mann from scratch and Spector makes him a delight.

The tech elements are strong throughout with special kudos to Charles G. LaPointe for his excellent work on wig and hair design which helps immeasurably in letting the actors age from kids to adults while nailing the eras at hand. But above all there's the music. Interestingly and smartly, we don't see the creative process at work; there are no scenes of these teams struggling to get rhymes or overhearing a snatch of dialogue they then turn into a hit. Instead, King is playing Goffin a melody or Mann is showing Weil what he's come up with or they're all pitching to Kirshner. (Did these two teams really come up with classic gems overnight to woo the boss for the next Shirelles single?)

This avoids cliche and let's us hear the songs naturally. "Up On The Roof" becomes more plaintive when Goffin explains how the roof was a refuge for him from battling parents. "Some Kind Of Wonderful" turns into a duet that effortlessly shows two people falling in love. "You've Got A Friend" serves as a touching goodbye to her friends when King heads to the West Coast. And "It's Too Late" serves the dual purpose of showing King spread her wings in front of an audience at the Bitter End while clearly baring her soul over the end of her marriage. It's the best sort of standard, one that speaks to a specific moment in her life and thus becomes universal.

Beautiful is a quieter show than Jersey Boys, without the canny trick that one displayed of teasing out the big hits in skeletal form until the audience is on the edge of their seats waiting for the full-blown classics. In Beautiful, the emotional power comes from the realization that even with those pop hits for various acts, King was telling her story in song right from the very start.

NOTE: The poster for the show, however, is notably unappealing. Would it have cost too much to mimic the cover of Tapestry with Mueller in place of King?

RODNEY KING *** out of ****
PUBLIC THEATER: UNDER THE RADAR FESTIVAL

The Public Theater's Under The Radar Festival is charging ahead in its tenth year. They proudly tout the many notable shows that have appeared under its umbrella in the past decade via a commemorative booklet and it's clear this January event is a key moment in the theatrical season. It's a rare, bold chance to see works from all over the world that might never get a showing in New York City otherwise.

Already a substantial success with just two performances left is Roger Guenveur Smith's solo work Rodney King. Smith calls this piece a prayer as much as a performance and it does have an incantatory power. He plays with details both familiar and new to the tale of Rodney King, a man brutally beaten by the LAPD who then failed to get any justice in the courts, only to see Los Angeles explode in riots/uprisings/rebellions (depending on your point of view). Often reduced to the plaintive "Can we all get along?" King is given the dignity of a complex portrait that ranges from his family's history of alcoholism to the autopsy report that noted King had "an abnormally enlarged heart," a detail Smith employs effectively in an understated manner. 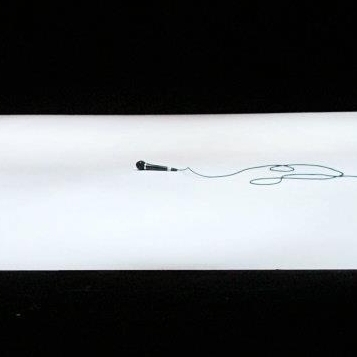 He lets the autopsy feel like one final invasive act in a life filled with wounds, many of them self-inflicted as Smith says. Though we get flashes of the many stories revealed in the violence after King's trial -- acts of heroism and decency amidst the chaos -- it's not Smith's style to people the stage with a cast of characters. The over-arching effect is of a keen intelligence offering insight to these events, a griot that tells this story with an incantatory power, mixing stylized movement with repeated phrases for a jazz-like reverie. His stage is a rectangle of light, reflecting the pool that King ultimately drowned in or perhaps the light of the media that magnified and distorted King's story or maybe the beneficent light too often missing from his life.

At 60 minutes, Rodney King feels to be just the right length. Only a festival like Under The Radar can offer the setting for a work like this that deserves to be seen. Smith wrote and directed the piece but appropriately gives credit at the end to all his collaborators, especially Marc Anthony Thompson's evocative sound design that allows Smith's -- and King's -- words to take flight.

Also playing at Under The Radar is Edgar Oliver's solo piece about his bizarre childhood in Savannah. I saw Helen And Edgar in an earlier incarnation in 2012 that was my first introduction to this downtown fixture's peculiar magnetism. It too is not to be missed.

Download
Calling all HuffPost superfans!
Sign up for membership to become a founding member and help shape HuffPost's next chapter
Join HuffPost
Follow Michael Giltz on Twitter: www.twitter.com/michaelgiltz
Voting Made Easy
Register to vote and apply for an absentee ballot today
Register now