There is a rather mind-blowingly cool organization based in San Francisco called The Long Now Foundation. Started in 1996 (or 01996 as they would write it), the Long Now folks hope "to creatively foster long-term thinking and responsibility in the framework of the next 10,000 years." And "to provide counterpoint to today's 'faster/cheaper' mind set and promote 'slower/better' thinking."

I thought... where does theatre live in The Long Now?

Stewart Brand, in his book The Clock of The Long Now, shows us this diagram of the timing of various cosmic currents. 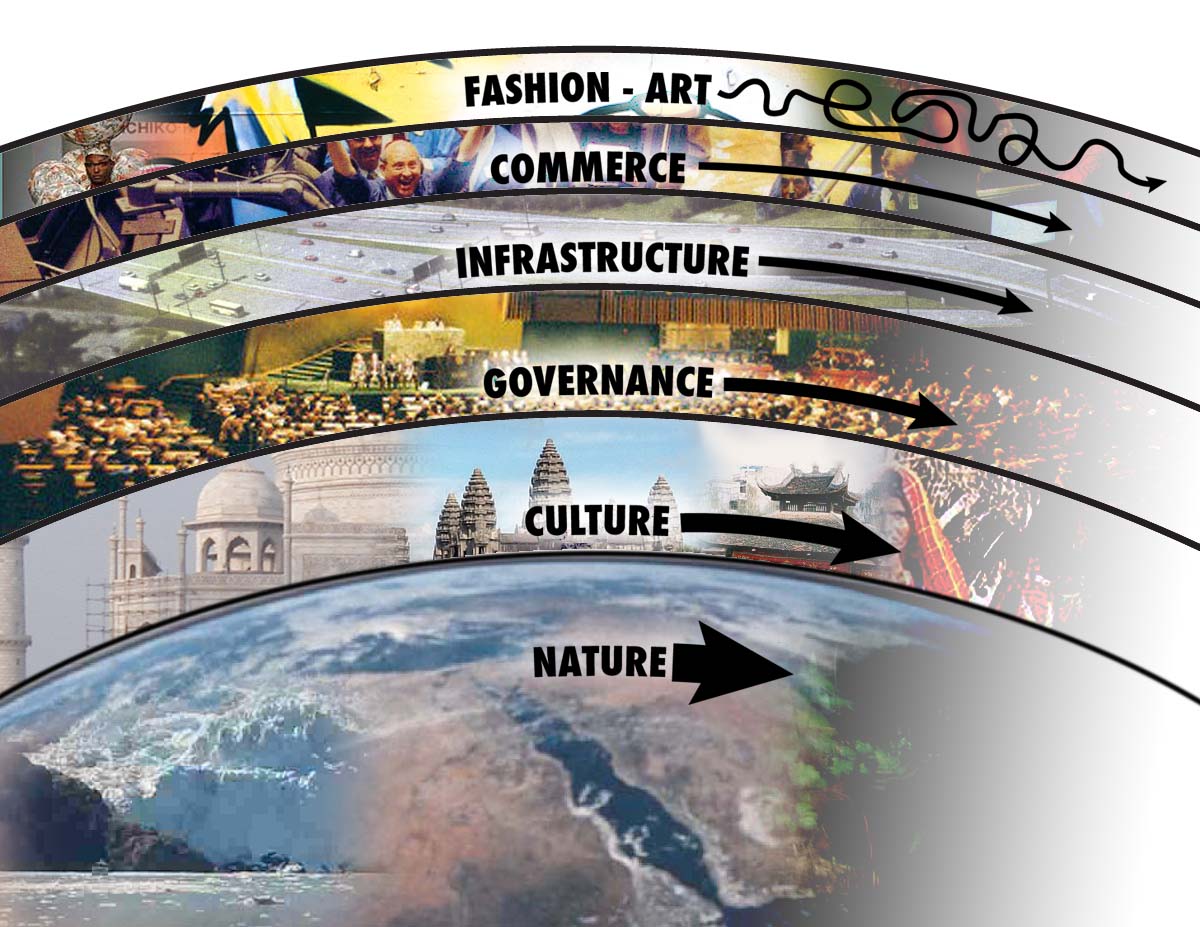 Nature time is slowest -- fashion/art (although I might correct this to be 'pop art') time is fastest. And where is Culture? Right next to Nature. Because Culture is made up of the longest-lived stories, art, religion, language, and history of a people -- it's fiction and it's fact. Culture is a slow, patient, exhaustive, lasting human force that examines, defines, propels and deepens the life of us all.

Theatre is not built for trend -- though the good plays usually sync up with the zeitgeist. Theatre aims to make things that last. And as much incredible storytelling is going on in TV these days -- TV is a fast medium, a medium that most likely inspires "ooh what's next!" as opposed to "what does this mean for all of us in the Now?"

TV and Theatre aren't competing for dramatic prowess, of course (unless it's raining on a Friday and popcorn plus a rerun of Battlestar overpowers your desire to get out the door - I've been there my friends.) They do different things (and some of the same things), and at their best do them to astonishing impact.

What distinguishes Theatre most is its rebreathing. A movie is replayed (sometimes remade), a TV show is re-watched (sometimes remade), but a play is rebreathed with the simplest technology -- people. The story might be thousands of years old but a performance of it is given new breath by live, present people. This isn't rewinding, this is reliving. All Theatre needs to be Theatre is a performer, audience, and story. Simple stuff at essence - but simple stuff tends to hold up. So Theatre is given to us over and over again -- a live gift from times past to now, and from times now to the future.

What plays will we send forth to the theatergoers 5000 years from now? What plays are we making and watching that "mind the deep myths" for the future? What theatre are we crafting right now that will last the long now? (I know of many good candidates for longevity, so don't worry.)

I'd encourage any proponents of this Theatre of the Long Now to soberly consider our charge. We must craft the kind of stories that, when rebreathed a thousands years from now, can inform, enlighten, and inspire the Far Future. Long Now Theatre should tells long now stories -- stories of this earth and our responsibility to it, of our most global human experiences, of our connection to future/past people, of our truest truths and most meaningful discoveries, of scope, of scale, of myth, of hope.

That is the ritual, the grand story, the human largess in which you participate, inherit, and compel by going to the theatre.

Because in my long now -- Euripides, Japanese Puppeteers, Shakespeare, Ibsen, Williams, Churchill, and all of my playwriting colleagues across the world get to hang out together and ask, "what's new for you?" In this long now -- Theatre is a lifeline of wisdom from ancient cultures to now, and from now to the Far Future. In this long now -- Theatre is that most basic tool by which all of humanity can speak their speech artfully, philosophically, meaningfully... slowly. 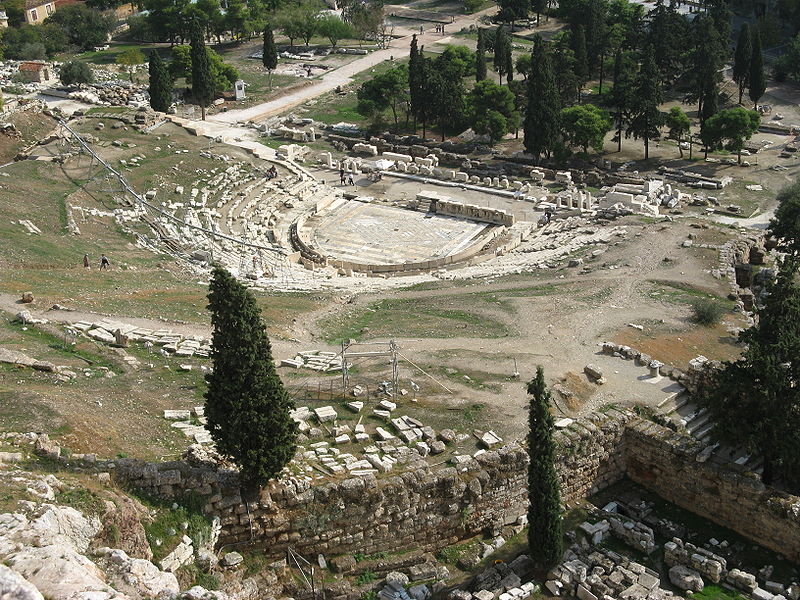