Can't Get Right: Legislative Theatre 2014 from Theatre of the Oppressed NYC on Vimeo.

When New York City Councilman Jimmy Van Bramer cast his vote in favor of reforming stop and frisk last year, he told fellow lawmakers he was dedicating his vote in honor of LGBT youth of color.

As an openly gay man and member of the city council's LGBT caucus, Van Bramer knew of many individuals directly affected by the NYPD's controversial policing tactics. But on that day, speaking before the floor of the city council, he had a specific woman in mind.

"Giselle had a real, concrete effect on me," Van Bramer recently said in an interview with The Huffington Post. "She was just amazing."

He first met Giselle, a transgender actress, just two months prior during an event called the Legislative Theatre Festival. It was hosted by the Theatre of the Oppressed, an organization that partners marginalized youth facing discrimination with policy makers to propose change. Founded in 2010, the theatre was modeled on Brazilian director Augusto Boal's methodology to empower those who have been discriminated against through performance, rather than using professional actors to dictate solutions.

That evening, in a crowded school gymnasium, Giselle reenacted a frightening encounter with police who accused her of soliciting prostitution, simply because of the way she was dressed. 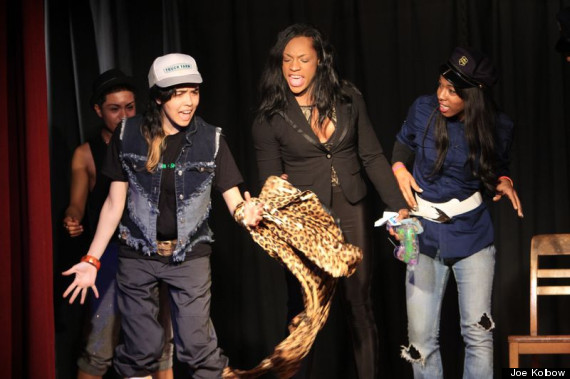 "When she was up on stage, getting abused, you could have heard a pin drop," Van Bramer said. "It was so courageous of her to share that experience with us."

As a transgender woman of color, Giselle's experience is a disturbingly common one. On a national level, 73 percent of people who identify as LGBT reported being stopped by police over the course of a year. More than 60 percent of transgender youth arrested each year are black or Latino.

Giselle was just one of the many actors participating in the inaugural Legislative Theatre Festival, which champions "representation through improvisation." Their raw performances, all depicting different forms of discrimination, created a powerful shared experience between them and the audience -- and that was only just a tip of what the evening had in store for them.

"We want to take back the storytelling process and demand change from the people who are actually facing the problem," Katy Rubin, the theatre's founder, said. "No advocates, no social workers. The philosophy is that everyone is an actor, both the audience member and the performer."

According to Rubin, change begins by acting out real experiences of abuse. Family members and community leaders then take to the stage to debate new solutions.

Together, they vote on the issues set before them in a town-hall like setting where those who have been abused collaborate with policy makers to draft legislation. The proposals then become central to the theatre's core mission, and are sometimes adopted into the efforts of groups such as the Bronx Defenders and NYC Civil Liberties Union in an effort to cement change. 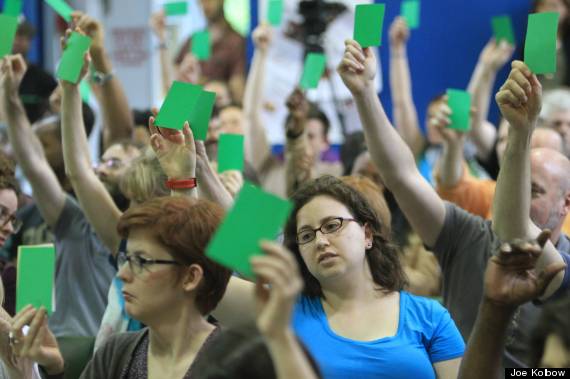 "That day in May was so special," Van Bramer said last year, months after the event. "It was really important to me, and it worked in all the ways we talked about advocacy working. Giselle's piece on that experience by a trans woman of color was so effective. We voted just a couple of months later on ending stop and frisk as we know it in the city of New York; that piece really helped me solidify my thinking on that issue."

The theatre, along with Van Bramer, is hoping to repeat and grow its success with the second annual festival kicking off Thursday, May 29th. This year the forum will focus on racial profiling and the failures of the criminal justice system.