With the long anticipated demise of one of London's premier free newspapers, thelondonpaper, changing the landscape of how commuting Londoners are consuming printed media, (the capital's other free newspapers, the London Lite and the Metro, do remain) there has been a perceived opening in the market for other, fresher publications to fill the void of the fallen tabloid monolith. And so steps forward theblogpaper, the UK's first user generated newspaper.

The paper was born from theblogpaper site - a conceptualized online space that allows for users to submit articles and photographs to have them discussed, commented on and potentially printed in what is now a weekly publication. Handed out by polite young chaps at train stations across the capital, theblogpaper effectively combines the mediums of print and digital to create a balance between who controls the media by shifting power from "the few," and then by returning it to "the many." 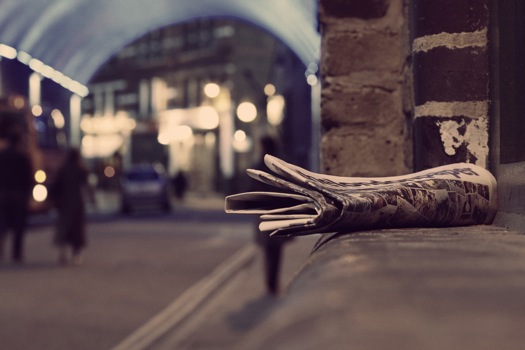 Free papers such as thelondonpaper have found particular affection amongst the capital's young commuters, and are the cornerstone of many young Londoner's print media dietary habits. Quite commonly these papers are the only that they would read day in day out. Theblogpaper is an excellent example of how to engage this audience without being overly intrusive as, from Design to Politics to Technology, the paper is a vibrant, young and fresh take on journalism.

An excellent example of the influence of user generated content, theblogpaper continues to grow as questions over the move of taking the blog to the press demonstrates the influence of online journalism in the new age.

This originally appeared on PSFK