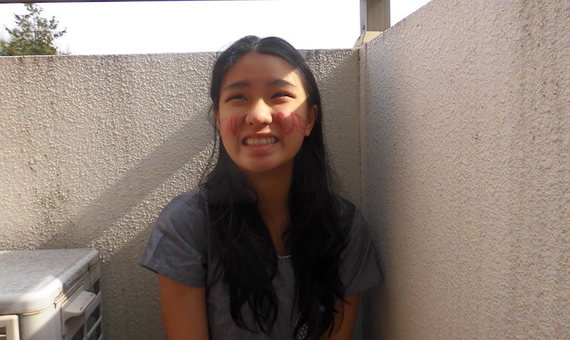 16 year-old Theint Theint Thu is working to improve the education system in her homeland of Myanmar. A junior at high school, Theint Theint currently lives in Tokyo, where her parents work for a car company. Her commitment to her cause belies her age; I interviewed her for Impolitikal and was truly blown away.

How long have you lived in Japan, and how has that experience motivated you to do the work you're doing now?
I have lived in Japan for 14 years. Living in Japan has made me understand what the quality of life should be. It has also helped me analyze how important education is to the development of the sciences, the arts and the humanities. I understood what people were capable of once they were given the opportunity to pursue their dreams and passions. It also contributed a lot to the idea of 'acting now'. I've always wanted to put these projects off for a later date, but as I contrasted the two worlds I am connected to and realized the severity of the situation in Myanmar, I was pushed into acting right now.

What led to your interest in education in Myanmar?
My interest in education was a rather messy journey. When I was in middle school, I dealt heavily with anxiety, and a severe lack of motivation. There would be days when I just couldn't get myself out of bed, or would be hyperventilating for two hours straight. One thing that remained with me was the love I had for the people of Myanmar. I loved the humble, kindhearted and warrior-spirited people.

For a while I was back in Myanmar as my parents believed the change in environment would help me overcome my mental state. I remember sitting in a tea shop there when my father asked one of the working boys whether they were at school or not. Most of them said no. I asked them what they wanted to be in the future and most knew to reply with "nothing". I realised the lack of motivation they had for their future was something I similarly felt and I did not want others to feel this way as well. I wanted them to have a chance at their future and at their lives. I wanted them to understand what it meant to have a value in their future, and what it meant to have a dream to chase after. I believed that a child should be given the opportunity to become who they desired to be, not who they were destined to be.

My beliefs drove me to try to find equal educational opportunities for everyone, regardless of ethnicity, gender, disability or age. Eventually, the children I had met became the reason I ever overcame my emotional and mental struggles, and to this day I cannot thank them enough.

What are some of the barriers you expect to face, or that you have already faced in trying to bring about change?
The biggest problem I've faced is how no one takes me seriously. Everyone assumes that a 5'2", 16 year-old girl fighting for education reforms is 'cute' and oftentimes my ideas are disregarded as 'naïve dreams children have'. However, if I could get people to change their perspective on education for the better, despite what they think of me, I would be happy. At the end of the day, my goal is to promote education, not myself.

The local authorities have been difficult to work with as well. The idea of having private or public school curriculums, or trying to bring reforms has been difficult to implement. It's been incredibly hard, and terrifying, to present my ideas of a quality education in front of older men with military achievements, who unfortunately do not stand for the same values I do. More often than not I'm asking myself if it's really worth it, but the answer is and always will be yes.

Read the rest at Impolitikal.com.