Black history is all around us.

The street corners, churches, stores, apartments, empty lots and parks we pass by everyday share a rich history of the black lives that lived before. Black History Month offers an annual opportunity to recognize and cherish that rich heritage.

From Harlem to Selma, and everywhere in between and around, these then-and-now Huffpost photographs synch space and time into powerful images of past and present.

In the spirit of bringing Black Future Month and Black History month together as one inseparable celebration of black lives, these photographs embody the legacy of Black history in America. 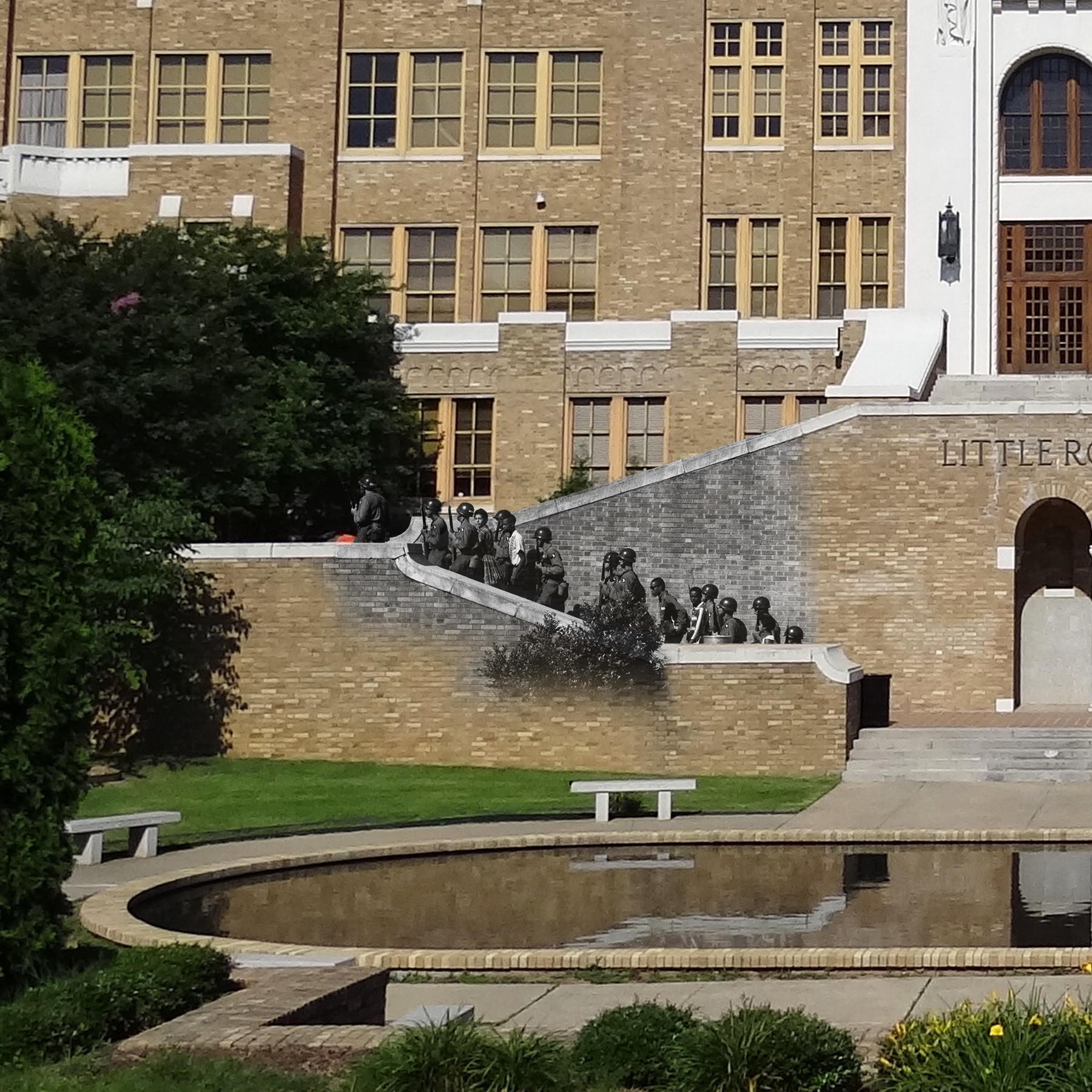 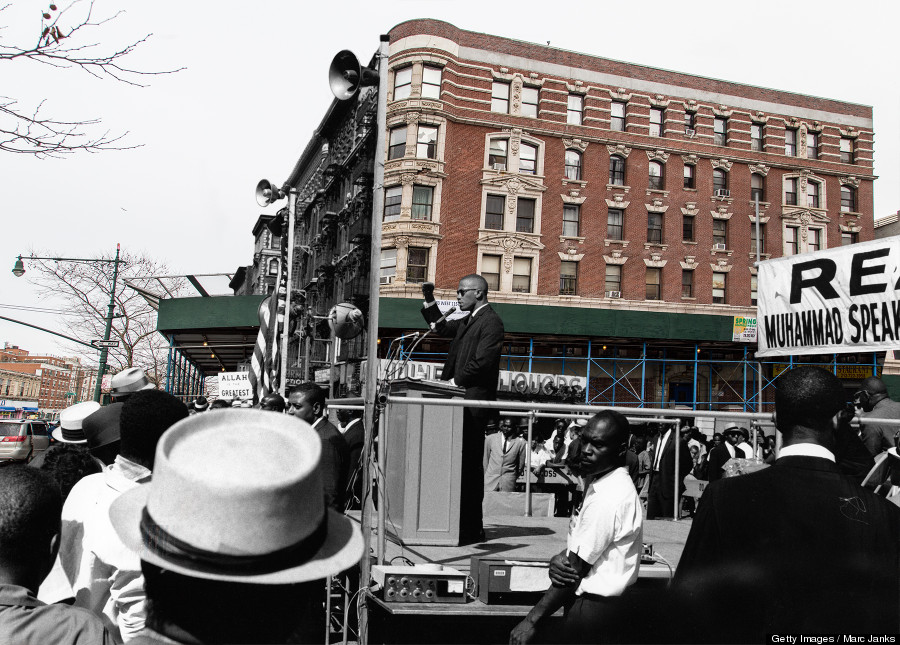 Malcolm X speaks to a crowd at a rally in Harlem at 115 St. and Lenox Ave on September 7, 1963. Today, that same corner boasts the Rev. Dr. Martin Luther King Jr. Towers, a Dry Cleaner's and a deli.
Credit: Adger Cowans/Getty Images; Marc Janks 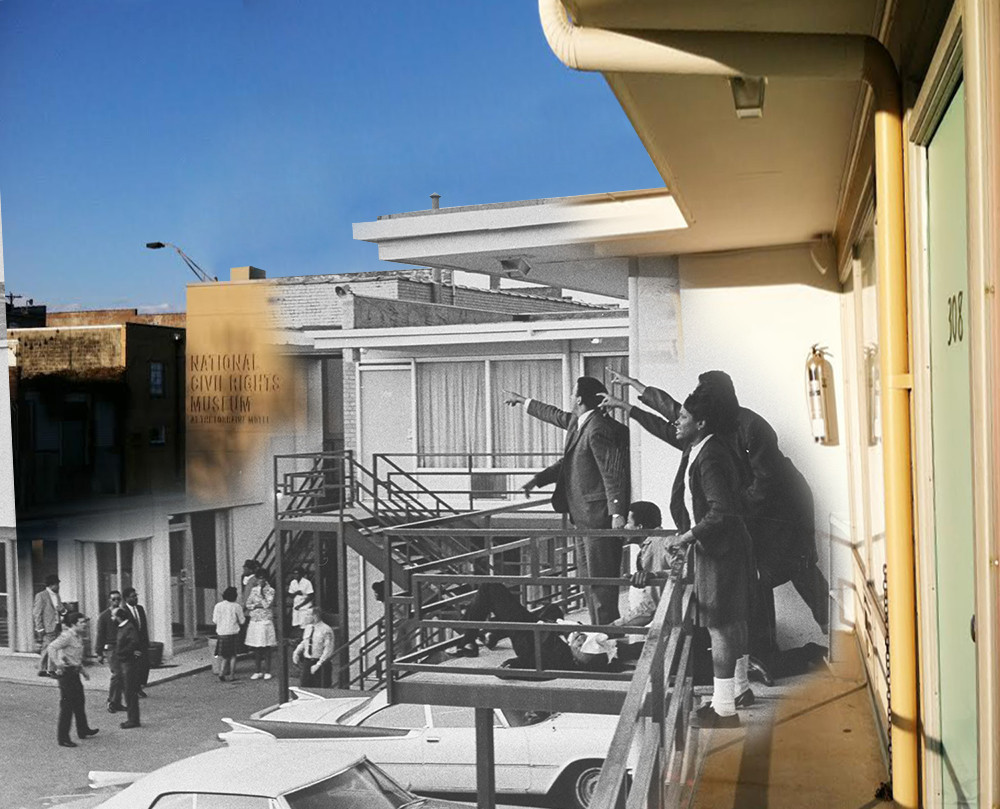 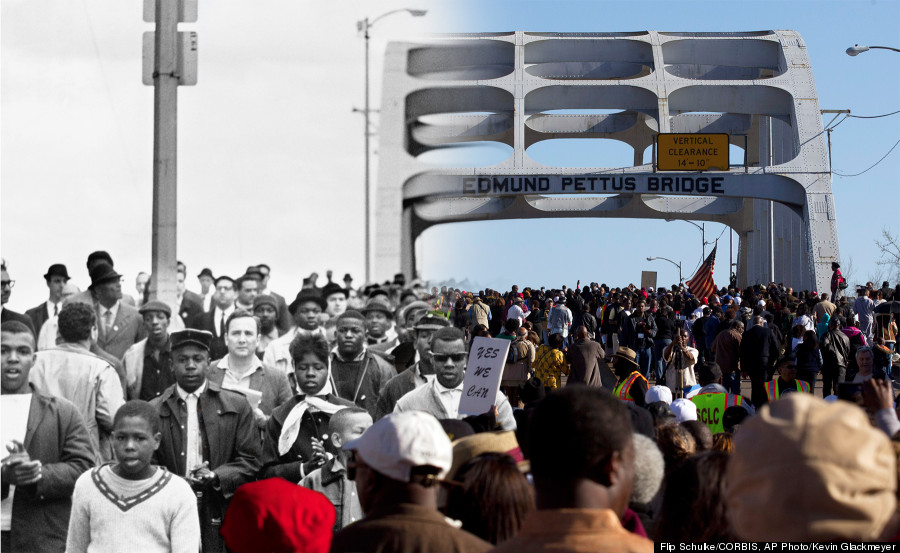 Forty-nine years ago, the Edmund Pettus Bridge was the site of a horrific attack on some 600 civil rights demonstrators, traveling from Selma to Montgomery. George Wallace, Alabama governor at the time, ordered state and local police to stop the march on grounds of public safety, and the group was confronted by authorities armed with billy clubs and tear gas in what infamously became known as "Bloody Sunday."

The "Bloody Sunday" attack contributed heavily to the passage of the 1965 Voting Rights Act, a law that is widely considered to be the country's most effective piece of civil rights legislation. In March 2013, the bridge was declared an historic landmark, honoring its significance as a site of a major turning point in the Civil Rights Movement.
Credit: FLIP SCHULKE/CORBIS, AP PHOTO/KEVIN GLACKMEYER 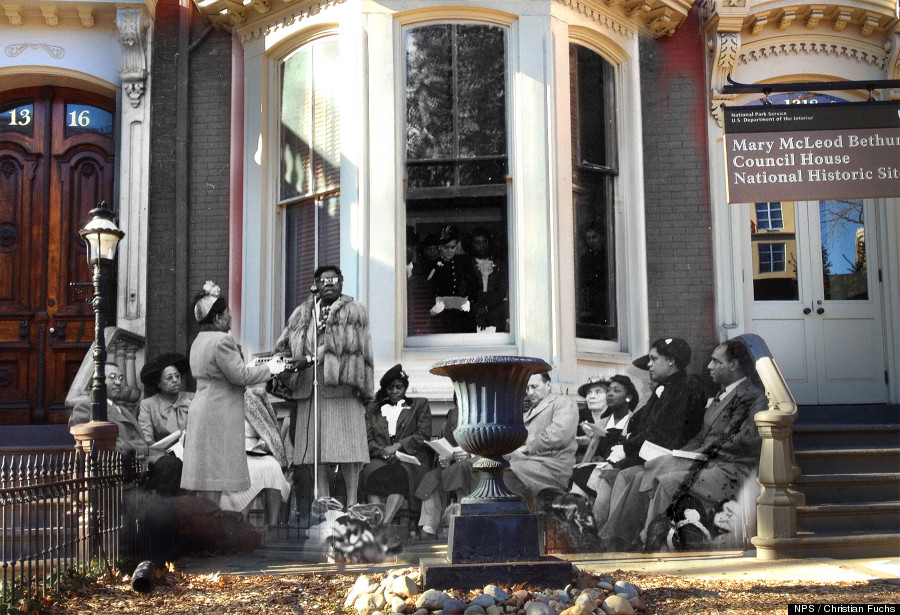 Mary McLeod Bethune achieved great success at the Washington, DC townhouse at 1318 Vermont Avenue NW. The house was the first headquarters of the National Council of Negro Women (NCNW) and was Bethune’s last home in D.C. From here, Bethune and the NCNW spearheaded strategies and developed programs that advanced the interests of African-American women. Today, it is a national historic site.
Credit: NPS ; Christian Fuchs 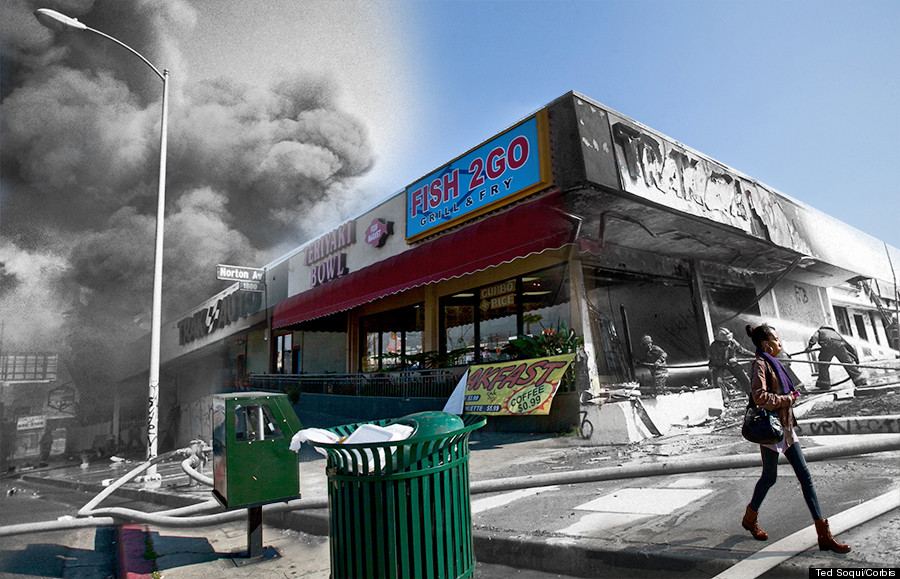 On April 29, 1992, four Los Angeles police officers were found not guilty of assault and using excessive force after a video surfaced of them brutally beating a black man named Rodney King. The trial verdict set off emotions in the African-American community that had endured police brutality and abuse for years, as the bubbling anger boiled over into what is now known as the 1992 L.A. Riots.

The riots lasted for five days, starting in the southern part of the city and eventually spreading to parts of the Los Angeles metropolitan area. More than 60 people lost their lives during the looting and the fires and hundreds of businesses were burned to the ground, including the Trak Auto store on Washington Boulevard near Norton photographed above. Today, a teriyaki restaurant and fish restaurant stand in its place.
Credit: TED SOQUI/CORBIS 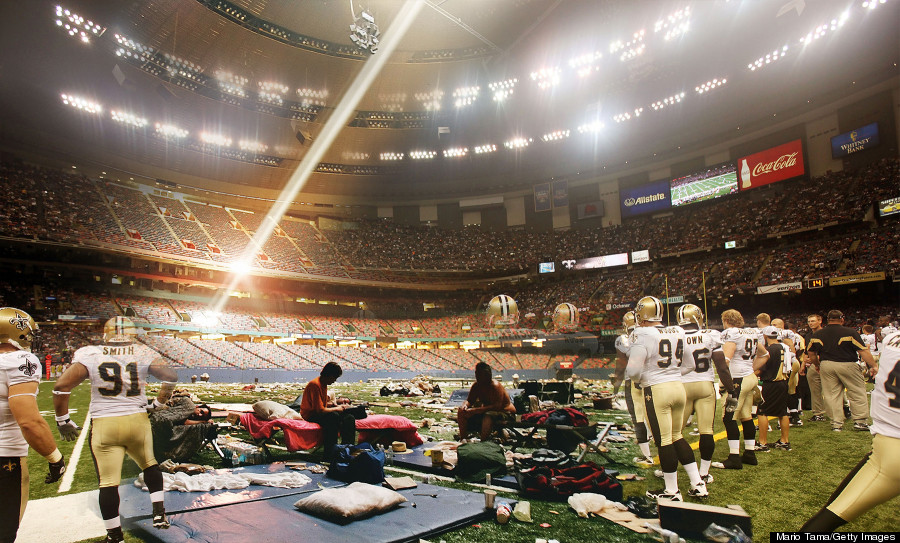 Hurricane Katrina was one of the deadliest, most destructive and costliest storms in U.S. history. More than 1,800 people lost their lives and more than 1 million people were displaced from their homes.

Some 20,000 people sought refuge in the Superdome, home of the New Orleans Saints. But the stadium quickly transformed from a haven of shelter to a horrific site of crime, death and sickness that wasn't much safer or cleaner than the city streets. Multiple instances of rape were reported in the days and weeks after the hurricane and one man committed suicide, jumping 50 feet to his death.

The stadium was slowly evacuated and cleaned in the months after the hurricane, and today the city's beloved Saints football team plays there once again.
Credit: Mario Tama/Getty Images 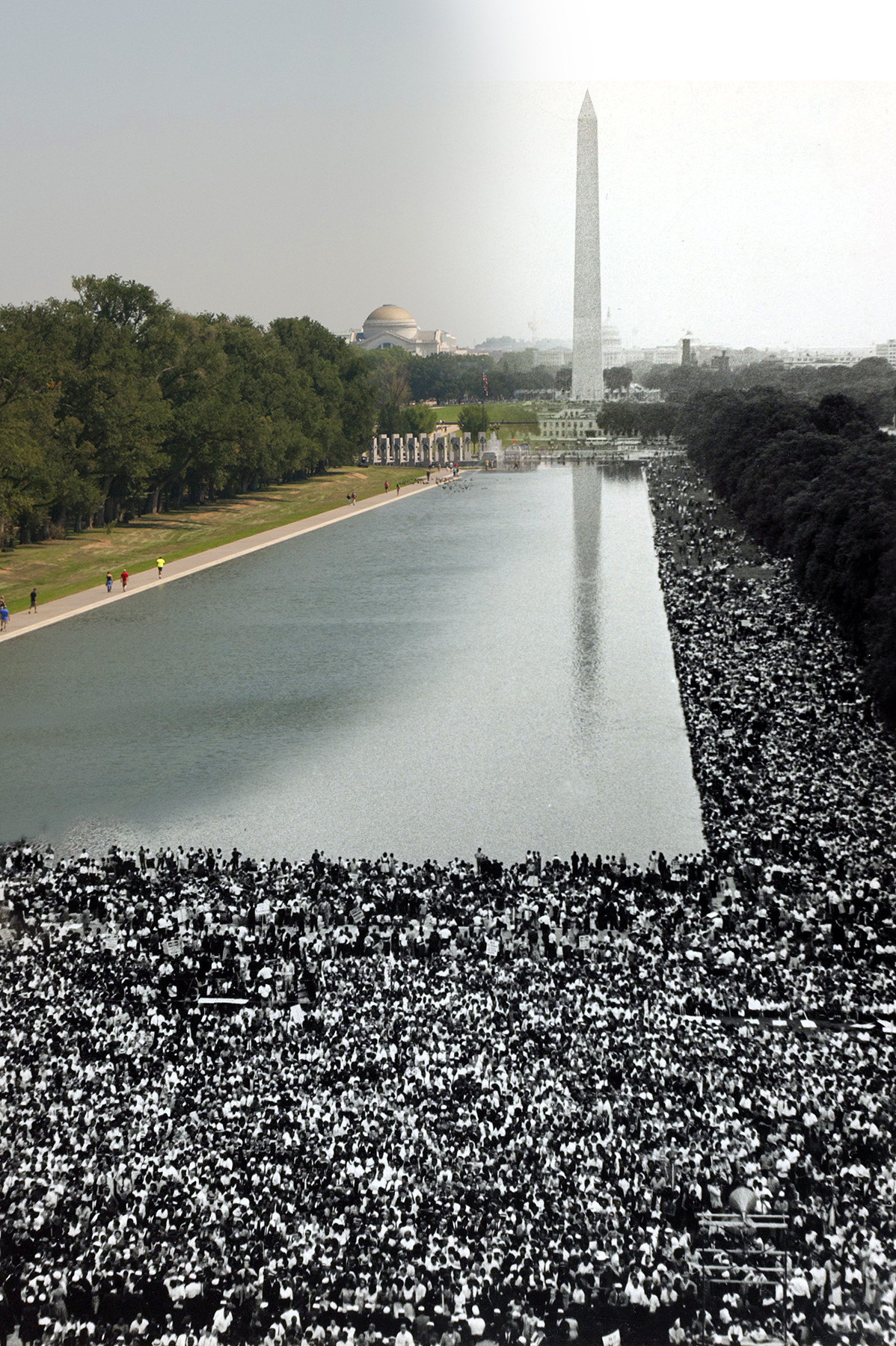 On August 28, 1963, more than 240,000 Americans traveled to Washington, D.C., for "The March on Washington for Jobs and Freedom." The demonstration marked a pivotal moment in U.S. history, etched in history books as the event where Dr. Martin Luther King Jr. delivered his historic "I Have A Dream" speech, which went on to become acknowledged as the best political speech of the 20th century.

Organized by black, gay activist Bayard Rustin, the march was one of the first demonstrations to be televised. And although 5,000 law enforcement officials were present, no arrests involving marchers were reported. Today, the National Mall is still considered a place for gathering, remembrance and celebration.
CREDIT: POPPERFOTO,LONELY PLANET/GETTY IMAGES 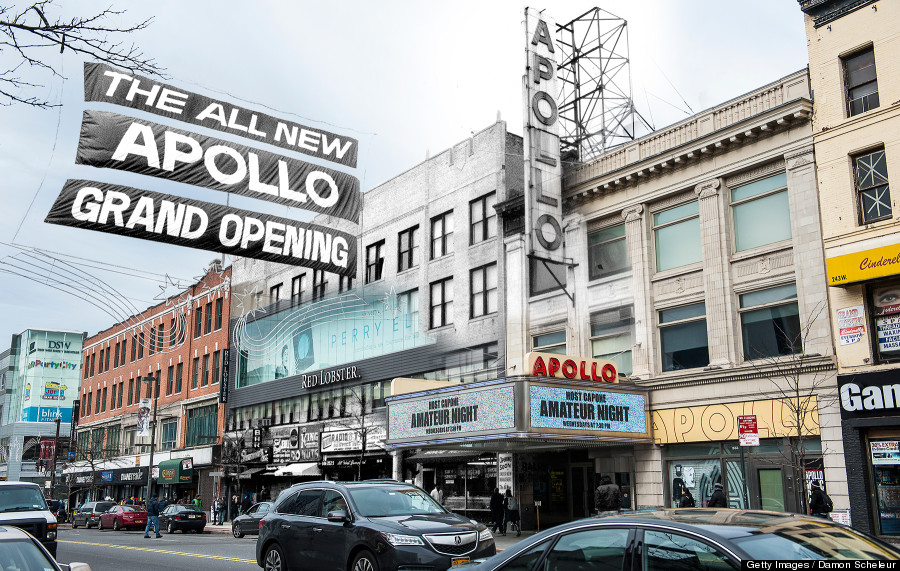 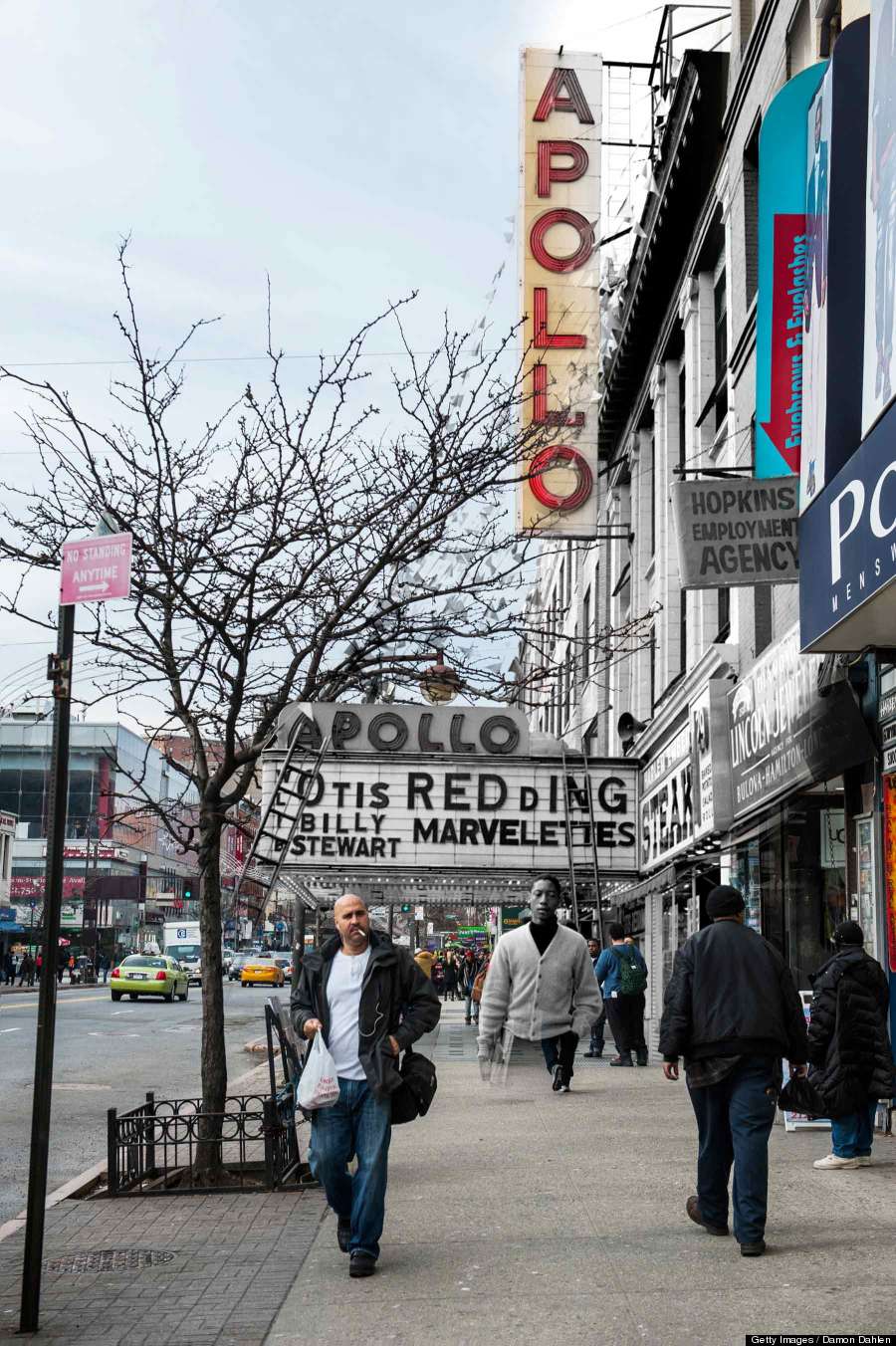 Located at 253 W. 125th Street in Harlem, the Apollo Theater is a pillar of rich history in a community that has been a hub for black achievement and creativity for decades. Although it originally opened under a different name in 1914, black people were not allowed in the theater until new management took over the establishment in 1934. The theater catapulted the careers of a number of major black entertainers. Today it sits between a GameStop and a Red Lobster and continues to be the host venue for major events.Credit: New York Daily News Archive via Getty Images ; Damon Dahlen 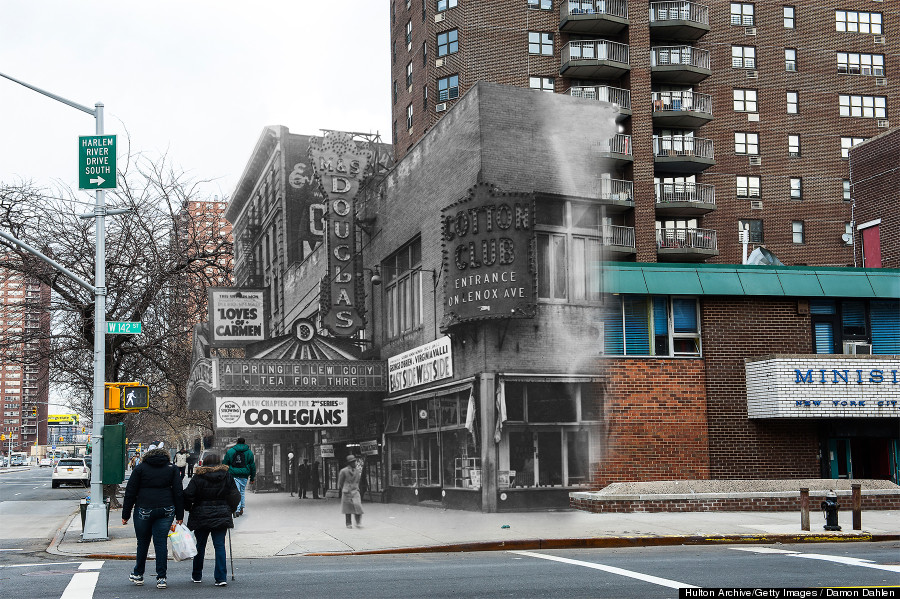 The famed New York City club is credited for launching the career of greats like Duke Ellington, Lena Horne, Ella Fitzgerald, Nat King Cole and Louis Armstrong. The club was originally located at the corner of Lenox Avenue and W. 142nd St. in Harlem. It hosted an audience that often included New York's high society and performances by the most prominent jazz musicians of the day. After the 1935 race riots in Harlem, the area was considered unsafe for whites -- who comprised the majority of the Cotton Club's clientele -- and the club was forced to close in February 1936. It reopened in September 1936 downtown on 200 W. 48th St. Today a community center called the MiniSink Townhouse sits on the corner where the jazz club once stood.
Credit: Hulton Archive/Getty Images ; Damon Dahlen 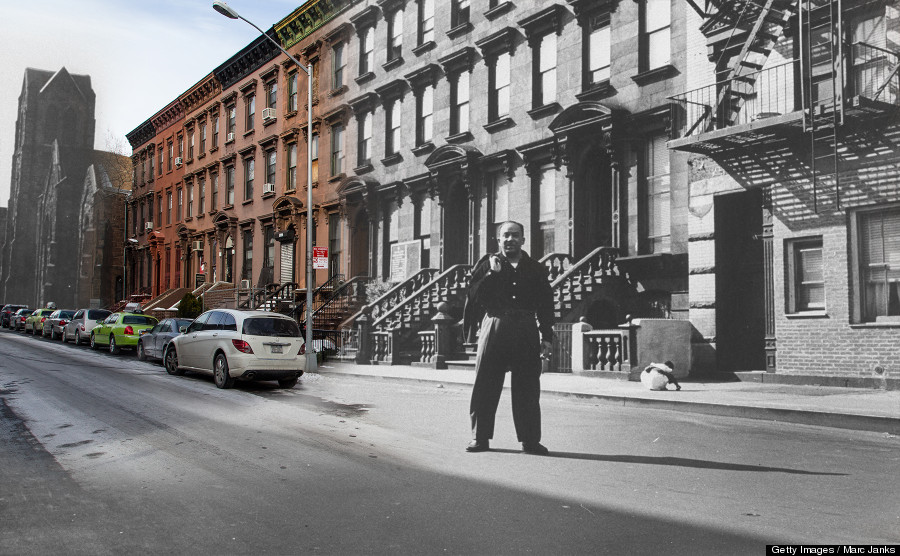 Located at 20 E. 127th St., the home of writer and poet Langston Hughes was listed in the National Register of Historic Places in 1982. Hughes spent the last 20 years of his life in the five-bedroom brownstone. The house reportedly went on sale in 2011, and was originally listed for $1.2 million, but the price was dropped to $1 million.
Credit: Robert W. Kelley//Time Life Pictures/Getty Images ; Marc Janks 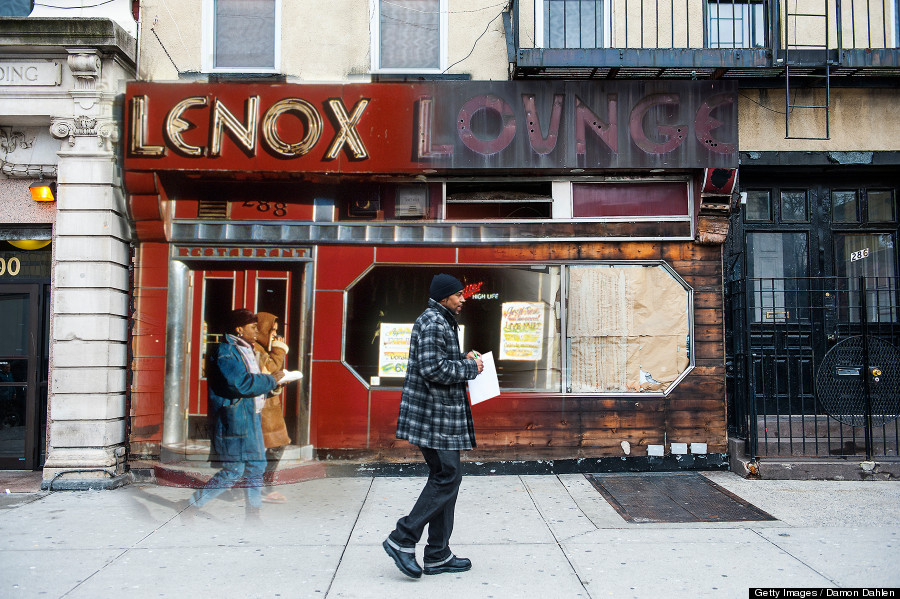 The historic Harlem jazz club Lenox Lounge, located at 288 Lenox Ave. in New York's East Harlem neighborhood, not only hosted legendary entertainers like Miles Davis and Frank Sinatra, it was also the venue where Langston Hughes narrated "The Story of Jazz", Alex Haley interviewed Malcolm X for his biography, and where culture-shaping authors James Baldwin, Zora Neale Hurston, and Ralph Ellison became regulars. Founded in 1939, the bar passed through several different management hands and eventually closed in 2012. There have been recent disputes between present-day property owners, and restaurateur Richard Notar is scheduled to open a new jazz club on the 286 Lenox Ave. site.
Credit: Rita Barros/Liaison/Getty Images ; Damon Dahlen