It was not a "friendly reminder" that Theo Walcott offered to Tottenham supporters even if he did have a smile on his face. The Arsenal striker taunted Spurs fans by reminding them of the 2-0 scoreline as he was whisked off the field by medics late in the action at the Emirates on Saturday.

The 24-year-old attacker had gone down with an apparent knee injury in the 83rd minute of the teams' FA Cup match and could not continue. Even aboard a stretcher, he appeared to be relishing his team's advantage over its North London rivals in the annual knockout competition.

Some Spurs fans threw coins down onto the field near Walcott. A steward on the scene scooped up some of the projectiles and photographer Clive Rose snapped a picture. 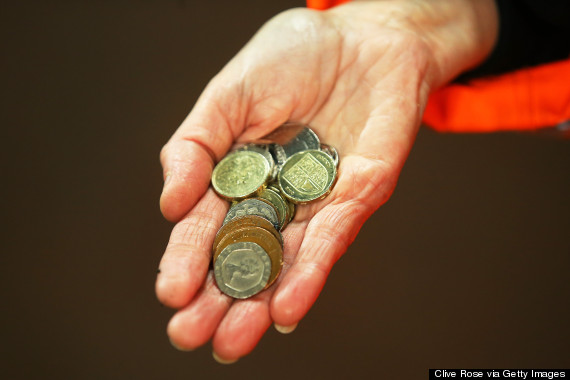 Ahead of the meeting between the longstanding rivals, Walcott made no secret about how much emphasis he put on matches against Tottenham.

"The first fixture I always look at is Tottenham," Walcott said ahead of the third-round FA Cup match, via The Telegraph. "Every time Tottenham come here or we go there, you want to put 100 percent in. These are massive games."

Having used all of his substitutes by the time Walcott went down, Arsenal manager Arsene Wenger had to watch his side attempt to close out this massive game with just 10 men. They did, advancing to the fourth-round by way of goals from Santi Cazorla, Tomas Rosicky and a clean sheet from goalkeeper Lukasz Fabianski.