A jury in Detroit found Theodore Wafer guilty of second-degree murder and manslaughter in the death of Renisha McBride Thursday, according to the Associated Press.

Wafer, 55, was on trial in Detroit's Wayne County Circuit Court after shooting 19-year-old McBride on his porch in November. McBride appeared at Wafer's house in Dearborn Heights, adjacent to Detroit, around 4:30 a.m. on Nov. 2. She crashed her car nearby earlier that night, and where she was in the several hours between the accident and her death is still unknown. She was severely intoxicated. She knocked on Wafer's door, unarmed and potentially looking for help; he came to the door with a loaded shotgun and shot her in the face.

One of the first images the jury saw in the trial was of McBride, lying lifeless on Wafer's front porch.

Wafer pleaded not guilty and his attorney sought to show the shooting was in self defense. According to the defense, Wafer woke that night to loud, intense banging on his front door and side door and feared multiple people were breaking in.

"In the depth of his being, he's never been that scared in his life," defense attorney Cheryl Carpenter said.

She cast doubt on the thoroughness of the crime scene investigation and questioned why officials didn't examine what may have been a footprint on top of an air conditioner in Wafer's backyard.

The prosecution painted a different picture, of a man who "wanted a confrontation" and a vulnerable woman who needed help and wanted to go home, and ended up dead for it. Wafer had other options, they argued, and pulling the trigger was "negligent" and "reckless."

The prosecution wondered why Wafer wouldn't call 911 if he was so scared; Wafer said he had looked for his cell phone when he woke up, but couldn't find it.

Wafer shot McBride through his locked screen door, which was partially removed when police arrived at the crime scene. An expert witness testified he thought it came out when McBride banged on the door, while the prosecution said it happened after Wafer fired.

He testified during the trial, telling the court he shot McBride to defend himself. When he first spoke to police, he said the shooting was an accident.

"I wasn’t going to cower in my house, I didn’t want to be a victim,” he said during testimony. He also expressed remorse over McBride's death.

Though race was rarely mentioned in the trial, the tragic death of a young, unarmed black woman in need of help has put Theodore Wafer (who is white) under the spotlight in a line of high-profile cases with black victims. Less than two months before McBride died, former Florida A&M University football player Jonathan Ferrell got in a car accident in Charlotte, N.C. and went to a nearby home seeking help. The woman called police, and when they arrived, Officer Randall Kerrick shot Ferrell, who was unarmed, 10 times. Kerrick was indicted in January. Though the cases have many differences, McBride is also often compared to Trayvon Martin, the unarmed Florida teen who was shot to death by a neighborhood watchman in 2012. Shooter George Zimmerman was acquitted last year.

"It’s not about Renisha, it’s about what her actions and other persons’ actions did to make Ted in fear for his life that night,” Carpenter said in her opening statement. “You always need to go back and look at this through Ted’s eyes.”

Wafer faces a maximum sentence of life in prison for the second-degree murder charge. The involuntary manslaughter charge carries a 15-year maximum. There is also a mandatory two-year penalty for being in possession of a firearm while committing a felony. Wafer is scheduled to be sentenced Aug. 21.

“We are obviously very pleased with the jury verdict and feel that justice was served today, Wayne County Prosecutor Kym Worthy said in a statement. "We sincerely hope that this brings some comfort to the family of Renisha McBride.“ 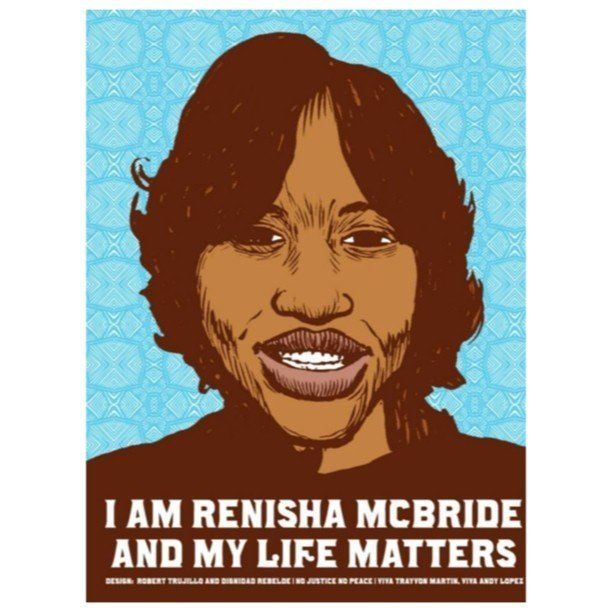