If it turns out that Earthlings aren't alone in the universe and contact is eventually made between us and an extraterrestrial race, would we actually accept them as new-found friends and galactic neighbors?

That question has been raised many times in the past couple of years by a variety of individuals in and out of religious circles.

It was among the myriad topics discussed at the recent 100 Year Starship Symposium in Orlando, Fla.

Among the subjects discussed were the philosophical and religious considerations about humans going into deep space and finding hospitable worlds and life elsewhere.

Exactly how would the religious community react to the possibility of real, honest-to-goodness aliens in our midst?

"It depends on what you mean by 'religious community,' said Ted Peters, a professor of systematic theology at Pacific Lutheran Theological Seminary and the Graduate Theological Union in Berkeley, Calif. 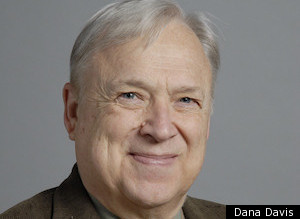 "If you're talking about theologians, they do, from time to time, address the matter of other worlds with intelligent beings as part of God's creation. And, believe it or not, this has been going on for 800 years," Peters (pictured at left) told The Huffington Post.

In a 2008 interview, astronomer and Vatican observatory director Jose Gabriel Funes said the Church wouldn't have a problem with the idea of intelligent life elsewhere in the cosmos.

"Astronomers believe that the universe is made up of 100 billion galaxies, each of which consists of 100 billion stars. Many of these -- or almost all -- could have planets," Funes said. "How can you exclude that life has developed elsewhere?"

"As there is a multiplicity of creatures on Earth, so there could be other beings, even intelligent, created by God," he added. "This does not contradict our faith because we cannot put limits on God's creative freedom.

"If we consider earthly creatures as 'brother' and 'sister,' why could we not also speak of an 'extraterrestrial brother'?"

"I know a number of Jesuits who work at the Vatican observatory and they see themselves as serious scientists who are trying to answer the extraterrestrial intelligence (ETI) question," said Peters. "Theologically, they believe that God's creation is immense and that other intelligent beings would be creatures of God."

WATCH THIS 2009 NEWS REPORT ON THE VATICAN E.T. CONFERENCE:

In order to address the question of whether or not Earth's religions would collapse in the wake of contact with an alien civilization, Peters created the Peters ETI Religious Crisis Survey that suggested "religious believers are much more ready to share a pew with an alien than we might expect."

"I had wanted to do this for several decades because common sense seemed to indicate that religious people are fragile and would be shocked with the news of contact with extraterrestrial intelligence, causing their faith to crumble," Peters explained. "Intuitively, I thought there was something wrong with this."

According to Peters' survey, people of many religions uniformly said that an extraterrestrial reality wouldn't hurt their faith.

"The second startling piece of information was that those people who really fear that religious traditions are going to be undercut are those who are non-religious," he noted. 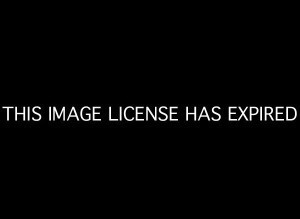 Last year, a Vatican astronomer, Guy Consolmagno, speculated that if aliens exist, they might have souls and he offered to reach out, touch and baptize them.

Peters hopes any E.T. visitors to Earth will result in them slapping us on the hands.

He said, "Frankly, my desire and wish would be that they'd be just like [alien emissary] Klaatu in [the classic science fiction movie] 'The Day the Earth Stood Still,' (pictured at right) coming here to give us a firm warning, like the prophets of the Old Testament did: 'You're in deep trouble and it's going to get worse unless you shape up!'"