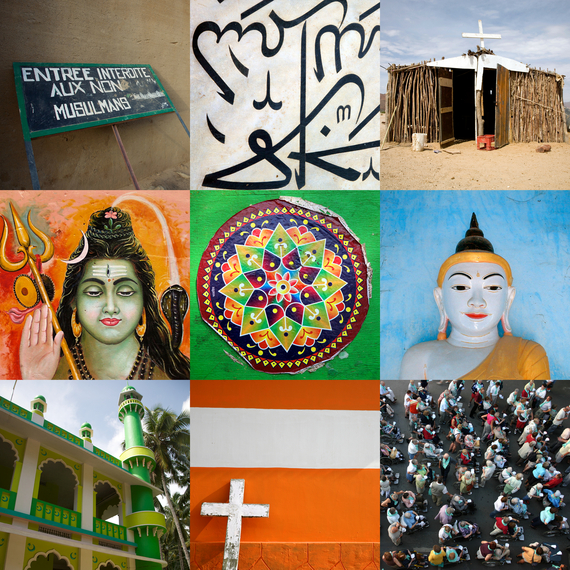 Religion in American public life is the rubric that characterizes our weekly efforts at Sightings. Usually we find massive and looming topics and themes such as terrorism, the new atheism, or the Super Bowl. Sometimes -- this week is one of those times -- we focus on an eddy, a niche, a modest topic, believing that such efforts often reveal much.

Teaching Theology in the Urban University

That religion and theology are important topics is made clear in daily headlines and blogs. While they often deal with desperate and transcendent subjects, publics usually deal with them on micro scales. How, then, do we treat religion and theology when people of many faiths or no faiths or anti-faiths are greeted with a tense topic in the face of others who are not like them?

Let's look at a cover topic in February 2015's U.S. Catholic, "Why Teach Theology?" Susan Ross, a "seasoned professor," ponders this question in an interview. She is a fellow University of Chicago alum and a good friend who teaches at Loyola University in Chicago. (Oh, oh! That must deal with a sheltered topic?!) Loyola is a Jesuit University, and "Jesuit," and "Catholic," etc., sounds cozy. Students there take theology, which is given priority at Loyola and at hundreds of institutions with Catholic, Protestant, and other religious auspices.

Once upon a time specific interpretations of specific faiths were forced on undergraduates, but not now! "Fewer than half of the students at Loyola are Catholic. It's a much more diverse group than in years past," says Ross, who counts in one class alone five Muslims, one Jew, three Orthodox Christians, and who knows what else? They deeply probe texts of the world's religious traditions, including Catholic texts, as they learn to know the neighbors' faiths and give a critical reading to their own.

Some on the faculty who may be chafing or rebelling over one or all traditions, regarding them as irrelevant or irritating, turn their backs. Some consider theology to be only a seminary -- or priestly -- topic, and, as Ross mentions, they are surprised to find that Freud (or, we'd add, Nietzsche or Marx) is critically examined just as are Loyola or Luther or Buber.

Many assume that teaching in such settings demands mere tolerance, a glossing over of differences or wishy-washiness. They believe that the pluralist solution is to be nondescript, a word that the dictionary defines as "neither here nor there," while educators know that learning and understanding come from working through particular texts and issues, dealing courageously and imaginatively with the "descript" -- a word I hope to see in the Oxford English Dictionary some day.

Students Are Hungry for Critical Inspection and Thinking

We all know, as does Professor Ross, that dealing descriptively with the descript involves risk, discretion, and empathy with others but never welcomes evasive vagueness. What about the home team, if one is intellectually hospitable to the stranger, the other? Ross finds that ignorance of or indifference to her Catholic tradition is a bigger problem than defensiveness. "Somewhat to my surprise, students are hungry to do [critical] inspection and thinking about Catholicism," she says.

They live in a world where misunderstood and misused religious traditions can be lethal. She loves it when a student of any faith sees a dawning and says, "You know, I never thought of ... 'something' in a new way." The old ways of isolation, sectarianism, and superficiality are not helping them.

The better colleges and universities manifest "descript" ways -- and then show openness to the other.

This post originally appeared in Sightings, an online publication of the Martin Marty Center for the Advanced Study of Religion at the University of Chicago Divinity School. This post is not available for republication without the consent of Sightings. Please contact Managing Editor Myriam Renaud at DivSightings@gmail.com.