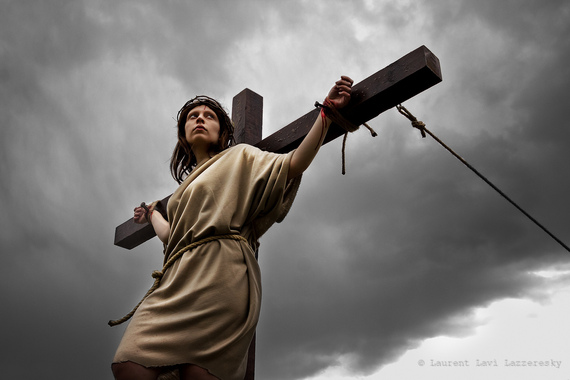 Baillie, Balthasar, Barth, Berdyaev, Bonhoeffer, Brunner, Bultmann -- to mention only the "B-team," were coin-of-the-realm giants in the mid-20th century theological revival. Add Niebuhr(s), Murray. Tillich and a few Liberation Theologians, and you will be mentioning the theologians that "everyone was studying."

Some are still read, but formal theology studies in graduate schools have new concerns, which demand attention.

Thomas P. Rausch in America (Feb. 2) takes up the Catholic case. He could take for granted Rahner, Schillebeeckx, Ratzinger, Küng. Congar, de Lubac, Daniélou, Chenu as being, to coin a cliché, "iconic" figures.

But in theological studies today, he says, theirs were "largely European works, universal in conceptions, focused on the church and its traditions as understood in the West." Change came, "influenced by the postmodern ethos, theology was increasingly pluralistic, contextual, and postcolonial."

During and after the changes, avant-garde theologians sought to "decolonize," to "deconstruct" and to reject Western "mutually exclusive 'binaries,' male/female, white/black, first world/third world, heterosexual/homosexual and so on."

Rausch: As all this became popular in the academy, "its methods soon began moving into the church." Some of it may be mere faddishness. Others are likely to be a part of theology for some time to come.

First, "feminist studies." Whoever thinks that it has not found its location has not been to conventions like that of the fairly recent American Academy of Religion, down whose corridors and aisles I wandered, doing the "sighting" that goes with my calling. Rausch, further: "Not all feminists are allergic to theology."

Second, "queer studies," with its choice of term for studies of homosexuality, "deliberatively provocative." Theologians working in this area include Carter Heyward, Robert Shore-Goss, Gary David Comstock and Graham Ward.

The third major category is "eco-theology," set forth by, among others, Elizabeth Johnson, C.S.J., who "asks what has happened to our belief that the natural world is God's creation...?"

Thus "the modern era transformed the biblical mandate from 'dominion' over nature (Gen 1:26) to domination," and that demands criticism. Key text: Romans 8:18-25. You could look it up, and you will, if you discourse with eco-theologians.

Professor Rausch does not necessarily buy into all the jargon and the provocations, but he sees signs that these movements are having an effect on the Church, in this case, Catholicism.

He cites Pope Francis and his apostolic exhortation "The Joy of the Gospel" and the International Theological Commission's study, "The Sensus Fidei in the Life of the Church."

Two fresh features in it include an accent on the role of the laity and an affirmative response "to the question of whether separated Christians should be understood as participating in and contributing to the sensus fidelium in some manner..., suggesting that the Catholic Church might learn something from other churches."

It does not fall into pop-theology, but "points to active participation in the liturgical and sacramental life of the church as fundamental in addition to listening to the word of God, openness to reason and adherence to the magisterium."

We cannot here do justice to any one of the above-mentioned topics. Think of this as a drone-level report on a vast global landscape which academics, and not only they, will be striving to detail and understand.

All this will affect "religion and public life," so we cannot duck into the comfort provided by Old Masters like Tillich or Rahner.