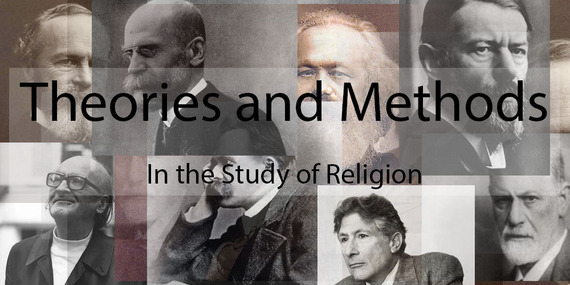 Welcome back to the Religion: Theories and Methods series. This week we are exploring the history and methods of the Philosopher Friedrich Nietzsche. Next week we will focus on some of his most important theories.

We begin with Nietzsche because it is important to acknowledge one's strongest critics, and it's hard to find any critic stronger or more capable then Friedrich Nietzsche.

Known primarily for his ridiculous mustache and grand claims about Ubermenche's and the Death of God, Nietzsche might seems an odd starting place for the academic study of religion. Why begin with someone who so vociferously sought to bring the establishment down? Is that what religion scholars do? Seek to destroy religion? Not at all! (at least not most of us...). Perhaps it might be helpful to start with a bit of a (philosophical) genealogy of Nietzsche himself. For most people, their first associations with Nietzsche are his connections to the Nazi party, that he hated Christianity, or that he died psychologically unhinged and alone in a mental hospital. As with most legends, the actualities are a bit more complex. In his seminal text Nietzsche: Philosopher, Psychologist, Antichris the philosopher and Nietzsche scholar, Walter Kaumann goes into great detail about the history and development of Nietzsche's life and philosophy. As it turns out, many of the false ideas we have about Nietzsche are a result of his work being published and manipulated posthumously by his sister Elisabeth Förster-Nietzsche and the many critics who unfairly exaggerated and quoted his work out of context (We should all be careful not to do the same!). Kaufmann argues for a more nuanced view that presents Nietzsche as a philosopher concerned with questions of existence, what it means to be human, and a vicious critic of authority and politics. To be sure, Nietzsche is easy to misunderstand, and is without a doubt an abrasive and challenging figure.

The genealogical method is used by scholars to explore the historical development and emergence of common words, beliefs, and ideologies. Understanding the context in which these words, beliefs, and ideologies developed, allows us to see how, more often than not, their meanings and contents changed over time and how they were made possible in the first place. It provides us with a more critical lens for analyzing the foundations for arguments and systems of belief.

Although Nietzsche never called his work "genealogical" he laid the ground work for the method to be developed later on, and employed many of its early techniques in his exploration of the concepts of "good" and "evil."

Nietzsche wrote using aphorisms: a short sentence that presents a scientific or philosophical observation. This gave Nietzsche freedom in crafting his arguments in that they become "experimental" literary devices that allow for quick reading and memorization while allowing for a plurality of interpretations.

Next week we will spend some time digging into some of his formative theories and how they shape the study of religion.