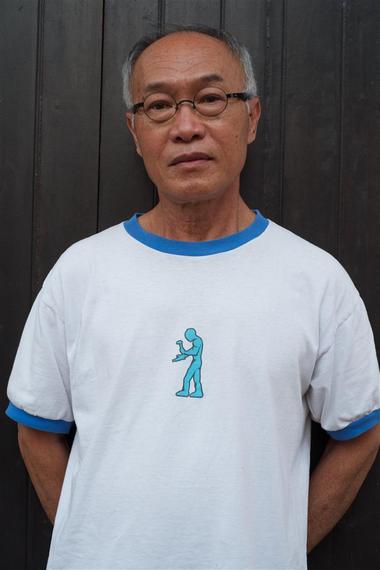 As a young boy of four Thép Thavonsouk began drawing and sketching. In the early 1950's his father travelled frequently to Paris. He would return to Laos with presents for his young son. One of the presents was a box of watercolour paints. Thép would twist open the tubes of paint and smell them. To this day he still recalls that miraculous moment when his father watched him begin painting with brilliant colours for the first time. The paint box, a gift from his father, was a memory box like "La Madeleine" was for Marcel Proust in "Remembrance of Things Past" ("A la recherche du temps perdu"). 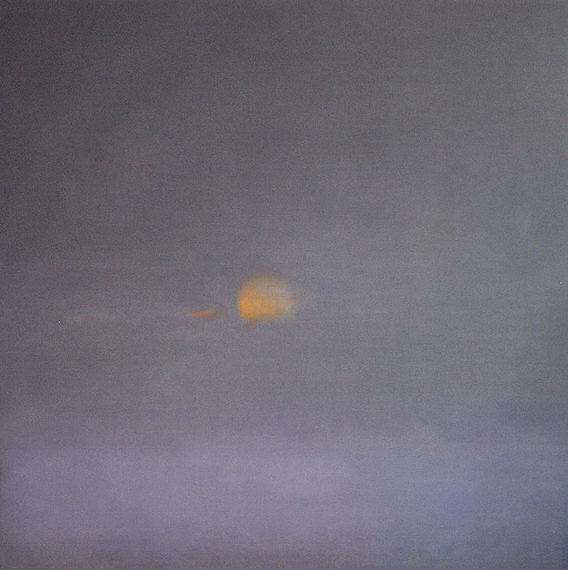 In the early 60s at the Lycée de Vientiane in Laos, the French artist and teacher Marc Leguay took Thép under his wing and introduced him to live drawing. Leguay also introduced him to the French impressionists Monet, Cézanne, Pissaro and the Spanish Picasso, Dali and Miro.

Thép graduated with a Baccalauéat and was awarded the prestigious Fulbright Scholarship to study art and international relations at St. Lawrence University in Canton, New York. His post graduate studies in Chinese painting were under the Taiwanese Masters Cheng Ming-Shien, Tien Manh-Shih, Li Pei and under Masayuki Miyata in Tokyo. At the end of the 1970's, Thép quit his jobs as a French conversation teacher at the University of Lethbridge and English as a second language teacher in a high school. He dreamt of being a full time artist and playing his flute by the ocean. He decided to leave everything behind and moved to Honolulu, Hawaii. This is the birth of his artistic soul. 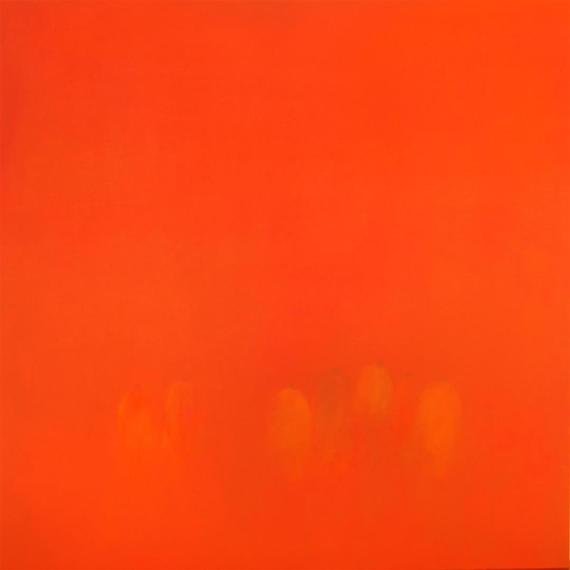 His apartment in Hawaii also served as his studio. He was free to paint and create at all hours, experimenting with several mediums, techniques and styles, searching for new ideas to incorporate into his art. Thép would wake up at two in the morning to paint before going to give tennis lessons at 7 am. His first Hawaiian exhibition was with a group of Honolulu painters who, on weekends, would come from all corners of the island to hang their paintings on barbed wire at the Honolulo Zoo fence for tourists to view and buy.

"To be an artist is to be free to create without the heavy burden of fortune or fame."

His metamorphosis into a free artist encapsulated in a realistic watercolour painting of 40 butterflies with the red sun blazing in the background. It was titled "Destinés à un vol libre". The sense of freedom led the artist to discover and paint Hawaiian fauna and flora, koi fish and the ocean waves for six years. 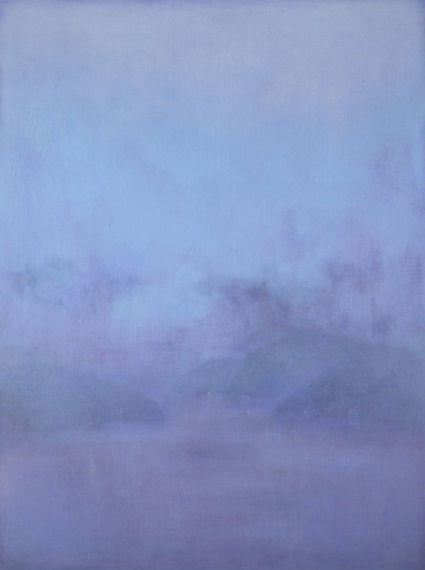 "My world is a world of colors and inspirations."

Thép went to Canada in the 1980s where he worked for a federal government agency helping immigrants from many countries to learn English. Having discovered butterflies free flight in Hawaii, Thép began to express the themes of solitude and peace in his work. He began to examine his soul and the world around him. He created art with the deep attachment to the earth and its seasons - the light, the water, the clouds, the mist and fog and the monsoon rain. Images of loneliness and strength made their appearance in Thép´s art in the late 1980s. Thép was drawn to his birthplace Laos. He travelled back to visit his mother. The monsoon rain, the fog and the mist from the Mekong River and the flow of monks´ robes became themes of his paintings. 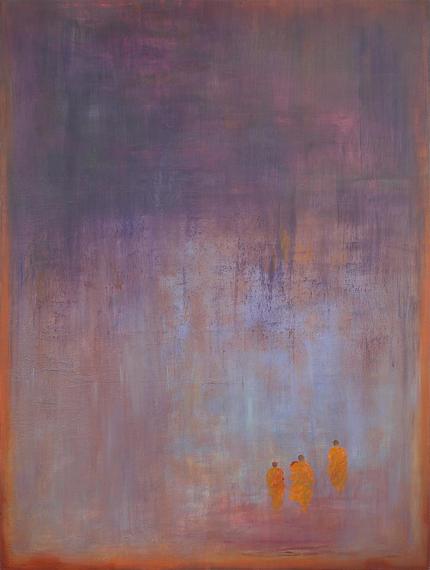 "My feelings are leaning more and more toward the elements. My work is not sentimental. I do not want my work to depict something that tells the whole story or speaks to a well-defined narrative."

Today his art speaks to modernity and tradition with equal dedication. It shows a deep understanding of both Asian and Western history and visual cultures. He found a way to incorporate these into his work.
Thép´s art has been collected by corporations and individuals in 5 continents and is shown in permanent collections at the Glenbow Museum in Calgary, Canada and the Singapore Museum in Singapore.

"Even though I have had many creative and international opportunities open to me, I knew deep inside these art and painting were my passions. It is a good thing I let my passions prevail, as the emotion, intensity and serenity of my work have blessed everyone who has experienced and attained one of the wonderful creations."

"My paintings are inspired by light and shadow.
I am moved by striking moods in the clouds,
rain and mist as well as
a flow of monks' saffron robes.
There is a palpable hush of wonder with
no fixed perspective in my works.
My paintings grow out of silence;
a dreamlike morphology suggesting tranquility and
a sense of spirituality as figures dissolve
into landscape.
The fleeting passage of their quiet moments seen
on my canvas and rice paper shines the light
on the immensity of our universe and
the insignificance of human beings."

More about art around the world here!