"Don't let your life be all about men the way mine has been," my mom said on the long distance line as I sobbed about my latest tortured love affair circa 1991.

I was startled by her self-clarity. I didn't know she knew that men were the monkey on her back.

I was an Adult Child. Which simply means that between the ages of 4 and 9 I managed my young mom's emotions during her marriage to her second husband, who was emotionally abusive. When she cried I talked her down. When we had to pack up and leave in the dead of the night for my grandma's in Santa Barbara I would say, "Mommy, you deserve better than this." "I know," she'd say, "I know."

Getting out of that marriage cost my mother me. She gave me to my father through the divorce hoping one day to have me back. She couldn't get a job right away, she struggled emotionally and then she met her last husband. While it was a much better marriage than her previous ones, it was still all-encompassing. My stepdad Gordon loved me, but he really couldn't share my mother for very long. One week, maybe two at a time at most, then tensions flared, nerves frayed and egos were bruised. So I never moved back in with her. To be fair, at a certain point I didn't want to. My peer group became more important to me than my mom.

In my generous moments I think that letting me go was the most courageous thing my mom ever did because then she had to face her struggles on her own.

But still. I've never really let her off the hook. I play my little violin quite well. I'm playing it now.

Gordon's death last year brought us briefly back to our old dynamic of Adult Child and distressed parent. Which pissed me off. Never mind this time I am an adult and my mom's going through one of the most difficult things a woman can face, losing a spouse after 34 years.

Tomorrow I'm going up to Santa Barbara to have a session with my mom and her therapist. Her first therapist, whom she engaged when Gordon died last September to help her deal with her grief. And with me.

I'd been preparing my list of complaints as though cramming for the LSATs. I'd been grinding my axe, fine-tuning my speech, picking my nits. Then I talked to her two nights ago. She'd had the flu and didn't tell me, sweating it out alone.

She didn't say it, but I knew it was because she didn't want to lean on me like she did when I was a kid.

I heard the quiet dignity in her voice as she described preparing for Gordon's memorial service. She's having a 2,000 lb. stone moved onto their property that will be simply inscribed, "Gordon, my love." Picturing that stone in her yard melted -- just a little bit -- the one in my heart.

Mothers and Daughters. Holy shit. I have two of my own. Maybe one day I'll say to them, "Don't let your life be all about blaming your mother like mine has been."

I'm proud my mom, at age 70, is willing to go to therapy to look at old patterns. And to learn how to deal with her daughter. 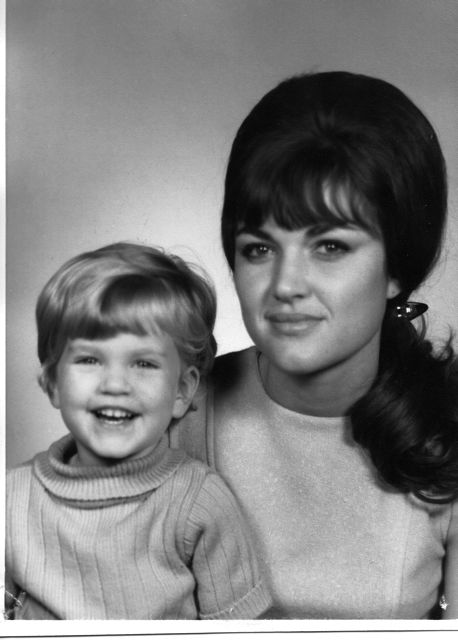 More:
My StorydivorceWomenabusechildren and divorce