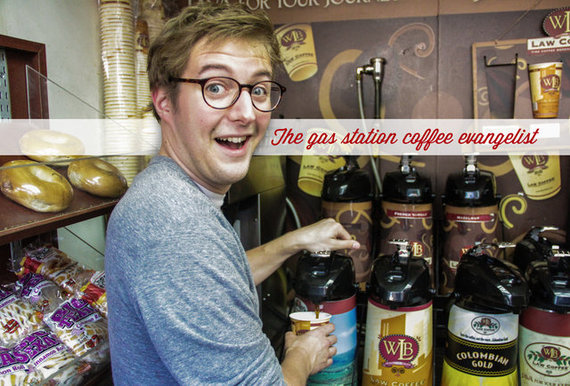 Coffee's a very personal thing. Some people will only drink at certain chains (whose caffeine counts are listed here!), others demand a bubble bath's worth of cappuccino foam, and then there are the aficionados who swear by sophisticated gadgetry like the "Aeropress" or the "drip coffee machine in the break room." Here's a comprehensive list of 29 of the most common coffee-drinker stereotypes, ranging from people you wish would die to people who will probably face an early death thanks to their choice of sweetener.

The gas station coffee evangelist
He just loves being one of the common people. And watching them buy their Skoal Bandits.

Impatient businessman at Starbucks
Obviously on his way to an important meeting and has no time to tip. Cool Jawbone, bro.

Cool suburban dad at Starbucks
He also gets all of his Leonard Cohen CDs there.

The almond/rice milk guy
Congrats on finding a new and exciting way to ruin the taste of coffee. 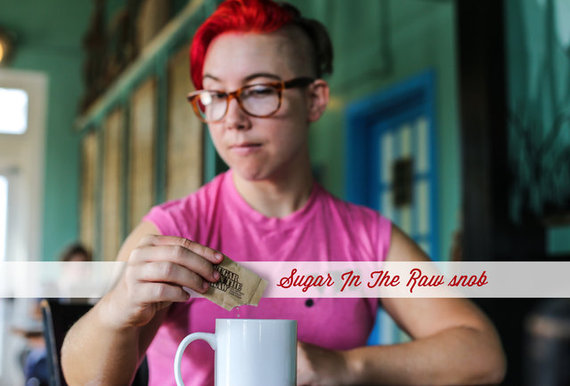 Sugar In The Raw snob
The Ol' Dirty Bastard of coffee-drinkers.

The late-night sipper
Who cares if it's 10 at night? Caffeine doesn't affect him like it does everyone else. Rightseedoesn'taffecthmeatallI'mgonnajustwatchninehoursofTurnerClassicMoviesandmakeaquiltnow.

The guy who only drinks coffee because he has a crush on the barista
She doesn't care how your day was, and neither do the 10 people in line behind you. And now you've got acid reflux from all these "dates."

The guy who insists that Dunkin' Donuts is the best coffee ever
He takes it with milk and 400 eclairs' worth of sugar. 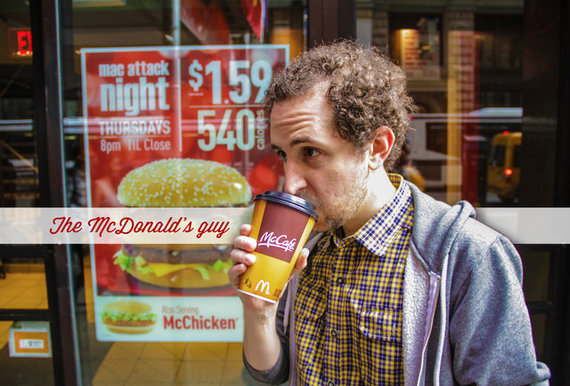 The McDonald's guy
He thinks the lawsuit over the coffee being too hot was ridiculous, because that's the main reason he goes here.

The Chemex snob
Yes, the glass Chemex brewer makes a great cup of coffee, but no, it does not belong in a contemporary art museum.

French press hard-on guy
Just choke down those grounds and tell people about how you stayed in a hostel in Nice that one time.

There's still plenty more types of coffee drinkers -- is one of them YOU? Find out in the full story on Thrillist.com!