It's hard to wrap your head around the dangerous and xenophobic debate surrounding German National Team soccer star Jerome Boateng that has unfolded in Germany over the past few weeks.

Despite the controversy, the heterogeneous composition of our national soccer team merely points out one thing: Germany is a country of immigrants. In soccer, integration among young people from very diverse backgrounds has been extremely successful in recent years.

In 2014, 20 percent of people living in Germany were first, second and third generation immigrants. According to Germany's statistics office, net migration of foreign people amounted to 1.14 million in 2015. Meanwhile, the debate on migration and integration is growing.

New arrivals to a society are always faced with big challenges. They have to find their bearings, get to know the workings of society, including its history, dominant ideas, beliefs, and traditions. They have to forge their own place in society, and explore ways to make meaningful contributions.

This works best, and quickest, if they find support, are treated with respect, and accepted as human beings. If this is successful, integration succeeds.

One look at the German national soccer team shows the importance of sports in successful integration. Boateng, Özil, Khedira and many others are world champions, and they all stand for the new, multifaceted Germany.

Looking around, though, you can't help but wonder if integration is really the objective. But while politicians debate integration policies, citizens across the country are working towards more integration.

On local and municipal levels, citizens are coming together spontaneously to welcome their new neighbors and help get them started in their new lives.

Sports plays an important role in integration. It contains invaluable lessons for successful integration. Everyone who has ever participated in a sports activity or joined a sports team knows that the most important thing is teamwork. Religion, background or skin color becomes irrelevant. Communication barriers are overcome, because the sport itself becomes the common language. Yet the positive impacts of such an experience go beyond giving participants a sense of belonging: It's all about respect.

It is not surprising that studies have shown that people who join sports clubs in new home countries find it easier to integrate and find their bearings.

There are thousands of clubs and organizations that use sports to help make small and large miracles on a daily basis. Athletes, coaches and volunteers are getting involved. There are intercultural sports teams, welcome-parties organized at sports clubs, trial lessons and casual leisure activities for the new kids and grown-ups on the block. New games, such as cricket, are catching on, as new friendships are formed and clubs welcome young and fresh talents. 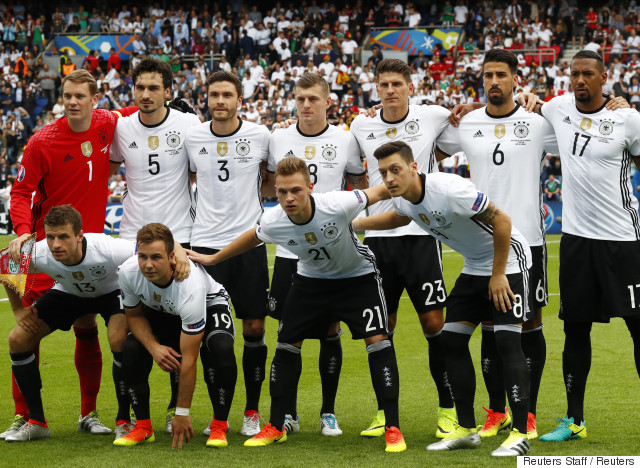 One of those wonderful projects is Champions without Borders, which was founded in 2012. Its work goes beyond sports: "Through sports training, orientation tours in the Berlin and Brandenburgs cultural scape, counseling and networking, we can effectively accompany refugees from all over the world on their journey to making a new home," according to the association's website.

Because of the many potential benefits sport has for integration, this country's many volunteers should receive as much support as possible.

The association policy set into motion by state sports federations -- which enables refugees to take part in sports without becoming club members -- has already been a great role model. New training programs for coaches are also in full swing.

Politics can be of great help here: Clubs, state sports federations and sports associations need sufficient resources in staff and finances to further conceptualize and implement their programs and projects.

Sports alone won't solve all the challenges facing society, but alongside other key factors -- such as solid education -- it can contribute greatly to swift and sustainable integration.

To make development sustainable, such resources should be provided on medium and long-term basis, as well as short term-basis. Funds for the federal program "Integration through Sport," which was founded as early as 1989, should be revisited. The 11 million euros given to this program aren't even remotely sufficient.

Furthermore, funds need to be distributed smoothly and efficiently. Due to the increased demand for sports programs, refugees should be asked to join as staff of federal volunteer sports programs.

Sports alone won't solve all the challenges facing society, but alongside other key factors -- such as solid education -- it can contribute greatly to swift and sustainable integration into the workspace, rendering the model of integration in Germany successful.

Here, team spirit and fair play have essential roles to play. Both are experienced and exemplified in the basic concept of sports. One look at the German national soccer team shows the importance of sports in successful integration. Boateng, Özil, Khedira and many others are world champions, and they all stand for the new, multifaceted Germany. Politics has a lot to learn from this.

Member of the German Parliament, Alliance 90 / The Greens