I recently heard from a woman so fearful about sperm bank repercussions that she wouldn't make a phone call to the Donor Sibling Registry (DSR) for fear of having the call somehow traced by her sperm bank, and she even opened up an anonymous email address just to ask me about signing up to the DSR and contacting her donor.

Purchaser agrees that Purchaser has no right to learn the identity of a donor and will not, directly or indirectly through a third party, make any attempt to contact a donor.

This appears to be no more than a fear tactic, as we know of no one ever sued by a sperm bank/clinic for reaching out to their donor (by a parent) or to their biological father/mother (by a donor conceived person) either via the DSR or through any other method. (We have 16 years of experience and more than 52,000 members on the DSR.)

Many egg and sperm donors and recipient parents have been told by their doctors, clinics, agencies and sperm banks that there are laws prohibiting donors and parents/offspring from connecting. Recently, a parent signed up to the Donor Sibling Registry who used Cryogenic Laboratories (Fairfax/GIVF/CLI, shipping to Canadian and worldwide clinics), saying, "if the laws change, this donor might be willing to meet his offspring." When I questioned her about it, she said that she was told by CLI that there were laws prohibiting contact between donors and families.

There have never been any laws that prohibit contact between genetic relatives formed via gamete donation. Any such agreement signed by recipients and donors forbidding contact is therefore inoperative. 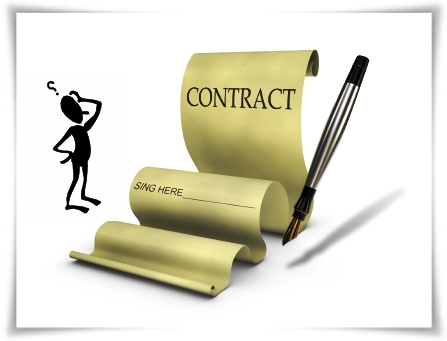 An attorney who is also a donor conceived person weighs in on the topic:

It would seem that the sperm banks and egg clinics who continue to spread this false information have done so only to protect their own liabilities. For example, if a sperm bank promises donors or families a limit of 10 or 20 children per donor, revelations that the actual number is in many cases considerably higher (in one known example, around 200) would shed light on the gross shortcomings of their record keeping. If medical issues are reported to an egg clinic or sperm bank and not shared among families, or if the sale of gametes from which serious medical issues are known continues to be sold and sick children are born, the subsequent facility liability could be severe.

There is also the risk that families might discover that donors were not necessarily honest with self-reported health and education information they reported on their donor profiles.

All of these scenarios are frequently encountered by families on the Donor Sibling Registry, underscoring the need for honesty, accurate record keeping, and accountability by sperm banks and egg clinics. These facilities need to stop falsely threatening families and donors who wish to reach out to one another. Mutual consent contact can be made between any of the parties, at any time. Connecting with first degree genetic relatives via the DSR, social media, Google or DNA testing is completely legal.

It's time for these egg and sperm selling facilities to stop working so hard to keep donors and recipients from each other, and start supporting and promoting contracts that allow contact right from the start on the Donor Sibling Registry.

What Does A Relationship With The Donor Sibling Registry Do For Your Sperm Bank/Egg Clinic/Agency?


CONTACT: The issue of contact between the donor and the recipient family (and half-sibling families) is removed from the hands and focus of the facility. Messages, photos and medical information can be shared, all while remaining private.

CONSENT: Since the DSR relies on mutual consent; the facility doesn't need to be worried about protecting anyone's privacy.

CHOICE: Each party can remain anonymous if they choose, so the decision is ultimately in the hands of those involved. Each party can decide how much information they're comfortable sharing.

CURRENT MEDICAL: The sharing and updating of medical records happens on the DSR, so the facility has less work since they have provided a tool for medical updates