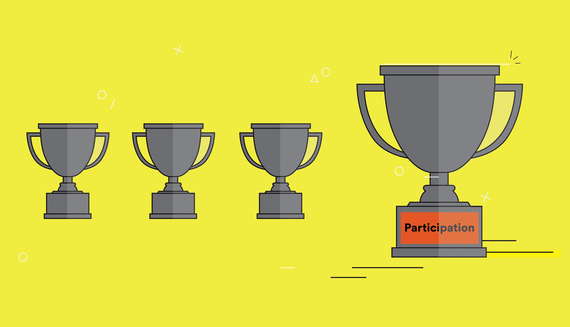 Almost every business today "talks" about the criticality of innovation as a lever to get and stay ahead of its competition. Perversely though, at a time when the urgency to innovate is higher than it has ever been, very little action seems to actually be taking place. The latest Business Confidence Report from Deloitte reveals a fascinating disconnect between optimism and action when it comes to innovation. The results of the survey show executives in C-level positions ("CXO's") are more confident than ever that they are on a path to success. Almost 70% of respondents report that they are very confident that their company will outperform competition in the next 12 months... but what they are doing (or more precisely, not doing) in order to make that a reality reveals a lot about the nature of corporate risk-aversion.

Frozen in the Headlights. It's hard to argue against the notion that change is accelerating - in markets, in the nature of competition and in the technologies that underlie business models. More than 40% of CXOs surveyed are concerned about rapid technological change and almost 90% believe that that same technological change is leading to a skills gap in their companies and that they face a "brain drain."

In the face of that, one might logically assume that most companies would be marshaling their resources to stay on top of technological trends and to hire and reward the talent able to keep them ahead of the curve. But they're not. In fact, many appear to be stuck in inaction.

The majority of CXOs from our study are not prioritizing investment in employee recruitment and retention to address the need for new and different skills at their company. Only 50% do anything to reward innovation and less than 35% are doing anything to collaborate with outside organizations.

And perhaps most concerning, when they do set out to innovate, the vast majority of companies are relying on the traditional levers of product development and customer experience as their primary levers. Through a body of research that stretches back through 3 decades of effective and ineffective innovation - known generally as research into the Ten Types of Innovation - Doblin found that doing so is highly correlated with value destruction.

Lessons Learned. All of this paints a pretty dire picture for what's in store for the broad swath of companies in the study. Even in the face of unprecedented change, they seem to be ignoring some classic lessons from great innovators:

It all seems to have been lost in the ether.

Of course, there is nuance in the details behind Deloitte's study; clearly, some of the CXOs surveyed are innovating with confidence and with the intent of winning in their business. But taken in aggregate it would suggest that there are companies out there that are simply hanging on and hoping for the best. They don't necessarily aspire to lead the pack in innovating and responding to change, but they also assume that it's OK to be middle - or even at the bottom - of the pack.

Much has been written recently about our tendency to reward young athletes for showing up, for participating, for simply putting in a modicum of effort. I won't venture to judge whether that is good or bad for the local little league, but I'm pretty sure it's bad for business.

I would encourage any self-assured executive to remember what is necessary in times where change is as rapid and unpredictable as it is now: you should move faster than the market to stay constantly relevant, to effectively deliver shareholder value, and to be positioned to win. The alternative is to rest assured on the lessons of how things have worked in the past... and you will likely lose. You can act with purpose or you can go with the flow. But remember: in business, there are no trophies for participation.