Ever since 2011, when my 89 and 91-year-old parents were financially exploited and I became embroiled in the issue -- and in the battle -- I have been wracking brain to try to comprehend how. After all these years of teachings, preachings, beseechings and rooftop proclamations, after congressional testimonies and reams of paper packed with pages and chapters of meticulously-researched statistics, heart-rending anecdotal evidence and advice and counsel from some of the finest and most highly-educated minds on the planet -- how in the world can the problem elder financial exploitation still be alive and well, thriving and spreading like a cancer all across the globe?

Then something happened this past Saturday. An associate said something to me that came as such a surprise, I was, for a brief period of time, literally left speechless. And for those of you who know me well and are familiar with my penchant for verbal expression, you know what a rarity that is!

For those of you who know even a little bit about me, you know that last year my business partner and I produced a documentary. It's entitled Last Will and Embezzlement, it addresses the issue of elder financial exploitation, and it is my personal goal, as not just a filmmaker but as a victim's daughter, to show that film and speak to audiences in all 50 states and in as many of Connecticut's 149 municipalities as possible.

To that end, here in Connecticut, I asked a few colleagues to help me identify some potential venues where I could screen the film and conduct a post-screening seminar/panel discussion/audience Q&A -- and that's when it happened.

One of these colleagues told me, "There are no poor elderly in Fairfield," and anyway, though she was aware of a very nice theater in Stamford, she tried to dissuade me because she was certain, she said, "The film will fall on deaf ears."

I cannot tell you how stunned I was, first to hear this coming from someone I considered to be an educated, intelligent person, and second, to realize I was absolutely struck wordless. I was set back on my heels and I had to take a good bit of time before I could formulate a proper response. But, frankly, for the purposes of this article, the response itself is irrelevant. What is more important is what occurred to me after she said that: Maybe, just maybe, one of the reasons for the monumental success the perpetrators of these crimes enjoy worldwide is that this person's misconception is not an isolated case.

The truth is these crimes can happen to anyone -- absolutely anyone -- absolutely anywhere. 500 million Baby Boomers across the planet, and 300 million senior citizens -- that's nearly a billion people right there. And it doesn't matter what your profession is or what you do with your spare time; it doesn't matter if you live in a huge city or a small town, drive a BMW or a pick-up truck, walk around in a 3-piece suit or blue jeans and boots, and it doesn't matter if you work for a large corporation or if you joined the family business. These perpetrators don't care if you have a lot of money in your savings account or if your only asset is the house you live in. If you've got it, they want it. 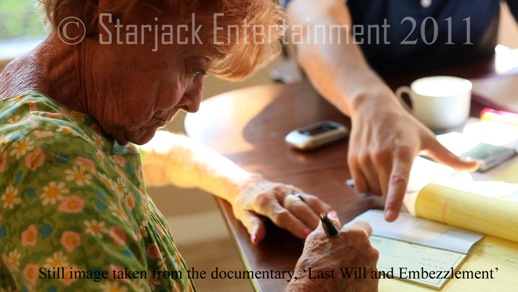 PLEASE -- do not don rose-colored glasses and heedlessly think for one moment that you or those you love might somehow be immune. These crimes know no boundaries whatsoever. Everyone is at risk. And our best weapons are attention, education, preparedness and prevention.