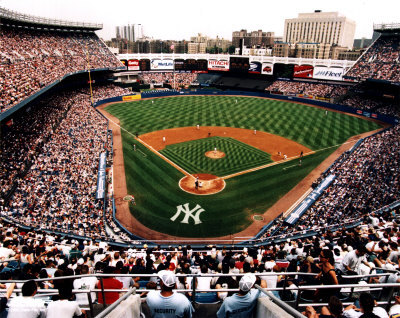 For much of history the public and religious groups attributed uncontrollable stereotyped physical movements in concert with uninhibited repetitive vocalizations -- including bizarre deliveries of obscene speech -- to demonic possession. Those monolithic 'experts' faded away with the scientific study of what we know as Tourette Syndrome.

Even in these educated times people hold on to archaic beliefs, or deny scientific findings, in favor of cultist web sites or pseudo-scientific monographs. The current debate about anabolic steroids contains these elements. One wing of the anabolic steroid debate contends these drugs produce no serious side effects; meanwhile the polar opposite wing screams that anabolic steroids produce dangerous immanently life-threatening side effects such as the brain tumor that ended the life of Lyle Alzado. The more accurate answer lies in between these radically different views.

Anyone who has trained for a medically-related career knows that steroids constitute one of the most powerful classes of hormones and drugs known to medicine. The steroids group ranges from corticosteroids like cortisone, to the estrogen/progesterone class of female steroids, to the anabolic androgenic male steroids. The medical effects and side-effects of the steroid class ranges from a beneficial anti-inflammatory action to the most deleterious of side effects -- death (e.g. from thrombosis).

Unfortunately many people obtain information about the anabolic steroids from web sites run by pseudo-scientists who have never published a scientific study, or from street-level gym rats whose major expertise lies in evading arrest for drug trafficking.

If an interested reader sees a claim that the anabolic-androgenic steroids show no serious side effects, he would best put down the article, back away slowly, and run out to make sure the globe continues to be a sphere. On the other hand, if a reader sees the claim that anabolic steroids led to tumors such as suffered by Lyle Alzedo, read further only with a very cautious vigilance for exaggeration and hyperbole.

Any drug in medicine acts on natural biological 'receptors' to stimulate other biological mechanisms. The narcotic drugs stimulate opioid (or endorphin) receptors to relieve pain, or induce a sense of euphoria. The nonsteroidal anti-inflammatory agents (like Motrin) block an enzyme (cyclo-oxygenase) that becomes involved in the prostaglandin cascade.

The anabolic-androgenic steroids (testosterone analogs) act on the various androgen receptors that exist in biology. To understand the therapeutic actions and obnoxious side effects of the anabolic-androgenic steroids (AAS) simply look at the actions of the male hormone testosterone. Testosterone acts to masculinize most species: develops large muscles and bones; develops male genitalia and male gametes (sperm); and produces the characteristic deeper voice, hair growth (e.g. beard) of the male. Testosterone also fuels typical male behavioral patterns including aggressiveness and an enhanced mating drive.

Use of the AAS generally mimics -- but can antagonize -- the actions of testosterone: enhances muscles and bones (at certain ages), promotes male hair patterns (including baldness), however inhibits sperm production and shrinks the testicles. Furthermore, the AAS influence behavior in predictable patterns: to enhance aggressiveness and to affect sexual behaviors (in various ways). Some studies on AAS and aggressiveness do not find a 'roid rage; nonetheless a preponderance of clinical studies discovers enhanced aggressiveness and increased moodiness.

More side effects of these drugs emerge from 'toxic' actions. These actions occur when a drug acts in high doses, or affects metabolic processes that seek to detoxify the drug. Such actions include high blood pressure, high cholesterol, heart disease, liver cell damage, liver abscesses and tumors, infertility, prostate disease (possibly cancer), and blood clots. Estrogen by-products of the AAS induce gynecomastia -- the production of female breast tissue in males.

In females the use of an AAS becomes particularly sinister. Androgenic steroids will enhance muscle growth in females. However the drugs also lower the female voice, grow the female genitalia, produce male pattern baldness, and include all the behavioral and toxic side-effects names above. However, one nefarious side effect of the AAS may produce birth defects several years down the road of woman's life.

A critical concept in the understanding the effects and side effects of these powerful drugs is the mechanism of action. The anabolic steroids (like all steroids) penetrate the cells borders, and penetrate into the cell nucleus to affect the basic expression of genes. Steroids either turn on or turn off genes by manipulating DNA; only a scientifically naive person would argue that these drugs do not produce serious side-effects.

Any debate concerning the use and/or abuse of the anabolic steroids as performance-enhancing drug (PED) must accurately represent the scientific facts. Debaters may differ on the fairness of PEDs, the regulation of PEDs, and the ethics in the performance-enhancement of these drugs. However debaters cannot construct side-effect free arguments that amount to claims that gravity does not exist on the pitcher's mound in Yankee Stadium. It's time to exorcise those demons from the PED debate.