Kudos to the Jefferson County Sheriff's Department in Colorado for an ad-campaign that's likely to ... um ... linger. On the heels of a growing number of citizens' complaints, dog-owners in Jefferson County are being reminded that "there is no poop fairy."

"Like the Loch Ness Monster or Bigfoot, the fabled poop fairy has been the stuff of legend. Flying undetected in parks, neighborhoods and schoolyards, she was said to follow close behind dogs and their owners -- picking up what the dog left behind, before flying off to the next canine creation. A widespread belief that she existed seemed to reassure some that cleaning up after one's dog was sort of ... optional."

While it may not be as witty as Denver Water's "use only what you need" campaign, The PSA, complete with informative poster (viewable below) made MSNBC host Rachel Maddow's "Best New Thing in the World" list last week. 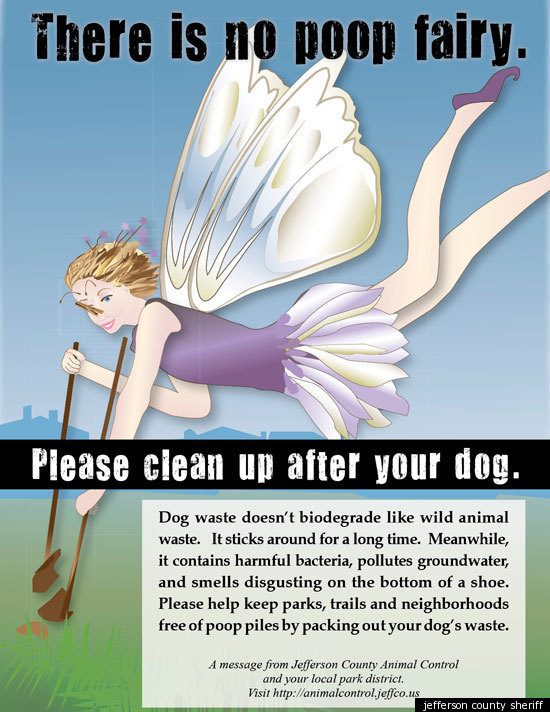