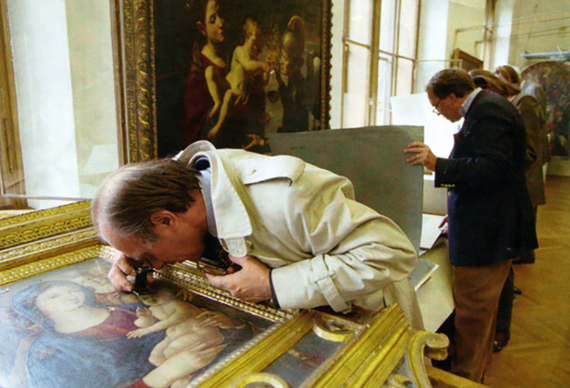 When I began my quest to recover the still-missing paintings stolen from the Isabella Stewart Gardner Museum in 1990, the first step I took was to investigate the realities of art theft. Up to that point, my understanding of art crime was based upon what I learned from popular media, especially television and movies. Uncomfortable with basing an investigation upon the plot of Oceans Twelve, I set out to research all of the art theft I could find. I searched the archives of the New York Times and international papers seeking all the details I could gather on heists here and around the world. Then, I built a database of all the thefts I could identify.

I was pleasantly surprised by the wealth of data I was able to accumulate, and it led me to my conclusion that art thieves are far from the suave, debonair Robin Hood-sorts that are usually depicted in Hollywood. In fact, in nearly all of the cases of major heists of high-value art, the thieves are common thugs with much more in common with characters from a Coen Brothers film than a stylistic George Clooney buddy flick. They are the thieves who also rob armored cars, sell guns and drugs and steal all manner of valuables, from jackets to jewels. In a way, their stories are more compelling than that told in The Thomas Crown Affair. This disparity between fiction and reality in art thievery led me to consider a more profitable genre of art criminality: forgeries.

When one considers the art forger, the idyll is of an art prodigy gone wayward working in his studio for the love of art and fooling the snobs of the art world just to prove a point. There is a real-life example of this: the story of Mark Landis has been told often in recent months. He is the talented forger who would produce paintings purported to be by famed masters and then donated them to museums, who readily accepted the works as genuine. His goal was not money -- he didn't accept payment. Landis is an unorthodox man who is given to dressing in a priest's outfit, despite the fact that he is not a member of the clergy.

But Landis is an outlier. The idea of a talented painter committed only to his art and the resultant harmless trickery may seem quaint and somewhat romantic, but it is hardly the case. The idea of the forger wrestling with complex psychological motives is overstated. Instead, most forgers are motivated by a mundane psychological desire: greed (or are coupled with con men that see opportunity in the forger's skills). Indeed, art fraud and forgery is a sinister undertaking that wreaks havoc on the art world, damages the oeuvre of famed artists and even victimizes some of the forgers themselves.

Take, for example, the scammer Ely Sakhai. His scam was ingenious: Sakhai would buy authentic valuable works of art from reputable galleries, thereby not only obtaining the painting but the provenance -- the documented history of the work -- that ensures that the work will later be saleable. Then he would hire Chinese immigrant artists to make copies of his painting, including tell-tale markings on the reverse of the canvas, and sell the copies. Even discriminating buyers who did their homework would learn that Sakhai was the owner and had bought the particular piece of art. But what they didn't know was he was selling them a fake. Not only did he take advantage of businessmen primarily located in Asia where the embarrassment of their mistake made exposure through prosecution too humiliating, Sakhai also held the immigration status of his copyists over their heads, making them fearful of quitting his illicit enterprise or telling authorities about their plight.

Then there was Glafira Rosales and her partner-boyfriend Jose Carlos Bergantiños Diaz, who paid septuagenarian street artist Pei-Shen Qian only a few thousand dollars for paintings he carefully faked (and "aged") to appear to be originals by Jackson Pollock, Mark Rothko and Robert Motherwell. Rosald later turned around and sold Qian's fakes for tens of millions of dollars to the Knoedler Gallery in Manhattan.

The Knoedler stands as another example of the harm caused by art fraudsters. Once the nation's oldest continuous-running art gallery, the scandal that was the result of the Rosales con -- and the ensuing litigation brought by multiple Knoedler clients -- led the esteemed art dealer to close its doors forever.

Scandals such as the aforementioned dominate the pages of the art publications that buyers turn to for information, like artnet.com and The Art Newspaper. And when investors see even the most experienced art buyers fall victim to clever, expensive scams at some of the most reputable galleries, it has a chilling effect on sales. That's not just a problem for rich art brokers, it can also be a problem for smaller galleries peppered throughout the United States and beyond, as buyers become wary of taking risks. The art market isn't just for the ultra-rich dropping millions of dollars on a Warhol, it's also for members of the 99 percent who are interested in obtaining works for their home from up-and-coming artists. Art fraud can have a trickle-down effect on the market, because if galleries cannot sell, artists often cannot earn.

This chilling effect also takes its toll on connoisseurs and academics on whom buyers rely for judgments on authenticity of artworks, especially those that are new to the market after being hidden in obscurity by their owners for long periods of time (claims that paintings were hidden from the Nazis is a ruse that has been used more than once and with great success). When Werner Spies, perhaps the world's top Max Ernst expert, fell victim to the forgeries of the German fraudster Wolfgang Beltracchi, his reputation was so damaged that he would later say that he contemplated suicide. His colleagues around the world took notice, and the result of this and other embarrassments for appraisers was such that their willingness to offer an expert opinion on a potential sale was adversely impacted. Again, if a buyer cannot purchase with confidence, he might not buy at all.

One cannot blame buyers for reticence brought about by scams. Thomas Hoving, the esteemed former director of the Metropolitan Museum of Art, made the infamous claim that up to 40 percent of all of the art hanging on the walls of museums and galleries are fakes. While this might be an exaggeration, consider this: if Hoving overstated the problem by a factor of 10, that's still a lot of art -- and a lot of falsely assigned value. And when fake pieces are outed, it can have an unfavorable effect on the value of a particular artist's reputation due to actions totally out of their control. As British painter Ashley Jackson said upon the discovery of fakes of his paintings, "It is unjust that someone can play on my credibility by creating poor imitations in my name. To be honest, some of the fakes they were offering were really awful and it was embarrassing to think they were purportedly done in my name."

Moreover, when art is successfully faked, especially Impressionist and Abstract Expressionist works that often are subject to derision by those outside of the art world, it gives the public the impression that they are right: that "anyone can do it." It doesn't help the reputation of Jackson Pollock that his splattered style of painting, which often sells for many millions of dollars, is so often forged by the unscrupulous con men that regularly emerge.

Despite the seemingly never-ending stream of forgery scandals, there is hope in the battle against art fraud, and that lies in advances in technical analysis. But it's important to note that we cannot just rely on science. Instead, the best bet in fighting off art fraud is a combination of art history with technical science -- those experts who not only understand how to determine the chemical composition of pigments, but also the brushstroke style of a painter, or the era in which they used a specific signature style. Those two skills combined into one examination can protect a buyer from walking out the door with a worthless Pei-Shen Qian instead of a multi-million dollar Robert Motherwell. Not to mention years of expensive litigation. The act of making forgeries is just a transaction or two from the studio to the courtroom, and in that scenario, no one wins.