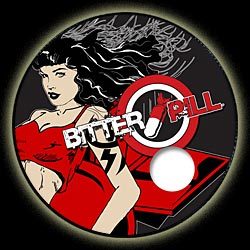 Whatever money you have given Planned Parenthood, NOW, and NARAL has gone for naught. All you have to do is ask where were these women's groups during the health care fight, when they got beat by a minority in Congress led by one man? As for the Democratic Party, the majority of members, who has always told us it supports women's rights were played like fiddles. The so called progressives and "pro-choice caucus" in Congress rendered silent by the few. Speaker Pelosi... well, she served up Rep. Bart Stupak as the hero of health care. However, the Hyde Amendment didn't have to be codified in health care legislation, but that's what happened, because women had no champions in Congress.

The Democratic Party has come to believe that since Republicans do not stand up for women they have a captive voting block, even if they no longer deserve it. But where are women to go? Who do they vote for if not Democrats? Republicans certainly don't support women's rights. Their last nominee, John McCain, was even against the Ledbetter Act for equal pay. Sarah Palin is against women's self-determination, as is every other possible 2012 Republican contender.

The right-wing rants about freedoms every day. But the right-wing of both political parties ignore the rights of women every time the topic of abortion is brought up. The word "choice" is used to demean the trauma of a woman in the throes of personal panic, while "pro-life" is used to further stigmatize the woman as being somehow against life, even if her decision is often made to save her own life, physically or emotionally, sometimes both. The woman in peril is the primary individual and life in question. There is no one else.

If you don't believe in abortion don't have one, even if put in an untenable position. But no one should have the right or power to strip women of their freedoms to control their own body, something a man would never allow.

And the continued contention that Bart Stupak and others like him are "pro-life" tells only part of the tale. They are actually pro-selective life.

No other person or force, including the government with their concocted health care plan restrictions, should ever be allowed to impede the woman's decision, even if she's poor. To do so is to interrupt a woman's human rights and her freedoms.

Democrats have decided that the rights of women are not equal and worth defending. Republicans have always felt that way. Because if every woman in this country doesn't have 100% control over her own body, regardless of means, she is not free.

Wake up and see your 21st century Democratic Party.

I know, it's sobering.

But Mr. Stupak would not have gained so much ground against the freedoms of women if Speaker Pelosi hadn't sanctioned it, encouraged it and back it.

If the so called "pro-choice caucus" in Congress, both chambers, hadn't failed to stand up for us.

The women in politics either too old or too lazy to recall the dangers of not having 100% control over your own body. Some of our menopausal matrons simply not up to the task; while young women yawn in ignorance of what's being dismantled.

None of this would have happened if Planned Parenthood had been doing their job and seen the Stupak health care challenge coming (whoever has given them money should ask for it back.) or if NARAL and NOW hadn't been rendered to simply squealing at the wind after the deal was done. (Don't give them another dime when they come calling.)

Not at all impressive for groups whose only purpose is defending the rights of women. They all failed miserably.

Meanwhile, in a little place called Michigan, Connie Saltonstall has bravely come forward, with the help of Blue America, to challenge Bart Stupak. It's a long shot, but at least it's a principled one, and in a year where Bart Stupak has fallen in love with his own image who knows what can happen? I've been sending emails to Emily's List asking them, where's their endorsement? Finally I got a nice email response saying they're "talking to her campaign" and they'll keep me posted. They've missed the biggest PR opening they could have had, right after the passage of health care when Bart Stupak was everywhere, and is now being followed up by an op-ed for the Washington Post.

Honestly, you expect this ineptitude on women's behalf from Republicans, but it's been a sharp stab of betrayal to see it done by Democrats who hold both houses of Congress and the presidency, while "women's groups" fumble around for an excuse to cover their flatfooted surprise and incompetence.

So, in a season where Rep. Bart Stupak and the minority in the House took down the majority in the Democratic Congress who allegedly support women's rights, while even wrangling Pres. Obama to help carve away more of what we've already won, it's time to face facts.

We continue to deny poor women full freedoms based on their inability to pay for them.

Women in America no longer have any political party willing to stand up for our full freedoms. No politicians willing to fight our fights.

And there is no women's movement anymore.