We have not visited Santa this year. We have entered no shopping malls, paid for no photographs, and waited in no wonderlands.

Instead, as is the tradition in this merry little town we now call home, Santa Claus comes to us. In a little red sled, on a big brown trailer, pulled by a grey pickup truck. And flanked by a police escort.

If the setup sounds wacky, that is only because you have not seen the magic firsthand. Sirens and lights roused us to our windows tonight, as a cruiser drove along the street making its garbled announcement: "Santa is on his way."

The children grabbed hats and coats and tumbled out into the darkness. Sure enough, moments later, the big man himself rounded the corner -- going maybe nine miles an hour -- and the whole North Pole party stopped in front of our house.

My kids got down to business one, two, three.

Lizzie presented an itemized list with "PURPL UNNECORN" scrawled at the top.

And Henry, the little guy, gazing around at the cars and trucks all aglow, asked Santa if he would drive him to see his grandparents in Ohio. Santa chuckled, smiled wearily, and told Henry, "I really wish I could, buddy. But maybe your mom can help you with that one."

Henry pondered this as he hopped away with his candy cane. At least when it came to cross-country travel, Santa had suggested that Mom was more powerful than he was.

The girls presented the man in red and his blue-uniformed entourage with a plate of cookies. Katie added, "I also wish for everyone else to get their wishes tonight."

"No one has ever asked me for that before," Santa replied. "I'll see what I can do." Then the bedazzled Christmas caravan lumbered off into the darkness.

It had seemed to me that Katie was confusing Santa Claus with a genie, as though she could carry a lamp and just wish for more wishes. But Santa had seen the loveliness in her request, had honored the goodness in all three of my children, something I often forget to do.

The whole visit lasted only a few minutes, and was like a page from a storybook -- one of 1001 tales you might tell late at night. About that time when you were a kid, and Santa came to your house, promised you a unicorn, gave you candy, called you wonderful, and drove away in a little red sled, on a big brown trailer, pulled by a grey pickup truck. 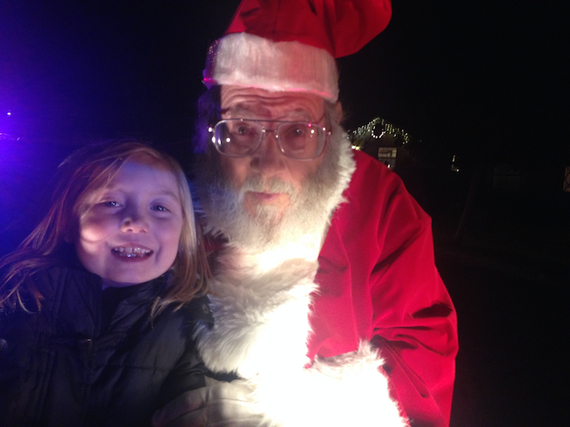 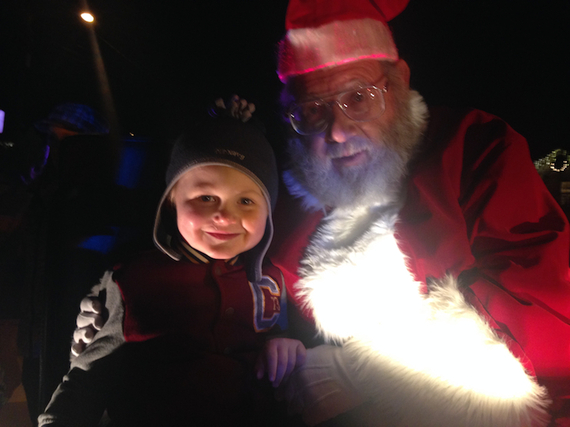 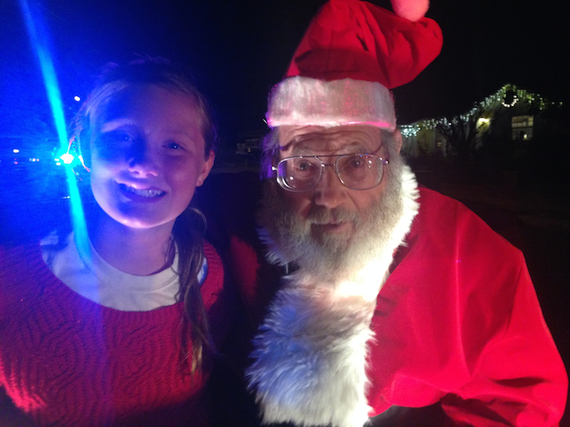 More:
Parenting childhoodSanta ClausParentsparenting-stories
Newsletter Sign Up
Raise the kind of person you'd like to know
Subscribe to our parenting newsletter.
Successfully Subscribed!
Realness delivered to your inbox

Founder of DadvMom.com and author of Here Be Dragons: A Parent's Guide to Rediscovering Purpose, Adventure, and the Unfathomable Joy of the Journey