Milwaukee was stop fourteen on our Listen to America road trip. We spoke to numerous locals about their feelings toward the city. Here’s what they had to say:

“I decided to change occupations when my brother was killed. ... I wanted to do something else where I can engage with people on a daily basis. ... No fight was ever won by itself. It was won because you had a group of people that stood for something and meant something.”

“Hey, I love my city, I really hope that God bless it. You know, Milwaukee: The city big enough to have sports teams, but small enough where you can still park downtown for affordable prices.”

“I’ve lived all over and I found my calling in water for my career. Milwaukee’s the place to be if you’re interested in water. ... There’s a lot of character if you search it out.”
― Brandon M. Gross, 29, water technology specialist

“I love the camaraderie here and the community within certain circles. There’s a lot of networking, there’s a lot of growth. ... A lot of people who are really trying to establish something for the culture, and that feels good. What I don’t like about it here is that we are still really hyper-segregated.”

“I came to Milwaukee because my mom was sick and we had closed our business; I was interested in going to graduate school. ... Do I like Milwaukee? No, I do not. Beyond getting my master’s, I really did not want to stay.”

“I wanted to come here ... I like Milwaukee mainly because of the people, the churches and the parks.”

“I was born here. My grandfather came here in 1935. He was fresh off the railroads. His friend had gotten lynched in the South. ... He decided to land here when his brother landed here, and they just stayed.”

“The best thing about Milwaukee is the culture. It’s literally a melting pot for, like, almost all the immigrants that ever came to America.”

“I like Milwaukee because it made me who I am. ... One of the things I don’t like about Milwaukee though is ― you can call it segregation, but it’s really a lack of opportunities for minorities in the city.”

“I grew up in this area. ... When I was younger, I used to tear up the street. It’ll be a good thing for me to actually build it up as well. That’s actually why I’m in Milwaukee ... It’s just a great opportunity for me to just give back what I took from it.”

'There’s A Lot Of Character': Meet The People Of Milwaukee
Best Scenes From Milwaukee On HuffPost's Listen To America Tour 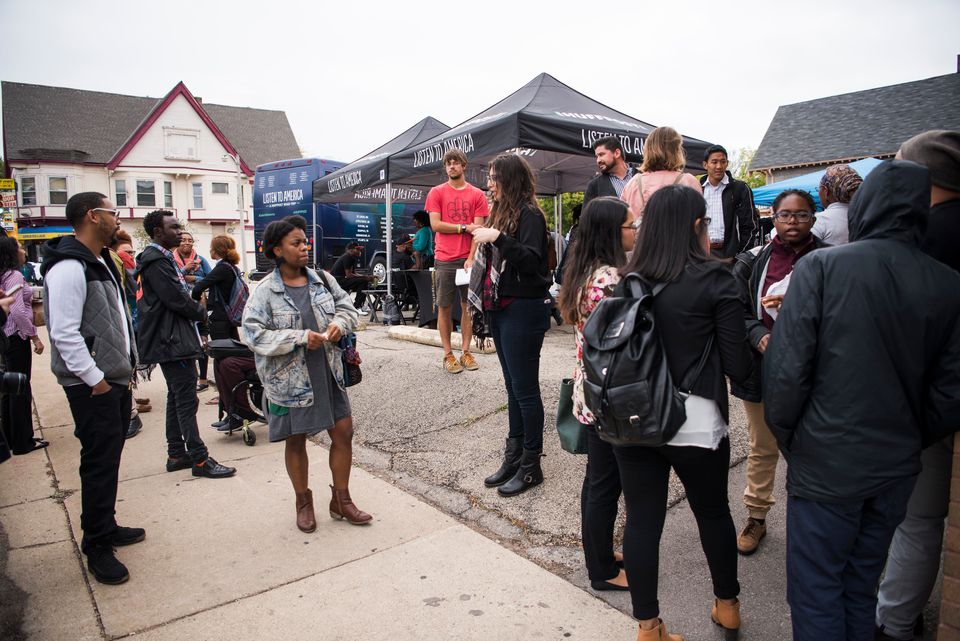 1 / 17
People check out the Listen To America tents.
Damon Dahlen/HuffPost