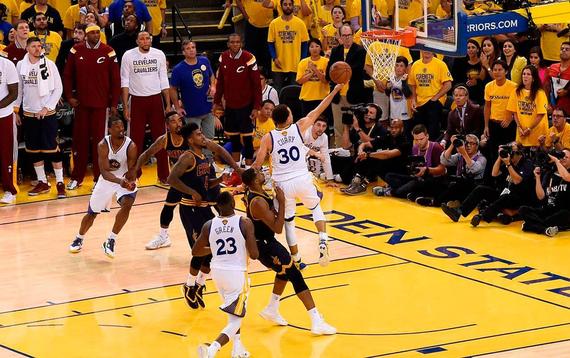 If there was any doubt on who is the best player in the NBA, that was proven after what appeared to be the most highly anticipated regular season game. The reigning MVP Stephen Curry did what he always does, show out! But this time it was against a team the Warriors didn't see in last year's playoffs and failed to beat in the 2015 regular season.

The San Antonio Spurs, ranked the second best in the West, was abashed on Monday night and suffered their worst loss since 2013. Golden State snapped their 13-game winning streak, handing the Spurs a 120-90 beatdown. And it was all done without All-Star Time Duncan who sat out due to knee soreness. Just a precaution by head coach Gregg Popovich whose focus is longevity versus hype.

"Why not?," said Popovich when asked about the matchup. "It's the two teams with the best record, playing it up would seem to be logical to me," he said. "We feel different going against a team that's the best team in the league. I get butterflies in my gut and excited about the game, and all that sort of thing. I don't feel like that every night."

I digress. How can you not feel some kind of way after that embarrassing loss. It's pretty obvious that Curry continues to get better. It's entertainment at it's best. It's not how he scores 37 points (Monday night) while averaging nearly 30 points per game. It's the way he drops dimes! Curry's release is more graceful than a ballerina. His force is of a super hero but the what I think is most dominating is his aim.

If we break down the responsibilities of a point guard:

The list can go on and on but nowhere can you find banking a three-point shot as part of what makes a great point guard. Yet, Curry has mastered this in becoming the most successful and most coveted player in the NBA. His extraordinary ability to make a jump shot anywhere on the court, while double-teamed or forced out of bounds. This young star keeps you wanting more.

"We are more a conventional team," said Spurs Manu Ginobili. "They are different. So we need to adjust. Tonight, they killed us. At this point, they are better than us. I'm not embarrassed to face it." 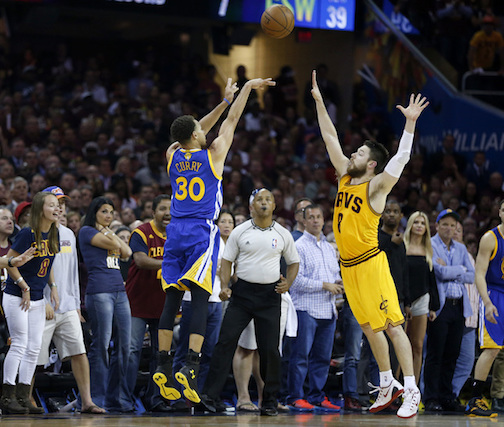 But the one team that many felt could be the only team to dominate Golden State left Oakland with their tails between their legs. The once fearless Spurs were another team embarrassed at Oracle Arena. LeBron James who referred to himself as the best player in the league during the NBA Finals last year. Found himself outside looking in after the recent firing of his head coach David Blatt.

Whether he's behind Blatt's ignominious dismissal or realize's he's now No. 2. The reality is clear, he's no longer the best simply because there was room for someone else to take over. There's a new Sheriff in town and he's won the West along side a talented cast. The Warriors are now on to new goals, another NBA Championship, chasing the Chicago Bulls historic 72-10 record and without a doubt, a second MVP for Curry.

Golden State is the best show on earth. They've proved to be the best NBA team this season and what they do collectively as a team is something we just haven't seen in a long time. Teams like this are considered a "dynasty" sure to win championships over the next three years if they stay healthy. But this young team has fun on the floor eery night while intimidating their opponent easily.

With a 42-4 record, the Warriors keep getting better. Wednesday night they beat the Dallas Mavericks 127-107. And despite a phenomenal night by Klay Thompson who scored 45 points didn't negate the Mavs comeback after halftime to overcome a 14-point lead by Golden State. They came within one point after the half but Curry made moves without taking the shine away from Thompson.

After going 1-for-8 in the first half, Curry made his first three shots from long range and helped his team regain the lead. The Warriors never looked back while Curry finished with 14. Sometimes being a team player is just as good as leading a team. Either way, Golden State has yet to play their best game and I feel sorry for their opponent when that day comes.

"Every time we have an opportunity to prove who we are and continue another step in the journey, we're ready for it," Curry said.