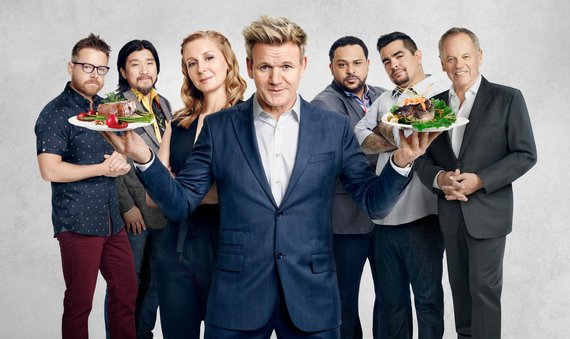 Can you imagine the fiery pressure the final four contestants are under as they compete for the final win? Tonight, MasterChef airs this special two hour episode "Family Drama/Critics Choice" as Chef Gordon Ramsay cranks up the heat on the final four competitors. Along with Chef Ramsay, Chef Christina Tosi and guest judge Chef Richard Blais roast the remaining contestants with an unexpected twist of heat to the already blazing hot competition.

Guest Judge Richard Blais reveals the seventh Mystery Box challenge, as the winner will avoid competing in the elimination challenge and the remaining contestants are given 5 minutes to shop for a basket full of 20 ingredients.

Then, the four remaining contestants are given 90 minutes to prepare either a halibut or duck entrée for VIP food critics in the Studio Box challenge. Will they impress an entire room full of critics from across the nation? An intimidating group of 17 food writers and critics taste and tell Chef Ramsay what they think of the dishes, as either the red or the blue team survives the scalding tongues of top food tasters. The losing team will face even more pressure as they recreate three pork dishes, going from the frying pan into the fire to win the final for that golden MasterChef title. 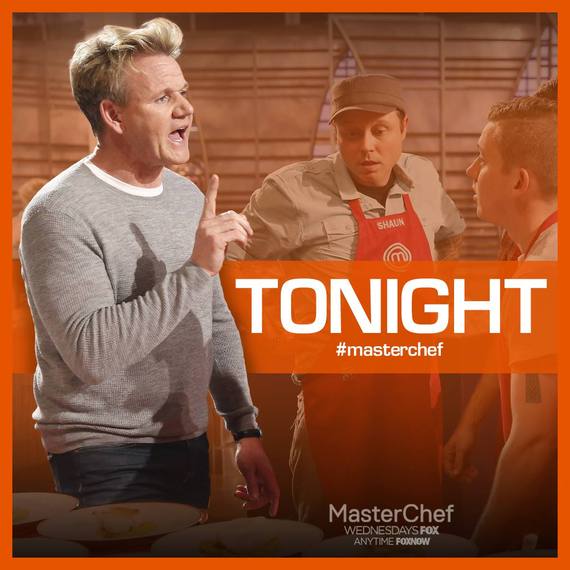