The American election cycle is notoriously elongated, but it seems the Irish are nudging us to get a move on, already! Today is the beginning of Irish-American Heritage Month and rumors are buzzing that President Obama will visit Ireland in May, one hopes with a trip to his ancestral hometown of Moneygall where he can raise a pint in Ollie Hayes's pub. 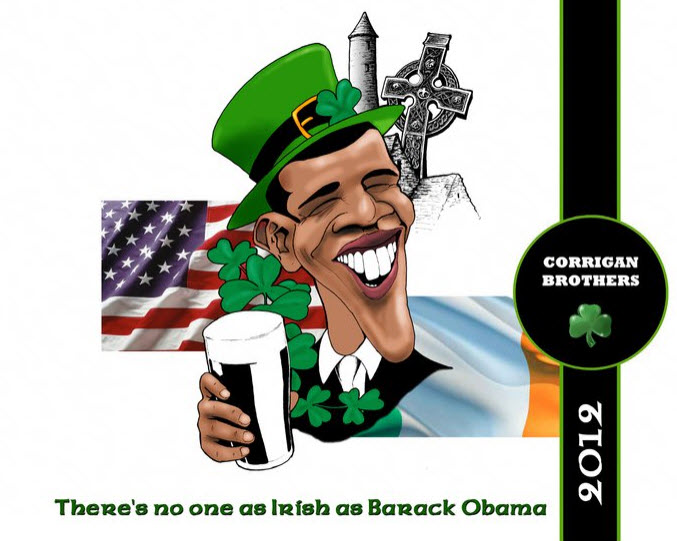 If so, it's a given that the Corrigan Brothers will entertain all present with their 2012 election version of There's No One as Irish as Barack Obama, which includes a shout-out to yours truly and Stephen Neill for our genealogical sleuthing. I salute the Corrigan Brothers not only for the song itself (consider yourself warned - it's infectious), but also for managing to slip a name like "Smolenyak" in there. That couldn't have been easy.

And just in case you're the kind who, like myself, requires a little "too ra loo ra loo ral" guidance, here are the lyrics: