My 86-year-old mother has had Alzheimer's for about eight years now. Ten months ago she fell and broke her hip, requiring surgery, followed by two months in a convalescent hospital. While there she got so depressed she stopped eating, lost 16 pounds in eight weeks, threatened suicide, and pleaded incessantly to go home. There was nothing I could do about her Alzheimer's -- nothing I could do to heal her broken hip faster -- but there was something I could do to honor her only wish: I could take her home. So I did. 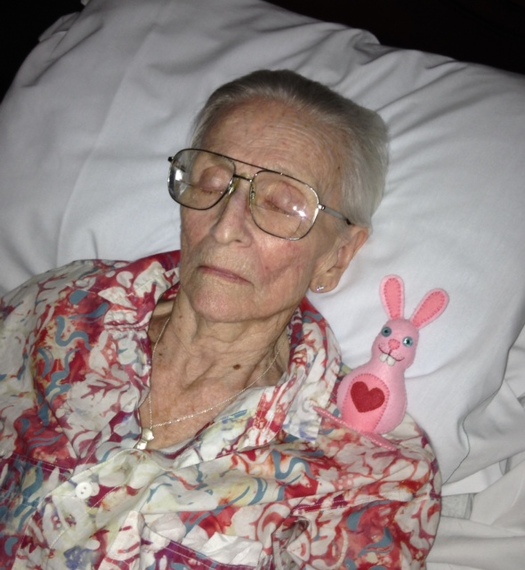 I hired four caregivers to take care of Mom in her home, making sure someone was with her 24/7. I was the fifth caregiver, working my regular shifts every week like the others. Mom was a fall risk so we had to keep eyes on her at all times. We cooked for her, took her to the bathroom, bathed her, gave her the prescribed meds, helped her with physical therapy, kept her company, and tended to her every need, day and night. One month of home health care ended up costing $21,000. It was clear that Mom's modest savings wouldn't last long at that rate!

In keeping Mom at home with 24/7 care, I was essentially running a nursing home for one patient -- a costly proposition! Alzheimer's is a slow killer and in-home health care could quickly wipe out Mom's six decades of savings.

But Mom is fortunate -- at least she has some savings -- just not enough savings for her to stay in her home until the end of her life. So I moved her to a small board and care home where round-the-clock care costs $4,500 a month. At this rate, Mom won't out-live her money -- but she's not at home where she wants to be.

My friend Jamie Showkeir finds himself in that situation. A relatively young man in his early 60s, Jamie was diagnosed with Lou Gehrig's Disease (ALS) less than a year ago and the disease is progressing so rapidly that he has only about 20 percent of his physical abilities left. He can't feed himself, bathe or dress himself, or get himself to the bathroom. His wonderful loving wife Maren is committed to caring for him, but Jamie is a big athletic guy and Maren can't possibly tend to him by herself. She physically can't move him without another person to assist.

Jamie and Maren don't have the financial resources to pay for home health care while the ALS takes its toll on Jamie's body. But what they do have is social capital -- they have friends, family, and professional colleagues who organized a crowd-funding campaign to raise $60,000 to pay for 16-hour-a-day caregivers for Jamie for the next six months. In just one week Jamie's friends raised the entire $60,000 and are now raising more so that he can have 24-hour-a-day care. Given the love and support of a wide social and professional network, Jamie will be supported in living at home until the end of his life. 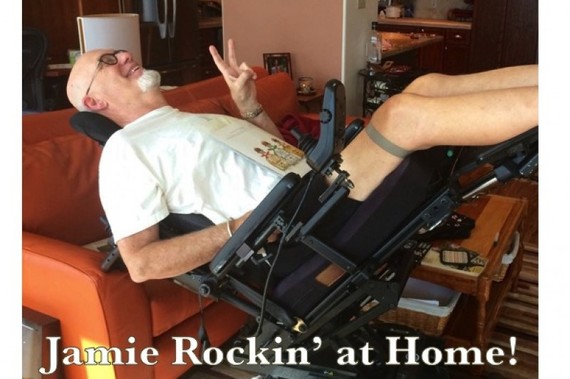 Jamie and my mom are the fortunate ones. Jamie has social capital and my mother has financial capital -- valuable assets they can draw on for their end-of-life care.

But what about the millions of people who have neither financial nor social capital? People with Alzheimer's, Parkinson's disease, multiple sclerosis, ALS, cancer, and other debilitating terminal diseases? Hundred of thousands of families are driven to the brink of bankruptcy trying to keep their loved ones at home for the final months of life.

Today, it seems to be every man for himself, every women for herself, every family for itself, when it comes to finding a way to die at home. If you don't have life savings to pay for home health care... you're out of luck. If you don't have friends and family to crowd-fund and raise money for you... oh well.

I am reminded of an ancient allegory:

A holy man was having a conversation with the Lord one day and said, "Lord, I would like to know what Heaven and Hell are like."

The Lord led the holy man to two doors. He opened one of the doors for the holy man to peer inside. In the middle of the room was a large round table, in the middle of which was a huge pot of stew that smelled delicious. But the people sitting around the table were emaciated, pale and sickly. They appeared to be famished. They each had spoons with very long handles splinted to their arms, but each found it impossible to reach into the pot of stew and take a spoonful because they could not get the long-handled spoons to their mouths. The holy man shuddered at the sight of their misery and suffering. The Lord said, "You have seen Hell."

The Lord took the holy man to the next room and opened the door. It was exactly the same as the first one, with a large round table, in the middle of which was a huge pot of stew that smelled delicious. The people's arms were splinted with the same long-handled spoons as the other room, but in this room, the people were well-nourished and healthy. They were all laughing and talking, as they took turns scooping up big spoonfuls of stew and then feeding each other.

The holy man turned to the Lord and said, "Oh, now I see the difference."

"Yes," said the Lord, "Here in Heaven, people have learned to feed each other... while in Hell, people think only of themselves."

What kind of a country do we want to be? Should every person, every family, have to fend for itself -- struggling to keep loved ones at home to finish out their lives? Or should we be providing a safety net of affordable, compassionate home care for the elderly, the infirm, the ill, and the dying?

Don't we all believe that there's no place like home? 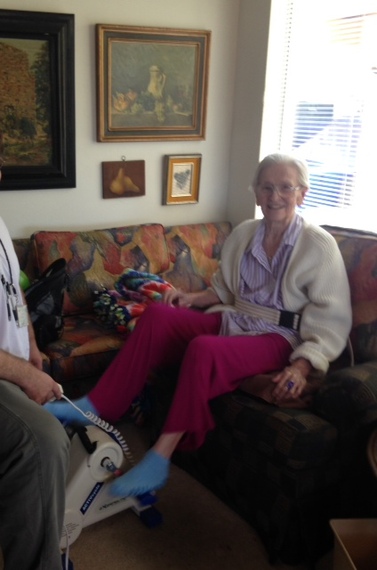 To contribute to my friend Jamie Showkeir's home health care, go to:
http://www.gofundme.com/KeepJamieAtHome

To contribute to the Alzheimer's Association, go to: http://www.alz.org/join_the_cause_donate.asp