Last night, I was discussing the Syrian Refugee debate with my brother on our way home in an Uber when I told him that it reminded me of the one passage from the Bible that I actually remember:

Now I'm not a Christian and I'm not even particularly religious, but I have read the Bible and that passage is one of my favorite because it is universal and kind. And yet, the Mike Huckabee's, the Mike Pence's, and the Marco Rubio's of our country who run around parading their "Christian" values always seem to sell out any compassion or empathy from their faith for the slightest chance to gain a little more power. I believe that's called the sin of vanity and it's disgusting. 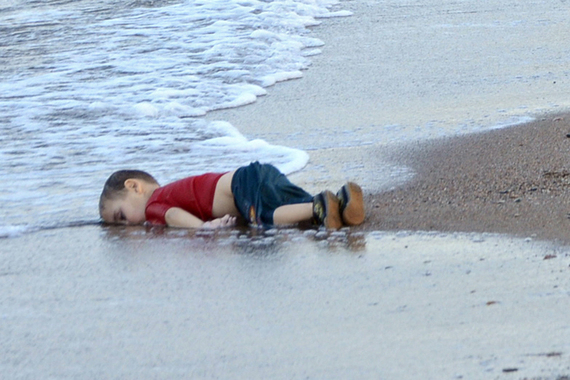 We were all refugees once. The "City Upon a Hill" that Republicans so often quote because of Ronald Reagan was made famous by John Winthrop's sermon about the Massachusetts Bay colony, a city of Puritan refugees. Yet today, leaders in a swath of the country so proud to consider itself the "Bible Belt," shuts its doors to the those seeking refuge in its arms. 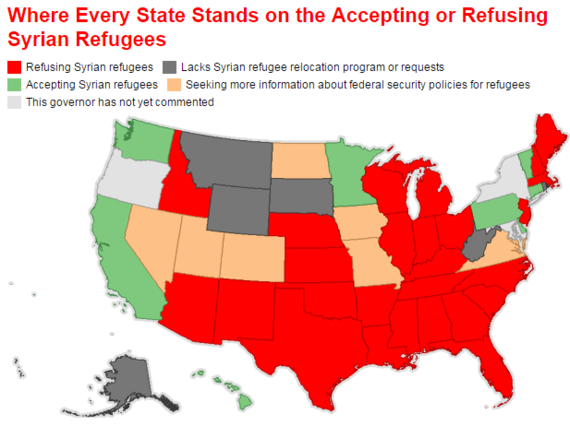 We ought to pause and ask why we allow so many politicians to claim the mantle of Christianity because there's nothing Christian about refusing to accept the most vulnerable among us. For so many elites on the Right, Christian values end at the Old Testament, stopping somewhere around the proscription of homosexuality. Never do we get Ted Cruz to talk about helping the poor or sheltering the unsheltered, or protecting the Creation; rather, we hear about tearing apart families and deporting millions of "illegals." No human is an illegal, we know that because love is blind thanks to every wedding we have been to when we hear Paul's letters to the Corinthians. It's a love of humanity, to which he is referring. Where is that love among the refugee blockers?

When I finished my rant, my Uber driver chimed in and asked me if I knew the next verse after the adherents asked Jesus when they fed and clothed him. I said, I did not. And by heart, the driver said,

"I tell you, whatever you did for one of the least of these brothers and sisters of mine, you did for me."