It was merely six months ago that my husband and I relaxed on a deserted beach in Maui, letting the cool Hawaiian waters kiss our toes and clear our minds. We were in honeymoon bliss, and the breaching whales and playful dolphins in the distance made our dreamlike state feel even more surreal. We spent our days whale watching and our evenings admiring sea turtles from shore, the abundant and thriving sea life quickly became the highlight and focus of our trip more so than the inland excursions and activities. 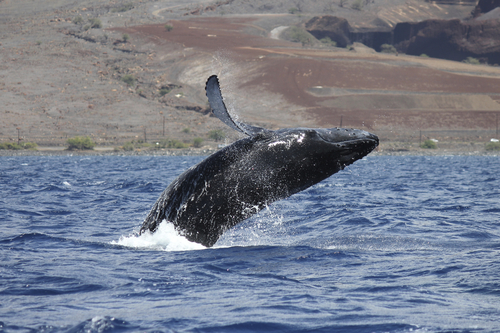 But in Honolulu, Hawaii this week, the sea life is anything but abundant and thriving. Due to a leak in Matson's harbor pipeline, 233,000 gallons of molasses spilled into the Honolulu waters killing thousands of fish, eel, crab, and other precious marine creatures. Scuba divers descended to inspect the damage and upon surfacing, worst fears were confirmed to the public. In one short, heartbreaking sentence, diver Roger White exclaimed, "everything is dead." The underwater pictures and video footage currently circulating the internet are hard to look at, and bring back memories of the devastating BP oil spill of 2010. When a disaster like this occurs, so many questions come to mind. How could this happen? What precautionary measures were not taken to prevent an accident like this? And perhaps the most important question of all, what now?

Matson spokesman Jeff Hull reported that there is currently no cleanup effort taking place as there simply isn't anything that can be done. Unlike oil which sits mostly on the surface of the ocean after a spill, molasses sinks to the depths causing oxygen scarcity, quickly suffocating all kinds of sea life.

When an environmental disaster of this degree takes place, whether human-caused or not, the impact it will inevitably have on the ecosystem is always a point of focus and concern. Gary Hill, Deputy Director for the Environmental Health Division of the Health Department reported to NBC News, "This is the worst environmental damage to sea life that I have come across, and it's fair to say this is a biggie, if not the biggest that we've had to confront in the state of Hawaii."

Suddenly, images from my recent 12 days in Hawaii come rushing back as I think of the impact that this normally harmless substance will have on the environment. The diving pelicans, the colorful fish, the intelligent marine mammals, as well as the human citizens of Hawaii will all be impacted by this great disaster in some way. Hawaii's fragile tourism and fishing-based economy may also suffer as the Gulf States did following the BP oil spill. It may take years for the molasses to completely clear out of the canals and depths of the Honolulu Harbor, and the long-term effects are uncertain. The leak in the pipeline that carried the molasses has been repaired, but life is still being actively destroyed from the slow-moving sludge.

While the "green movement" has impacted millions of people and the "save our environment" slogan and signs are rampant, they are simply not enough to prevent human-caused disasters like this one. I often think of the preparatory measures taken before a commercial flight: an extensive maintenance checklist is reviewed before each and every takeoff to ensure the safety of human transport. The same courtesy should be extended to protect our oceans when a company's operations are intruding in this otherwise self-sustaining environment. While Matson claims that they have had several small ocean spills over the years and nothing comparable to this catastrophe, I pray that this will be the disaster that sparks a change in our preventative policies. After all, we are destroying what can't be replaced, and upsetting an ecosystem that cannot be easily or quickly repaired.

To learn more about Hawaii conservation efforts, visit The Nature Conservancy of Hawaii.