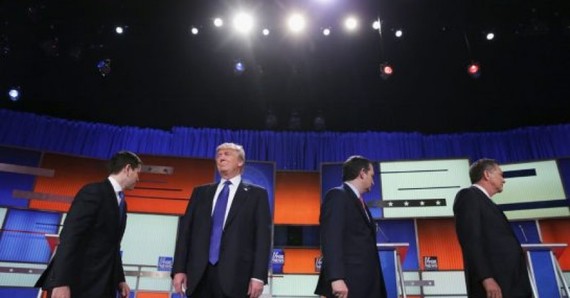 A group of GOP elites, panicking at the idea of a Donald Trump nomination, have met "secretly" in DC to figure out what to do to stop the bloviating billionaire's inexorable march to a majority of delegates. The meeting, which was held on Thursday March 17, ended without a clear path of resistance. The options, vague as they were, appeared to be: stop Trump from amassing delegates, present a viable alternative at the convention if he has enough delegates to sway the floor vote, or run an independent third party Republican and hope to wrest control of the party back from the base.

None of those options are good. A contested convention will lead to chaos. A viable alternative will struggle to garner enough enthusiasm. An independent run will rupture the party and require a complete rebuild of the political machinery and donor networks the Republican power structure relies on. No, there's only one option that makes sense: block Trump now and force him to run third party.

This will absolutely lead to a numerical electoral defeat in November. A Trump run will split the right in 2016. The GOP may lose the White House and the Democrats may pick up working majorities in the House and Senate. But that's not necessarily a bad thing for the GOP. 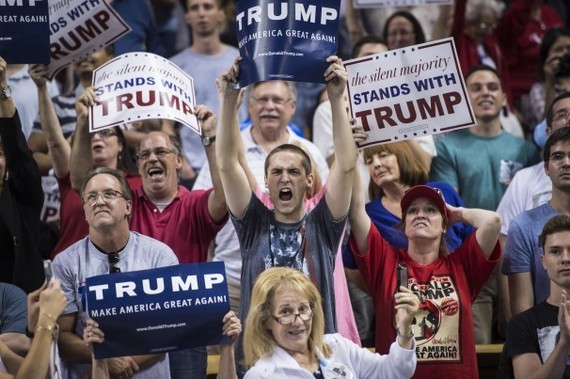 For years now, the party has cultivated an almost completely white, paranoid, extremist right wing base. It's a detriment in presidential elections -- the demographic math is against Republican candidates for president, and it's getting worse.

But it's great for midterms.

And that's where the GOP has had the most success of late, using those elections to rev up the base and gain majorities in Congress. It's poetic justice, of course, that the very tactics of whipping up hysteria used in those midterms has produced a party base willing to elect Trump and kill the Republican Party, but that's another story.

With control over Congress, the GOP has outsized political power and can use that power to gerrymander districts to retain it. The GOP can use that power to constrain the kind of legislation a Democratic president sends it and affect judicial nominees. It's a strategy that has seen the Republican Party dominate U.S. politics in an eight-year period where the first black president was elected, gay marriage was legalized and a new civil rights movement was born. 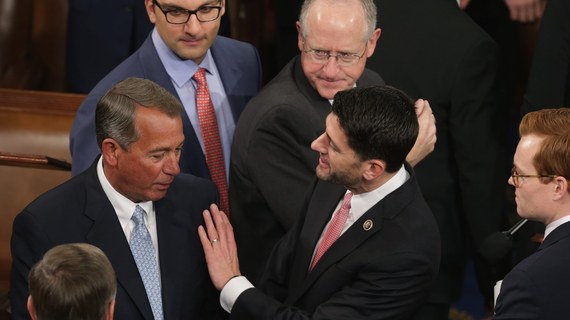 There's another side to this, too. Electoral defeat does not necessarily mean the GOP won't capture the White House. A three way race between Clinton, Trump as third party, and a more moderate GOP candidate will most likely mean no one candidate reaches 270 votes. There are many reasons for this -- Trump will sweep the Deep South, Clinton will win the Upper Midwest and Northeast, but it's quite possible the GOP could win enough states to deny the Democrats an absolute majority. There is still a moderate right wing in presidential politics.

If we take my generated map (made over at 270 to win) as showing the grey for Trump, nobody gets to 270. I give Trump Arizona, Alaska and Iowa because of the hard right base in those states and the fact that the Ds and Rs will split the rest of the votes, giving him a majority. Trump gets Maine and New Hampshire because he's running third party.

If nobody gets 270 -- if my projection is at all correct -- that's when things get interesting. And disastrous for the Democrats. 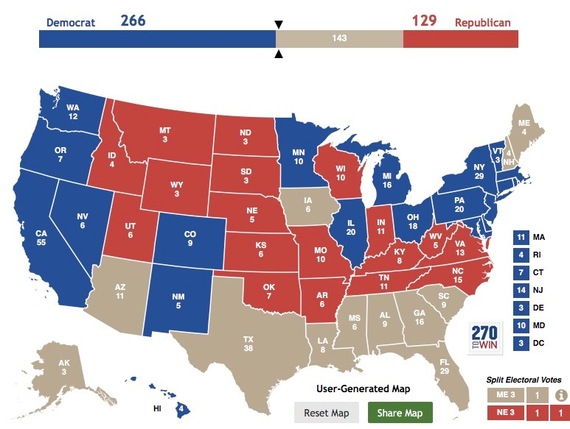 Without an absolute majority, the election goes to the House. And the House, while it will be fractured, anarchic and full of anger over the split in the Republican Party, will come together to deny Clinton the presidency and give it to the Republican nominee over the protestations of the Trump faction of the chamber.

What happens then, nobody knows. But what won't happen, no matter if blocking Trump leads to a Clinton presidency or a House-elected Republican president, is the GOP being labeled with Trump's ideology for the next generation.

And that's just about the only way for the GOP to snatch any sort of lasting victory from the jaws of this self-created defeat, and keep the party in place.