There's something absolutely insane happening in the House of Representatives right now.

To fully appreciate said insanity, we have to take an unpleasant but brief trip down memory lane -- back to the darkest days of the 2008 financial crisis. Insurance giant American International Group (AIG) was on the verge of collapse, and the U.S. government stepped in with an $85 billion bailout. The risky behavior that drove AIG to the brink was largely fueled by a financial instrument known as derivatives trading.

In the wake of the financial crisis, many people were less than enthusiastic about the prospect of footing a multi-billion dollar bill every time Wall Street gambled its way into a corner. So, when Congress passed a new set of financial regulations known as Dodd-Frank in 2010, it included a provision that required banks to conduct some forms of derivatives trading in a more isolated way in an effort to reduce risk and make government bailouts less likely. Many reform advocates would have preferred much stronger protections, but given the $12.4 million in campaign contributions and $105 million in lobbying expenditures by Wall Street industry groups attempting to influence the law, it was certainly better than nothing.

Now, the House is scheduled to vote on a bill that would roll back these derivative regulations and let banks go back to the same set of rules that let them break the economy in the first place. This brings us to insane part: According to the New York Times, the bill is currently enjoying "broad bipartisan support" in the House. So, why is it that both parties have found a way to agree on a substantive regulatory change at a time when partisan bickering is supposedly making any progress impossible?

It's certainly not because the public is up in arms about rolling back derivative regulations -- most Americans have never heard of derivatives trading, let alone pressured their Member of Congress to deregulate it. No, this is happening for a very different reason: Big bank lobbyists wrote this bill.

That's not a cute turn of phrase or an exaggeration -- The New York Times reports that 70 of the 85 lines in the new House bill reflect recommendations made in a piece of model legislation drafted by lobbyists for Citigroup, another bank that played a major role in the 2008 crisis and also received billions of federal stimulus dollars. The same report also revealed "two crucial paragraphs, prepared by Citigroup in conjunction with other Wall Street banks, were copied nearly word for word." You can even view the original documents and see how Citigroup's lobbyists redrafted the House Bill, striking out ideas they didn't like and replacing them with ones they did. Wall Street is quite literally writing its own rules. 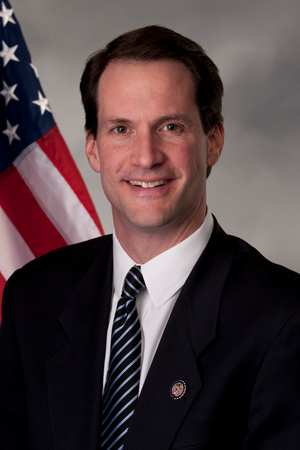 So to review: We have a bill that would roll back protections put in place after the financial crisis that was literally written by lobbyists for one of the major players in that same financial crisis. This bill is being sponsored by a bipartisan group of Congressman -- including a former Wall Street executive -- who depend on Wall Street to fund their campaigns. This bill enjoys bipartisan support in a House that received over $22.4 million in Wall Street contributions and is under constant assault from nearly $50 million worth of Wall Street lobbyists in 2013.

This bill is just the latest example of a sickening status quo that has taken hold in our nation's capitol. Journalists and pundits may continue to dance around the issue with euphemisms like "influence peddling" and "insider culture," but such wholesale purchase of the legislative process by special interests reveals a more urgent truth: Our government has become a place where fundraising takes priority over the public good. Our government feels more accountable those that bankroll its members than the people it was elected to represent. Our government requires massive amounts of money, be it in the form of campaign contributions, lobbing expenditures, or outside spending, in exchange for any kind of policy outcome.

Our government is corrupt. It's time we did something about it.