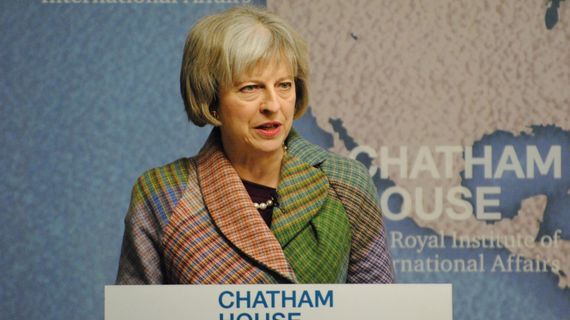 There is a good reason why anti-Semite Henry Ford said that today we would do well to look into our past society.

In a bold and gallant statement issued a few days ago, Britain's Prime Minister Theresa May declared, "The Boycott, Divestment and Sanctions movement is wrong; it is unacceptable, and this party and this government will have no truck with those who subscribe to it." In reference to the 1917 Balfour Declaration, in which Great Britain pledged to help build in the Land of Israel "a national home for the Jewish people," Prime Minister May concluded, "It is one of the most important letters in history. It demonstrates Britain's vital role in creating a homeland for the Jewish people. And it is an anniversary we will be marking with pride." But perhaps the icing on the cake was her assertion that the UK was now adopting an internationally backed formal definition of anti-Semitism in a "ground-breaking step towards eradicating anti-Semitism."

I am very much in favor of defining anti-Semitism in a manner that allows everyone to see where he or she stands on the issue. That said, we cannot ignore the fact that Jews have been singled out for praise or condemnation (usually the latter) throughout the history of our people.

Hatred toward Jews has been around since the inception of our nation at the foot of Mt. Sinai. There, when we became a nation after having pledged to be "as one man with one heart," not everyone responded favorably to the idea. Those who did not subscribe to it began to loathe those who embraced it. They remained outside the Jewish people, and thus began the hatred of the Jews.

The Talmud (Masechet Shabbat) writes that Mt. Sinai "is a mountain from which sina'a [hatred] descended unto the nations of the world." The book, Kedushat Levi (Sanctity of the Levite), specifies, "that hatred came only after the reception of the Torah [which requires that we love each other as ourselves]," and the acclaimed Noam Elimelech adds that it is called Sinai, meaning "hatred," because "miracles happened to Israel and sina'a descended unto the nations of the world."

Consciously or not, Jewish unity has always been a sore in the eyes of some non-Jews. They argue that the Jews are using their close ties with one another to gain unfair advantage over people from their host nations. Others, such as Winston Churchill, sensed that the "corporate spirit, the spirit of their race and faith," as Martin Gilbert quoted him in Churchill and the Jews, has a special role in Judaism. Churchill believed that this corporate spirit gives Jews a "special power which ... nothing else would ever give."

For the past 2,000 years, since the ruin of the Temple, we the Jews have not kept our vow to love our neighbors as ourselves. Yet, the hatred toward us has remained and for a very good reason. When we became a nation through our unity, we were also tasked with being "a light unto nations" by passing on that special "corporate spirit" to the rest of the world. As I wrote in "Why Do People Hate Jews," even if we are not told so to our faces, the fact that we are neither practicing nor passing on that spirit is the reason for the hatred toward us.

When times are good, anti-Semitism stays on the back burner. But as soon as trouble begins, it reemerges and the Jews take the heat.

Wait, it gets better: We Jews are often accused of conflicting "crimes." Communists accused us of creating capitalism; capitalists accused us of inventing communism. Christians accused us of killing Jesus, and French philosopher, François Voltaire, scolded us for inventing Christianity. We have been labeled as warmongers and cowards, racists and cosmopolitans, spineless and unbending, and so on and so forth.

The only conclusion we can draw from the above is that we are to blame for everything that is wrong in the world. As Prof. of Quranic studies Imad Hamato put it: "Even when fish fight at sea, the Jews are behind it." While it is tempting to snub such declarations as demagoguery, we should not be so reckless; they reflect people's true emotions toward us. Israel's international isolation and the disheartening results of the ADL's international survey on anti-Semitism prove that Jew-hatred is not a whim; it is mainstream. Mrs. May, I regret to admit, is in the minority. 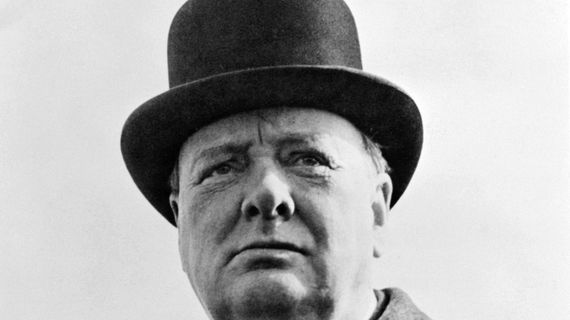 Sir Winston Churchill believed that the corporate spirit of the Jews gives them a "special power which nothing else would ever give."

The Ball Is in Our Court

The good news is that the ball is in our court. If we want to abolish anti-Semitism, we can do it. In fact, we are the only ones who can. When the wickedness of human nature takes the helm, people seek a cure for it. However, they will not find it because that cure is the unique unity that our nation had achieved at the foot of Mt. Sinai and struggled to maintain until we lost it some two millennia ago. The memory of unity is still buried deep within us, but we cannot "switch it on" at will. Nevertheless, this is the cure for human nature that humanity is seeking, and deep down, or even openly, they know it and demand this of us.

The most notorious anti-Semite in American history, Henry Ford, recognized the role of the Jews in his book, The International Jew -- The World's Foremost Problem: "Modern reformers, who are constructing model social systems, would do well to look into the social system under which the early Jews were organized." Ford did not stop there. Concerning the importance of ancient Jewish society, he added that the Jews are "a race that has preserved itself in virility and power by the observance of those laws the violation of which has mongrelized so many nations."

To truly understand what Ford sensed, we need look no further than our own sources. The Book of Zohar writes (Aharei Mot), "And you, the friends who are here, as you were in fondness and love before, henceforth you will also not part ... And by your merit there will be peace in the world." In Tikkun (correction) no. 30, The Zohar, in one of its most blatant declarations about the responsibility of the people of Israel, unequivocally asserts that when we are not in "fondness and love," as we just read, we "cause poverty, ruin, robbery, killing, and destruction in the whole world." Indeed, as the Talmud tells us in Masechet Yevamot: "No calamity comes to the world but because of Israel."

In light of all the above, it is easy to understand the moving words in the letter of the first Chief Rabbi of Israel, Rav Kook, who cherished the Balfour Declaration: "Any turmoil in the world comes only for Israel. Now we are called upon to carry out a great task willingly and mindfully: to build ourselves and the entire ruined world along with us." Rav Kook knew that only if we restore our unity, we and the world will have peace. In Orot Kodesh [Lights of Sanctity], he went on to write, "Since we were ruined by unfounded hatred and the world was ruined with us, we will be rebuilt by unfounded love and the world will be rebuilt with us."

The Surprising Benefits of Hatred

Anti-Semitism is indeed hatred of Jews. However, as The Zohar, the Talmud, and all of our sages throughout the generations have been telling us, we are not hated simply because we are Jews, but because we are divided and therefore do not act as "a light unto nations."

Having said that, we should know that the hatred between us is not our problem; it is in fact necessary for our success. If we did not hate each other, we would not be able to serve as a role model of overcoming divisions. Only when we rise above our hatred can we be an example. This is what the world desperately needs yet cannot find. We, who carry the recollections of our triumph in uniting above hatred, are the world's only hope. Therefore, when we do not live up to the nations' hopes, they hate us.

The more the state of the world deteriorates on the personal, societal, national, and international levels, the more anti-Semitic people will become. In an interview for Channel 2 in Israel, Thomas Friedman of The New York Times said that he recently asked Surgeon General Vivek Murthy, "What's the most prevalent disease in America, is it cancer, diabetes, heart disease? He said, 'None of those; it's isolation.'" It seems that people simply cannot stand to be with one another.

Yet, if we the Jews unite above our divisions and animosities, the world, which constantly examines our moves, will find that there is an alternative to hatred. If we did not hate each other, we would not be able to serve as proof that we can rise above it. But now that the world is deep in hate and we are hateful of each other, this is our time to shine the light of unity.

"As Israel correct themselves," writes the book, Sefat Emet [Truthful Words], "all creations follow them." And as Baal HaSulam said, "It is upon the Israeli nation to qualify itself and all the people of the world to develop until they take upon themselves that sublime work of love of others, which is the ladder to the purpose of Creation," for all of humanity to be "as one man with one heart."