Yesterday Theresa Rogers was named as Tiger Woods' latest alleged mistress. RadarOnline.com reported that she is a Florida woman in her 40s whose relationship with Woods occurred both before and after he married wife Elin Nordegren. Rogers was the second woman linked to Woods whose name was published yesterday, following articles suggesting Jamie Postle (PHOTOS) and Woods had an affair in Florida.

Today, RadarOnline.com calls Rogers a "cougar" who, according to sources, said she "taught him everything he needed to know to be a great lover!"

See a photograph of Rogers below.

UPDATE: Rogers denies having an affair with Woods. 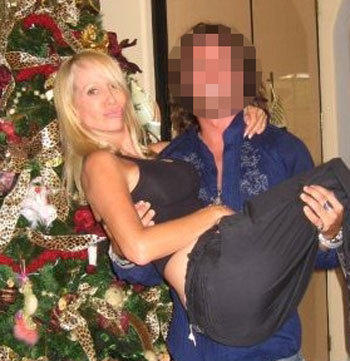