The amount of time you spend on the road is dependent on where in Illinois you live and work. Your commutes could either be drawn-out and stressful, or they could be brief and relaxing after a long day at work.

The average commute time for most working Illinoisans is 28.1 minutes, which is about three minutes longer than the national average, according to Obrella.com, a website that provides home and car insurance advice.

Using traffic data from the U.S. Census Bureau, Obrella ranked the 40 best and worst commuter cities with populations of at least 10,000 based on the average one-way commute time. 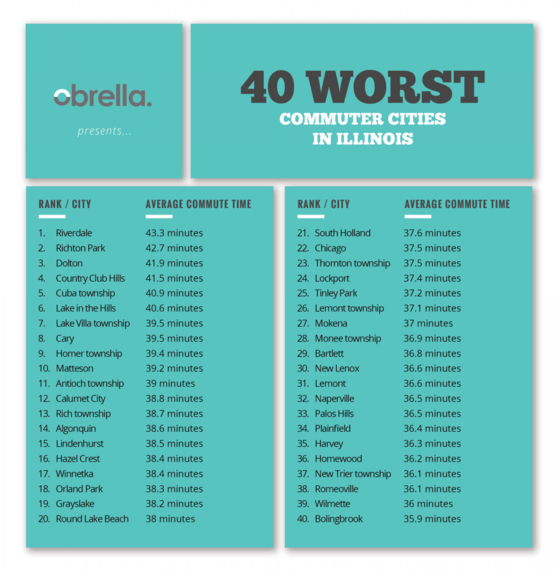 To see the complete list of the 25 best commuter cities, as well as those cities' average commute times, check out Reboot Illinois.