Brave. Strong. Fearless. Those are just a few words that can describe kids living with pediatric cancer or blood disorders.

In honor of National Childhood Cancer Awareness Month and Sickle Cell Awareness Month, the Aflac Cancer and Blood Disorders Center of Children’s Healthcare of Atlanta put together a photo series spotlighting five courageous and resilient patients ranging in age from 4 to 15.

Titled “In Their Own Words,” the series depicts each patient with special flags (gold for childhood cancer and burgundy for sickle cell disease) featuring one word that describes their personal journeys.

“Kids with cancer and blood disorders are some of the strongest and wisest kids you’ll ever know,″ Jamie Brewer, whose 4-year-old daughter Caroline participated in the series, told HuffPost. “They have been through so much both physically and emotionally, and they seem to have a sixth sense about them, wise beyond their years.”

“They become some of the most compassionate people you’ll ever meet. My hope is that one day, all kids survive cancer and know that they can conquer anything that comes their way,” she added. “Suddenly a broken toy or a missed playdate doesn’t feel like such a big deal.”

Estimates suggest that nearly 16,000 children in the U.S. will be diagnosed with cancer in 2018, and even more will struggle with the debilitating impact of sickle cell disease.

Brewer, whose daughter has brain cancer, believes “In Their Own Words” captures the strength and fierceness of kids battling illness.

“You often associate pediatric cancer with pictures of kids with missing hair, going through difficult treatments,” she said. “While all of that is the reality of what families like ours deal with every day, I love this series because it leaves you feeling like these kids are strong, courageous, and full of hope. And children with cancer are all these things and more. They fight so hard to physically battle cancer, while also dealing emotionally with all of the changes in their lives and the lives of their family.”

Ultimately, Brewer hopes the photos of the patients holding signs with their “battle cries” raises awareness around these medical struggles.

“It is my most sincere hope that after seeing these photos, people will feel the strength of these children and want to be a part of saving kids’ lives by creating awareness and funding research,” she said. “Awareness helps funding, and funding will one day lead to a cure.” 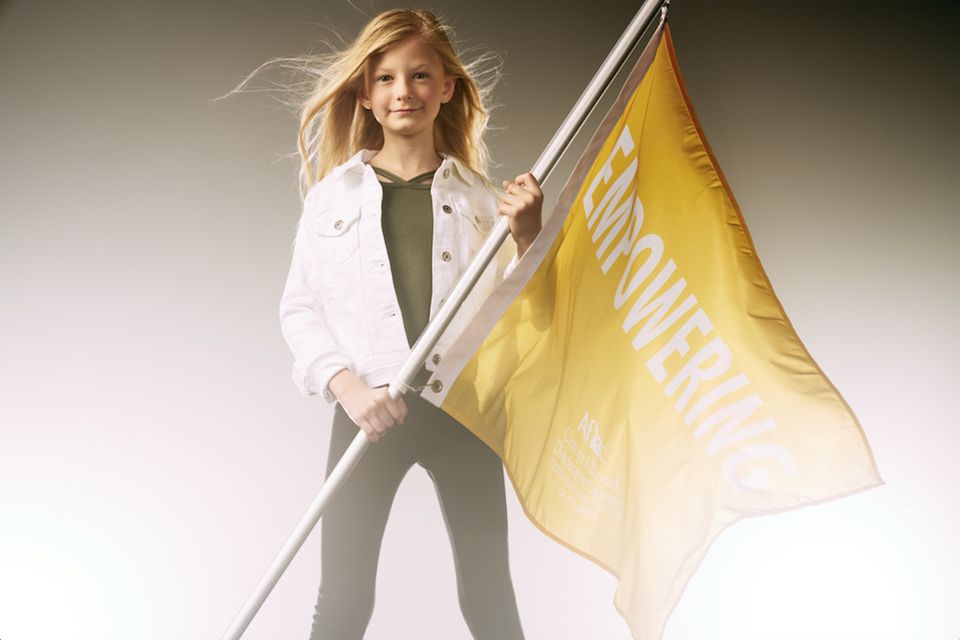 Childrens Healthcare of Atlanta
"Lana was diagnosed with Stage 4 neuroblastoma at age 3 in late 2009, with cancer found in 97 percent of her bone marrow. After rigorous treatment, she’s now a joyous, healthy middle schooler. Lana is the daughter of Blackberry Smoke drummer Brit Turner. The rock n’ roll band has given more than $150,000 to-date to the Aflac Cancer and Blood Disorders Center to fight pediatric cancer, and this September, they’re matching up to $50,000 in donations." -- CHOA spokesperson 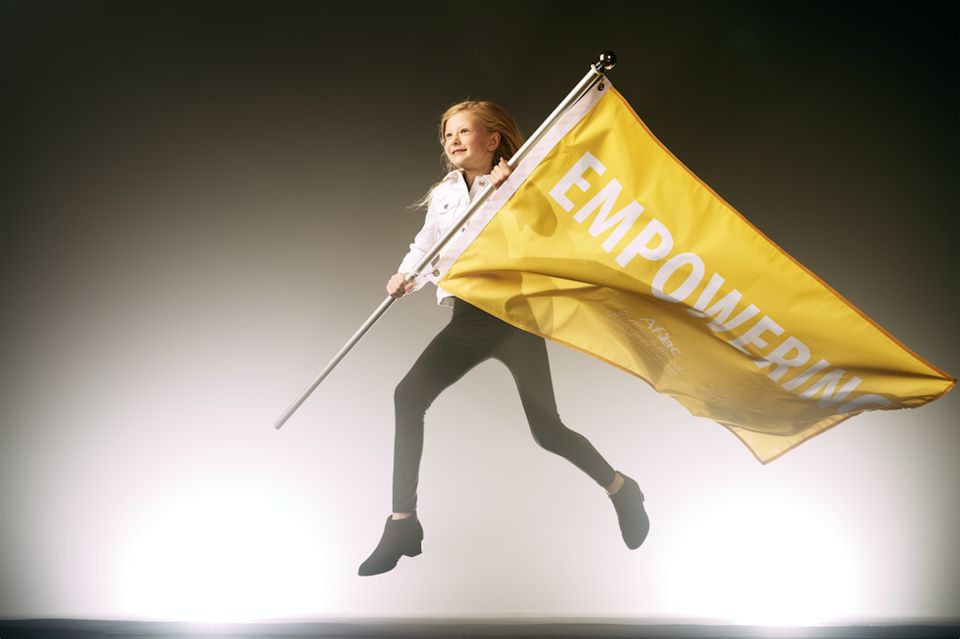 Childrens Healthcare of Atlanta
"Cancer did not get the best of me. Throughout the journey, I learned how it empowered and strengthened not only me, but so many other people in my life. It was a chain reaction that inspired others to push through difficult times, set goals and appreciate the small things.” -- Lana 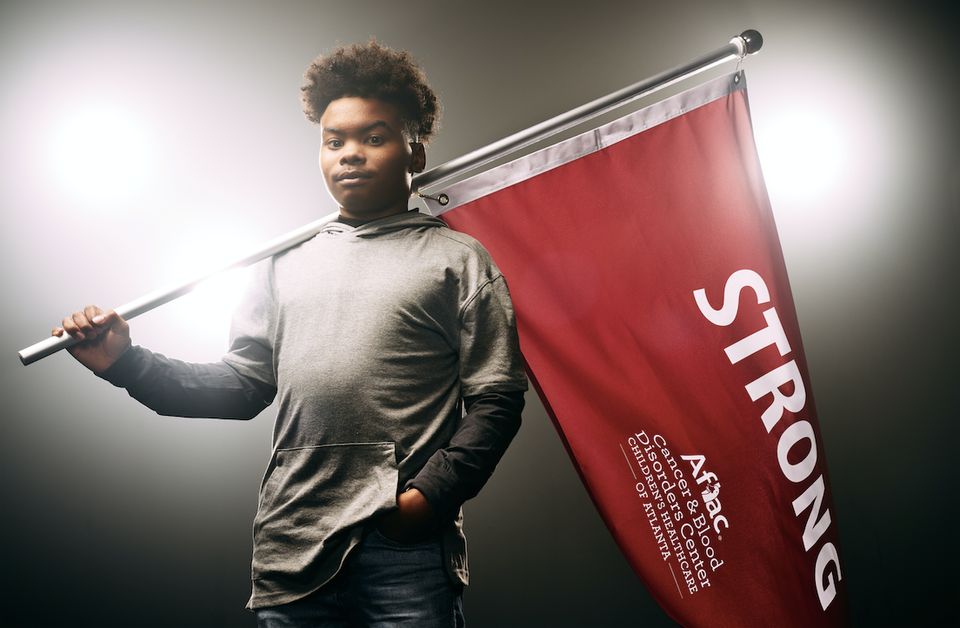 Childrens Healthcare of Atlanta
"DaJean, diagnosed with sickle cell disease before birth, was no stranger to regular medical treatments growing up. His family moved to Georgia in 2010 for better care, and he’s been coming to the Aflac Cancer and Blood Disorders Center ever since. DaJean’s mom says his doctors and nurses treat him like family and have been by his side through all of the ups and downs. He comes for a hospital visit at least once a month." -- CHOA spokesperson 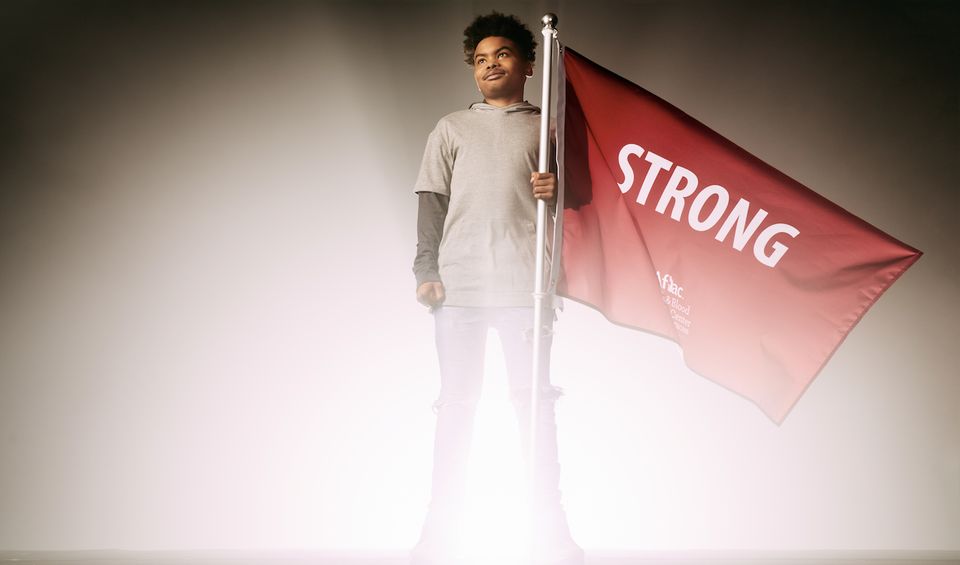 Childrens Healthcare of Atlanta
“Even though he deals with pain in his everyday life, DaJean manages to remain hopeful. He pushes through every pain crisis like a champ and doesn’t let his illness stop him from living the best life he can live. He still goes outside to play basketball, swim and hang out with his friends. He maintains his heart of gold by always being thoughtful of everyone around him. DaJean is living strength.” -- Ebony, DaJean’s mom 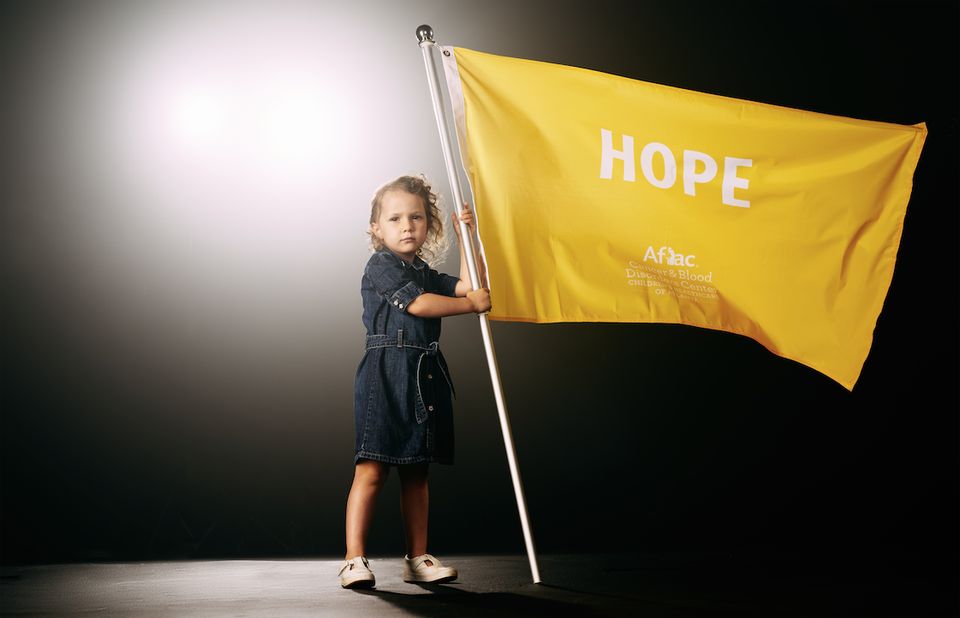 Childrens Healthcare of Atlanta
“Hope is the expectation and desire for something to happen. Hope is trust. We expect and desire for Caroline to beat cancer, and we trust that Aflac Cancer Center is the best place, leading our way through the storm of cancer ... and bringing us so much hope.” -- Jamie, Caroline’s mom 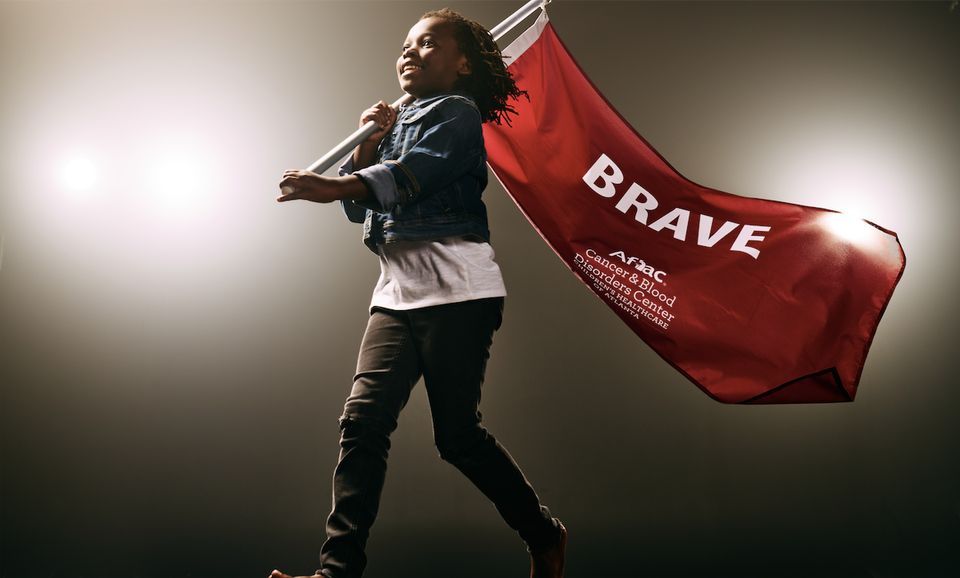 Childrens Healthcare of Atlanta
"Her first admission was at only five weeks old. I will never forget seeing her tiny little body as our amazing nurses tried to find a useable vein. Emmy blows us away with her desire to choose joy and bravery in the midst of pain that could take down grown men. She is the epitome of brave.” -- Courtney, Emmy’s mom 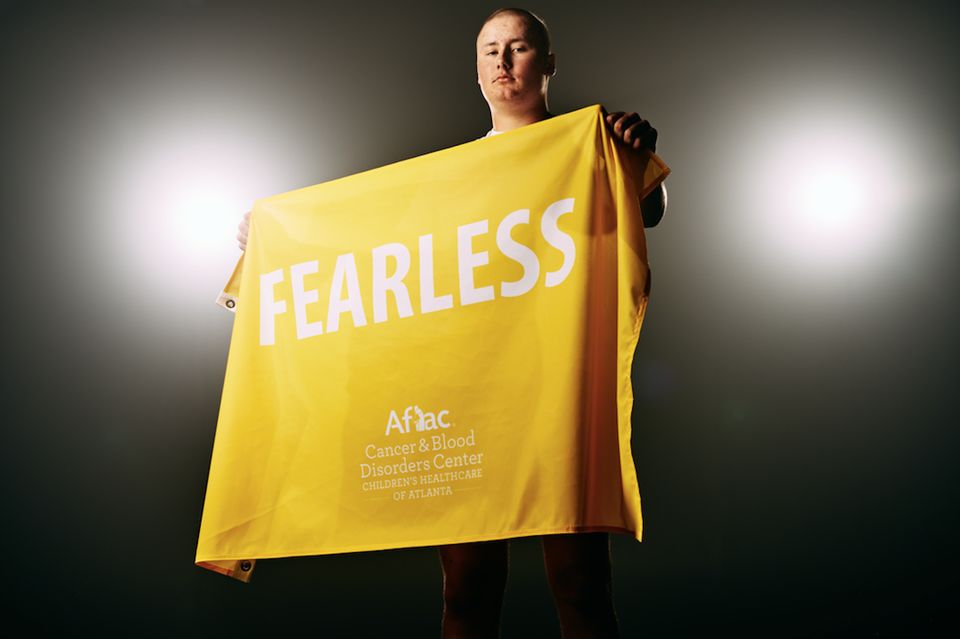 Childrens Healthcare of Atlanta
"Luke was diagnosed with Non-Hodgkin's lymphoma in February 2018, after months of fevers, pain, tests and surgeries. The cancer had covered most of his body, from his head to his pelvis. Luke endured six months of intense inpatient rounds of chemotherapy, and after the treatment, his MRI and PET scan showed no sign of cancer." -- CHOA spokesperson 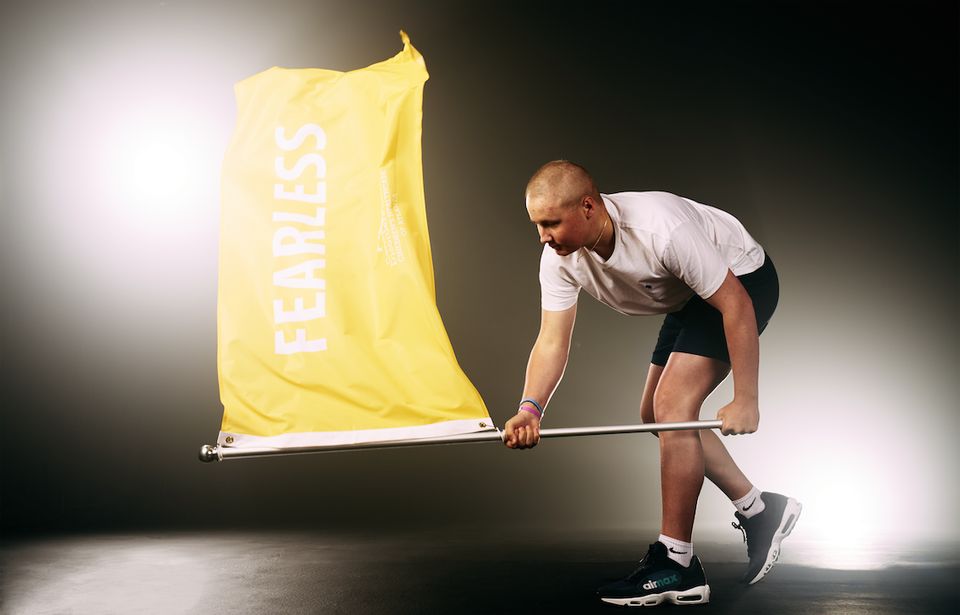 Childrens Healthcare of Atlanta
“Fear is a liar! It steals your joy and happiness. Throughout my journey, I was never afraid of cancer. I put my faith in God and my trust in my Aflac family to administer a treatment plan that suited my needs. On day one, I decided fear was not an option.” -- Luke

15 Things Parents Of Kids With Cancer Want You To Know