Known by its unofficial nicknames Stalinworld, Stalin’s World, and Stalinland,  Grūtas Park in southern Lithuania has sometimes been compared to a Communist Disneyland.

Grūtas was founded by mushroom tycoon Viliumas Malinauskas in 2001. The two-mile park is landscaped in the style of a mock gulag and boasts a sculpture exhibition featuring 86 Soviet statues rented by the Lithuanian government, a mini-zoo, a playground, museum and restaurant. The park sees 200,000 visitors annually.

According to its website, Grūtas aims to “provide an opportunity for Lithuanian people, visitors coming to our country, as well as future generations to see the naked Soviet ideology which suppressed and hurt the spirit of our nation for decades.”

Take a look inside this unique park, and the way its visitors participate in the reframing of their tumultuous Soviet past.

Take a look at more photos of the park: 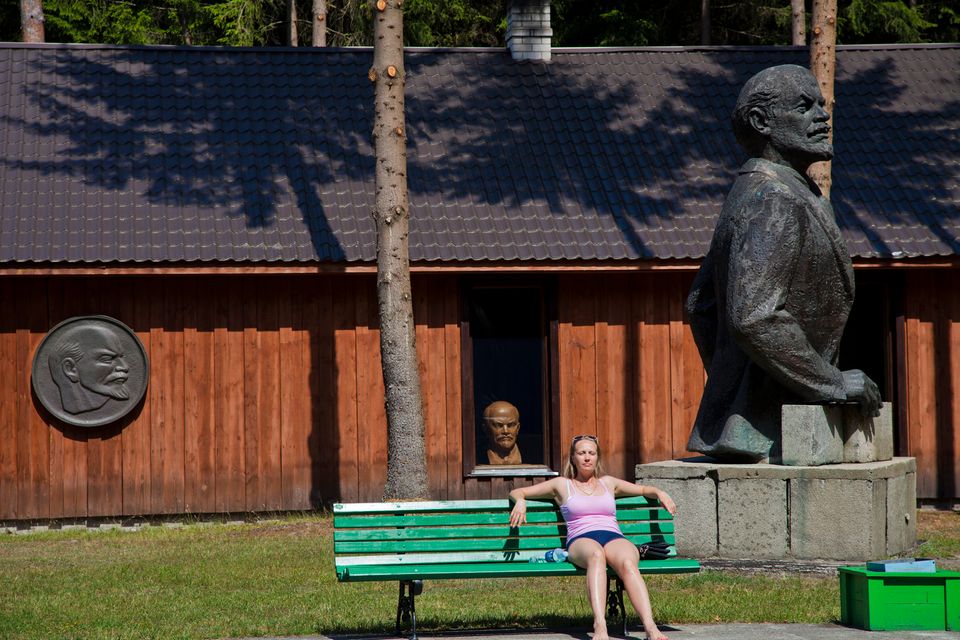 1 / 14
A woman tans under the watchful eye of Lenin.
Riley Arthur