Months back I was spending time with an old friend of mine. We were hanging out with each other, catching up and just having an overall good time.

In the midst of spending time together, however, my friend had eventually said something that had really hurt me. The words she said, the way she said it and the way she acted for the remainder of our time spent together left me offended, angry and sad.

In addition, as the night went on I had found that my old friend was following lifestyle choices that made me deeply concerned for her own well-being.

I had no idea what to say, how to say it, or even if I should say something. And so, I kept my thoughts and feelings to myself for the duration of the time we spent together.

Days later when I was spending time with my boyfriend I told him everything. What she said, what she was doing, and my own thoughts and feelings about the whole thing.

But some validation for my pain wasn't enough for me to heal and let it go. The pain still lingered.

I knew I needed to forgive, so I looked into my spiritual toolbox and pulled out prayer and meditation. I started meditating and praying about it in asking for spirit to help me forgive.

I would do it for a few days and the second I felt some kind of "release" I thought I was "healed" so then I'd stop... only to find that a few days later those hurt feelings would arise again.

This cycle continued for weeks. And since my hurt feelings were still there I'd talk to my boyfriend about it. Words of "I can't believe she said that" were on repeat.

And then one day in the midst of my boyfriend patiently listening to all of this, he eventually said, "Well, you can't control her."

I stopped and finally realized the cycle that I was really caught in: I was caught up in a codependent cycle.

A very basic definition of codependency is when one tries to control another person in some way. It can be seen through boundary violation either externally or internally.

This can come up externally in the wife of an alcoholic who wants her husband to stop drinking so badly that she tries to throw out all the alcohol in the house. On the flip side, this can come up internally in a husband who doesn't like his wife's spending habits so he complains about her behavior all the time. The first is a clear codependent behavior because there was an external action. The second is not as obvious because it is internal, but the energy and feelings of wanting to control is still very present -- and can still be felt by others.

Fortunately for me in this case, I wasn't violating any boundaries externally, but the internal desire to control was certainly there -- which was, truly, the reason for my deep struggle to let go and forgive. I wasn't fully recognizing the faults in my own behavior, so the prayer and meditation just wasn't quite cutting it.

So how can we follow to forgive, heal, and let go for good? Here are the two main steps:

#1 - You gotta recognize your own control patterns 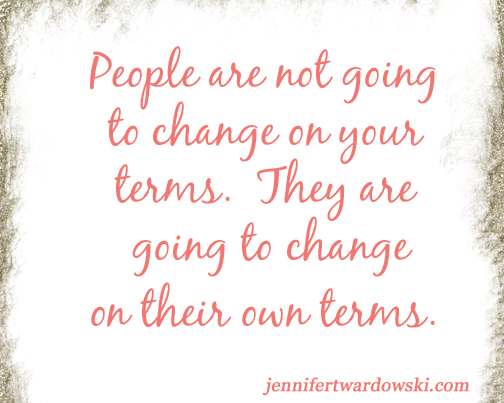 Once we've been able to recognize our own control patterns, its effective to do some kind of prayer or meditation with the intention to forgive. Maybe it's a visualization meditation like my forgiveness meditation in my album Ignite Love from Within. Or maybe it's a simple prayer in saying something like:

Spirit of the highest truth and compassion, I'm struggling to forgive [Name] because of [situation]. I have recognized my wrongs in this. I can see my desire to control and I know that it is no longer serving me or the relationship. I surrender my control and my desire to forgive to you. Heal [Name]. Heal me. Thank you very much. Amen.

You can tweek the words so that it most resonates with you, but doing some kind of act to surrender and release to spirit/the Universe in some way on a daily basis is what is going to help you truly heal and release your pain and resentments.

If you're struggling to forgive someone right now, ask yourself: What is my control pattern in this situation? How am I wanting to control the other person? How am I controlling? Share it in the comments below!

More:
emotional-healinghealthy livingrelationship advicehealingRelationships
Newsletter Sign Up
The essential guide to taking care of your mind and body
Subscribe to HuffPost’s wellness email
Successfully Subscribed!
Wellness delivered to your inbox