Danielle Weisberg and Carly Zakin had worked in pretty much every news division at NBC before they decided to walk away and launch their own company.

Enter theSkimm: a daily email newsletter targeted at millennials to deliver the news in a quick way that fits into their busy schedules. One email sent at 6 AM every morning aims to give subscribers everything they need to know about the latest news in politics, sports, entertainment and more.

The Huffington Post sat down with Weisberg and Zakin on Thursday to find out more about how these two friends, who met during a study abroad program in college, have now become the co-founders of one of the fastest growing e-newsletters.

At what point did you decide to leave NBC and start theSkimm, and what was that like?

Weisberg: It was terrifying. It was the scariest thing I think either of us has ever done because we're not really risk takers. We grew up being news geeks. I always had my head in a book. I loved just talking about what was going on in the city-- I grew up in Chicago-- and politics was always part of the dinner conversation. So that was something we bonded over.

Zakin: It was the most surreal thing. When we talk about it I get very awkward because I'm like, 'I would never quit my job.'

Weisberg: We loved our jobs. We grew up wanting to be in the building so we never really thought about leaving. But what we did think about was our own career path and where we were going to be in 5 to 10 years. Seeing the divisions that we thought we would work in or that we wanted to work in not exist in the same way really got us thinking about the longevity of the industry. 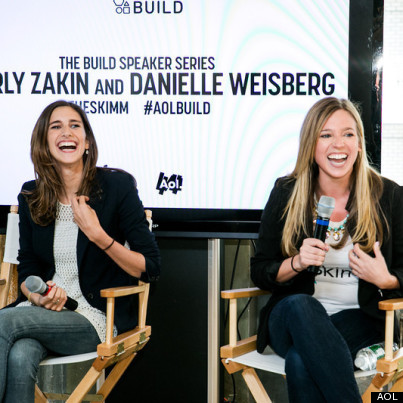 Where did the idea for theSkimm come from:

Weisberg: We looked at our friends who weren't connecting with what we were producing and what we were watching-- or what we were trying to get them to watch. I think anyone in news kind of has this feeling that all of a sudden their family members and friends start asking them what's going on in the world and there was really no news source that they loved on a daily basis that they felt fit in with their routines overall.

How are you bringing something different to the media landscape? What old structures of traditional media do you want to change?

Weisberg: I think what differentiates us is that we have a very niche audience. 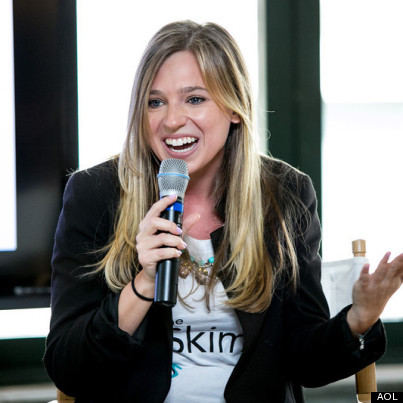 How would you describe that audience?

Weisberg: Women, 22 to 34, female millennials, smart, in a big city, with money to spend. We went after that audience but we went after them at a very specific point in their day. We focus on their morning, which also is a differentiator for us. Most importantly, we don't worry about being first. We're really not a place for people to go to see breaking news and that's been a luxury.

Zakin: The other thing that differentiates ourself is the passion for the community around us. Our social channels have nothing to do with news for the most part, I mean, we refer to things that we wrote about, but it's about the lifestyle and about the community and how this audience-- these Skimmers-- live their "Skimm life" and what does that look like. I think that is so rare for a news organization to have that. 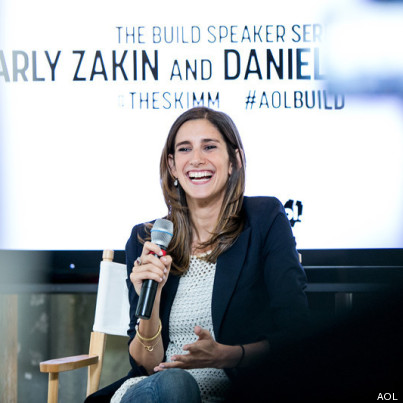 In an industry that is still so dominated by men, especially in top leadership positions, what has it been like so far to build this company as two female entrepreneurs?

Zakin: Doing this for the first time is really hard.... We would walk into meetings and we looked young and we were two bubbly girls and people were like, "Who did you pay to do your business plan? Who writes your sports coverage? Who writes your financial news coverage?" I don't know if that's about age or gender, but I think anyone in any industry encounters people who say ignorant things.

What is "success" for you? What will "success" look like for you at theSkimm?

Zakin: I think honestly, what we just did is a part of success [referring to the AOL Build event]. When we get to talk about what we've built...we created something that means something to [people] and is a part of their day and is making their day better. Seeing those reactions is just such a boost. It's such an energizer and it's momentum for us to become better CEOs and to take the company to the next level. Our metric for success for this year is user growth. That's all we care about.

Weisberg: On a personal level for us, this was something that we did because we obviously were really passionate about the idea but it was also a way for us to learn a whole new skill set. So, success for us in a lot of ways is becoming business women for the first time and striking out on our own. It's also about being able to run a company and still be human beings-- be sane, see our family and have lives-- that is definitely a part of our definition of success. 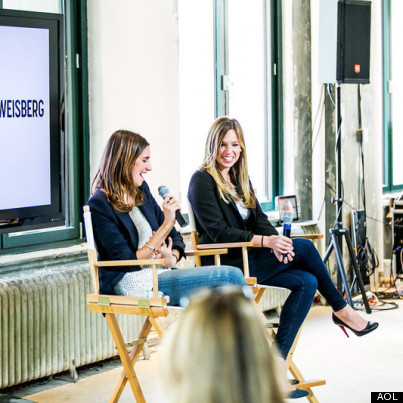